The 2019 edition of the series will kick off June 12 in the DeltaPlex Arena parking lot, with local bands opening each Wednesday night concert. See the full schedule at Local Spins. 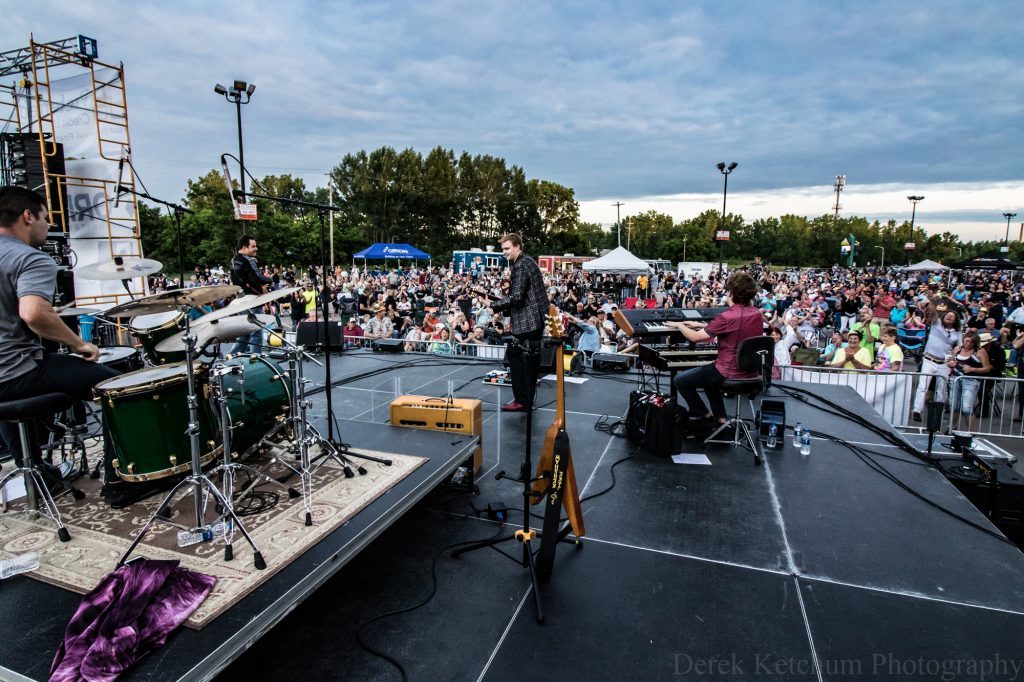 Back for the Blues: Jake Kershaw and his band will play WLAV’s Summertime Blues series for the third year in a row. (Photo/Derek Ketchum)

SCROLL DOWN FOR VIDEOS OF ALL THE HEADLINING ARTISTS

From a rising teenage star on Michigan’s music scene to blues guitarists with decades of experience under their belts, the 2019 edition of WLAV-FM’s Summertime Blues series at DeltaPlex Arena in Walker will showcase much of what that genre offers.

Announced today, the LAV Scully Statewide Moving Summertime Blues Series kicks off June 12 with 17-year-old blues-guitar powerhouse Jake Kershaw, of Marshall, who’s playing the series for the third straight year and who’s drawn some of the biggest crowds since WLAV moved the Wednesday series to the DeltaPlex parking lot in 2015.

“I am blessed,” said Kershaw, who just graduated from Marshall High School, but who has been touring, recording and turning heads in Michigan for several years. 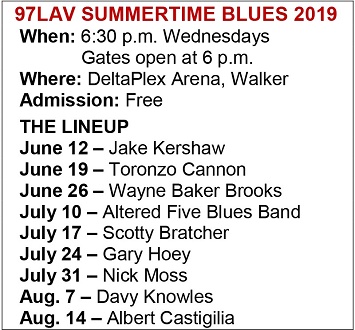 “I’m very excited about it. (I’ll have) new material and a nice surprise to throw in.”

The rest of the 2019 series boasts a mix of returning favorites and some new faces, including veteran artists Wayne Baker Brooks and Nick Moss of Chicago, New York’s Albert Castiglia and Massachusetts’ Gary Hoey.

Other rising stars in the scene also are part of the lineup, including the U.K.’s Davy Knowles, Chicago’s Toronzo Cannon (who’s 51 but didn’t release his first album until 2007) and Ohio’s Scotty Bratcher, along with Milwaukee’s Altered Five Blues Band.

As in past years, local bands selected as part of Tony Gates’ “Tone’s Homegrown Bands” program will open the shows at 6:30 p.m., with gates opening at 6 p.m.

A parking and gathering area for motorcycles and a Classic Car Show are also part of the Wednesday night concerts, with food, beer and other beverages available for sale. Parking is free.