It’s been a productive 2020 for many West Michigan bands debuting new music, with many releasing captivating videos to accompany those tracks. Check 10 of them out in this mid-October roundup. 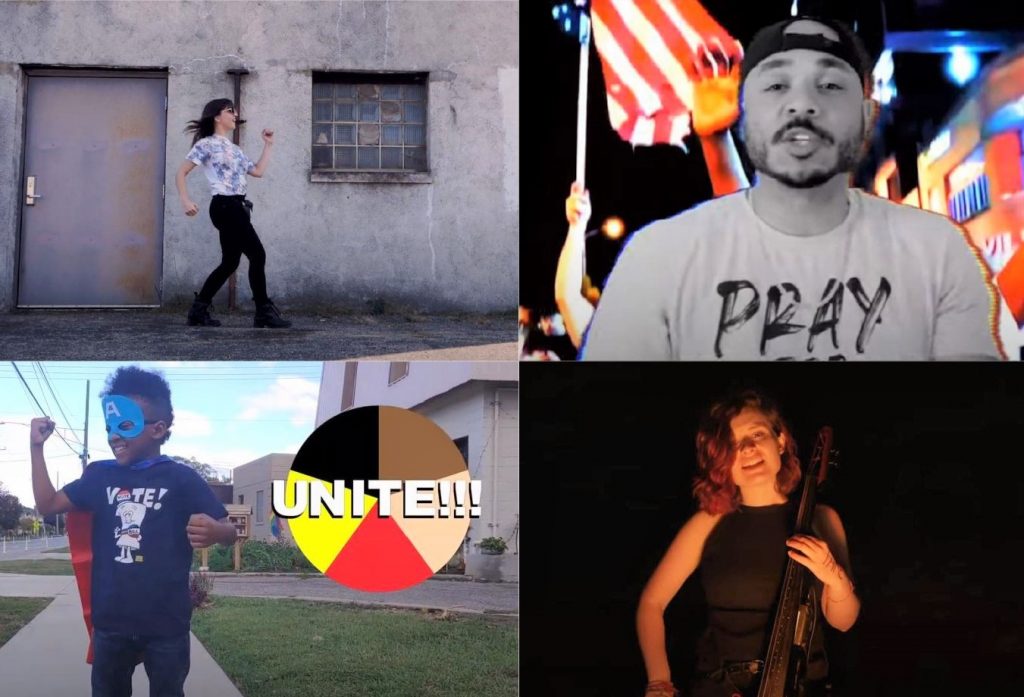 Colder weather is moving in, which makes this the perfect time to kick back in your cozy warm abode and revel in new music videos created by West Michigan artists who’ve been busy so far in 2020 releasing albums, EPs and singles.

Are you a local or regional artist with a new video you’d like to share with Local Spins readers? Email the link to john@localspins.com and make sure you include some background information about the video and the song.

This video is a blast, not only for showcasing all of the Grand Rapidians and familiar faces singing along to this uplifting, punk-hued rocker from Brother Wolf (Benjamin Joseph), but because it achieves the mission of “proving joy, hope and unity to the hearts of America.” The song “is pretty timely considering the election coming up and our need to get some compassion back into government at all levels.”

The Accidentals, “How Many Hands”

This song originally written by Traverse City’s The Accidentals for the recent “No Distance Festival” and dance project and aimed at encouraging more people to get out to vote, also ended up on the new United Songwriters for the People’s Sovereignty compilation project. Interestingly, and strangely, it also drew some negative reaction: The band “lost quite a few social media ‘likes’ while encouraging people to vote.” Go figure.

The Crane Wives, “Queen of Nothing”

To help promote their new live album (recorded in February during a sold-out show Grand Rapids’ Listening Room), Grand Rapids folk-rock band The Crane Wives released a video for the new song “Queen of Nothing” that features artwork being created by singer-guitarist Emilee Petersmark.

It’s undeniable that the latest album from Albion’s Michael and Tanya Trotter, aka The War and Treaty, represents their most compelling and impressive collection yet. And the official video for the first single, “Five More Minutes,” showcases everything that makes this loving, soulful group special.

Bluesy Grand Rapids rock band Barrel Bones has released a series of singles in 2020, and the latest entry, “Sleepwalkers,” makes a pretty powerful statement about those who might keep their “head in the sand” while “sleepwalkin’ in a daydream.”

Northern Michigan singer and super-guitarist Jake Allen just released a lush, pop-hued indie-rock record. This is the the first single, “Rising Tide.” If you haven’t listened to Allen’s amazing music, it’s high time you did.

There’s plenty of early Joan Jett/Pat Benatar fire in Patty PerShayla’s vocals, and there’s lots of that — and muscular guitar work — in the debut album from Patty PerShayla & The Mayhaps. It’s on full display in this music video.

You never know what Jack Droppers & The Best Intentions will come up with next — and this creative music video proves it (accompanying the rock group’s latest single).

Jamie Brackman, “Waiting on a Friend to Call”