The Rockford multi-instrumentalist from Celtic/world music’s An Dro moved an old piano into his garden and created an amazing video montage filmed over a year, enhanced by an original composition. 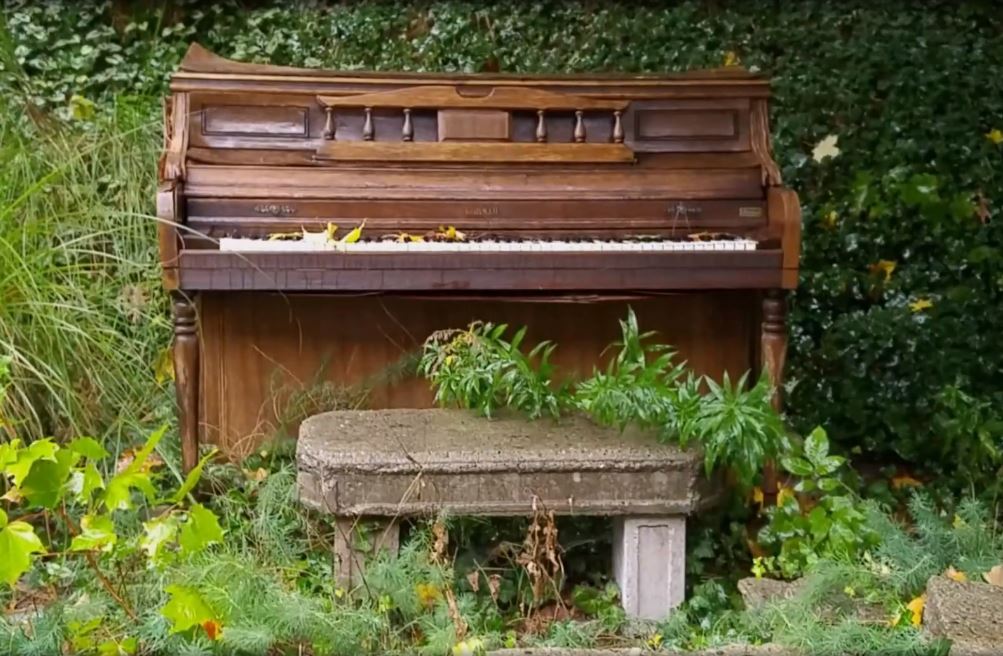 An Old Piano and a Garden: The focus of a creative year-long music video project.

EDITOR’S NOTE: This is the second week of a year-ending Local Spins series focusing on unusual and compelling music videos created by local artists. Last week, it was Grand Haven singer-guitarist Dave Palmer’s “Burn.” Today, it’s the story of an old piano, a garden and Jim Spalink’s music. An Dro’s talented multi-instrumentalist tells the tale of nature reclaiming his piano in his own words, joking that he plans to film a video of the piano “every year until I am 125 or so.”

My old piano sat in my studio for years, and it was always out of tune because I didn’t play it often enough to justify regular tuning and maintenance on it. 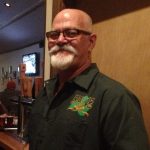 When I got an electronic keyboard, although I much prefer the old wood and wires, the old acoustic piano became completely ignored and just took up valuable real estate in my crowded studio. It had to go.

No one wants those heavy high maintenance things anymore and you literally cannot give them away.

So I thought that the best way to honor and immortalize its years of service would be to put it in my garden and document its return to nature by taking regular video of it, as well as to write a simple piano piece to accompany the images.

This autumn marks the first year that it has been out there.

Initially, it was intended to be a year-long project, but I soon realized that I need to make it an indefinite annual project because it just keeps looking cooler. After 12 years or so I will have an album: No doubt by that time we will both have grown pretty weathered. 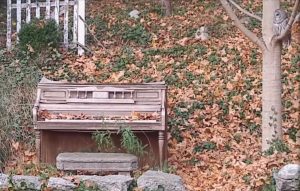 Winged Star: The snowy owl perched at right made an appearance during filming by Jim Spalink.

It’s interesting that when it was first out there it looked out of place, and people were a bit confused about it being in the garden, but now that it is more weathered and venerable it clearly belongs there and people get it immediately.

The owl you see appeared as I was literally working on this video. He appears at the end of it. The video begins with a shot of a sharp-shinned hawk taken last spring as it flew by. It was a total “Hail Mary, hope I get it” shot. Also appearing is my dog, Frodo, who decided to walk through one of my shots.

I did a similar project a few years ago titled “The Burn,” where I burned several instruments that were no longer playable or repairable. (Watch that video below.)