In a Local Spins interview, Brian Vander Ark, frontman for the Grand Rapids band, says he’s ’embraced the rock again’ as the group prepares for a homecoming show Saturday at 20 Monroe Live. 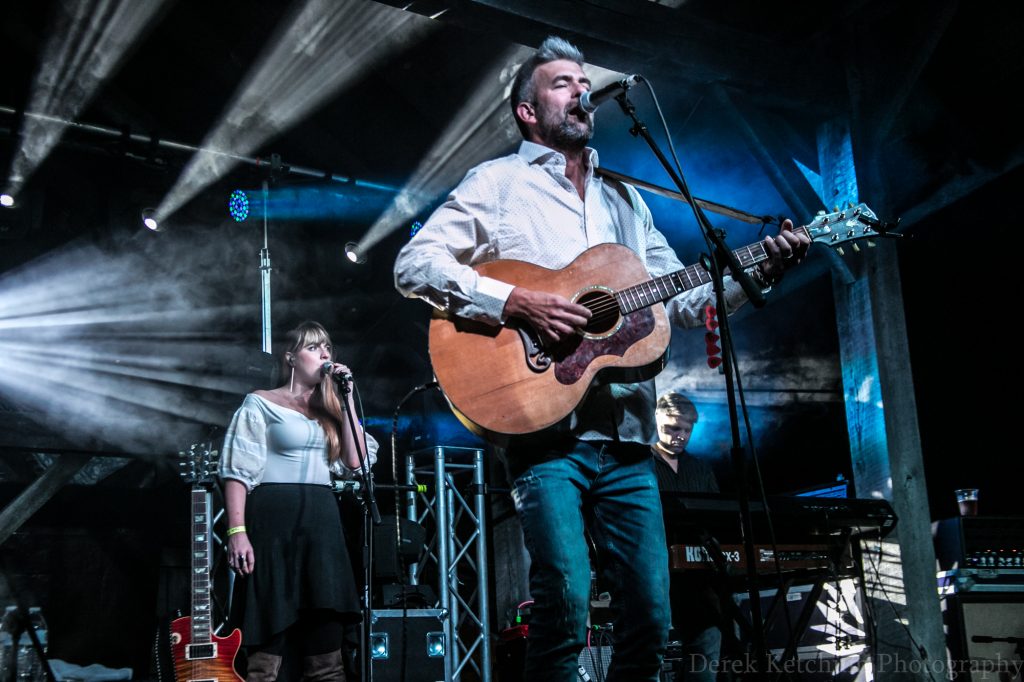 THE BAND: The Verve Pipe
THE MUSIC: Alt-rock
WHERE YOU CAN SEE THE BAND: 8 p.m. Saturday (Feb. 10) at 20 Monroe Live in Grand Rapids (with Sponge)

For The Verve Pipe frontman Brian Vander Ark, to be selling out concerts 25 years into a career of ups and downs in the music industry is “validation” of the band’s stature. 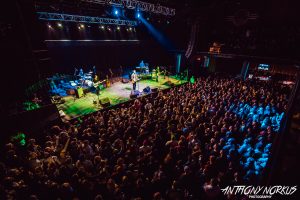 Back to 20 Monroe Live: The band returns to the Grand Rapids venue on Saturday. (Photo/Anthony Norkus)

The platinum-selling West Michigan band is back on the road this year to continue promoting its 2017 album “Parachute” and treating fans to some ’90s nostalgia with chart-climbing tunes such as “The Freshmen” and “Photograph.”

“No one is bored, that’s for sure,” said Vander Ark of the band on tour. “We’re more energized than ever before.”

The Verve Pipe will bring that energy home to Grand Rapids on Saturday at 20 Monroe Live. Set to open the show is Detroit’s Sponge, another popular ’90s Michigan act.

At this time last year, The Verve Pipe was among the first acts to take the stage at the new 20 Monroe Live venue, performing its platinum-selling “Villains” album from front to back. Vander Ark said that performance “propelled the band emotionally into 2017.”

Maintaining a career in music over the years has been touch-and-go according to Vander Ark, The Verve Pipe’s last remaining original member. When the band started feeling “stale” for Vander Ark and company in the mid-2000s, the band took a hiatus from making rock music in favor of any approach that could help. 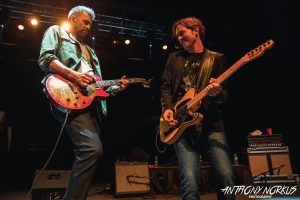 A Real Blesssing: The Verve Pipe has enjoyed a resurgence the past few years. (Photo/Anthony Norkus)

For Vander Ark, that meant a solo career. He’s released several singer-songwriter recordings and performed at hundreds of house concerts on his “Lawn Chairs and Living Rooms” tours for more than a decade.

But the band’s recent foray back into rock music – with 2014’s “Overboard” and 2017’s “Parachute” – has proven fruitful, garnering the band newfound attention from fans and promoters across the country. (Watch a video of a song from “Parachute” below.)

Vander Ark is also enthusiastic to be touring with some of Michigan’s top talent, including Randy Sly, Lou Musa, Sam Briggs, Channing Lee and Joel Ferguson (who produced “Parachute”) as well as guests Mark Byerly, Brad Phillips and Craig Griffith.

BUILDING ‘MOMENTUM’ WITH THE VERVE PIPE

The band has been writing while on tour and will get back in the studio in March to begin its next album. Vander Ark hopes to release the upcoming album the same way he did “Parachute,” with the band releasing a song digitally every two weeks leading up to an official full-album release date. 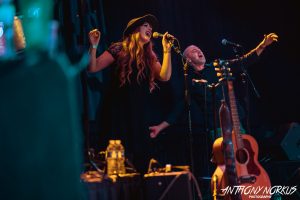 The Band: Channing Lee and Craig Griffith of The Verve Pipe. (Photo/Anthony Norkus)

“It’s much better than in the old days, when you write for a year and then go into the studio for three months and then you wait another six months for the label to release it. It just becomes stale for you as a songwriter, you get sick of it. That’s where things get boring to me.”

These days, the turnaround for a song – from inception to recording and release – can be as short as one week. And that method seems to have worked.

“We gained thousands of new fans on ‘Parachute’ and that’s been a real blessing for us. We happened upon something that touched a nerve with a bunch of people,” he said.

Outside of the band, Vander Ark is equally busy. In addition to being a father of three, he’s working on publishing a book and writing a musical.

As for his intimate house concerts, Vander Ark said he’ll have to slow down this summer in favor of working with The Verve Pipe.

“The main focus is The Verve Pipe and it has to be because the momentum is definitely with us right now,” he said. “That has to be a priority.”