The hard-hitting Michigan bands join metal powerhouses — Disturbed to Breaking Benjamin — at this weekend’s return of Upheaval Fest to Grand Rapids’ Belknap Park. The back story and festival schedule. 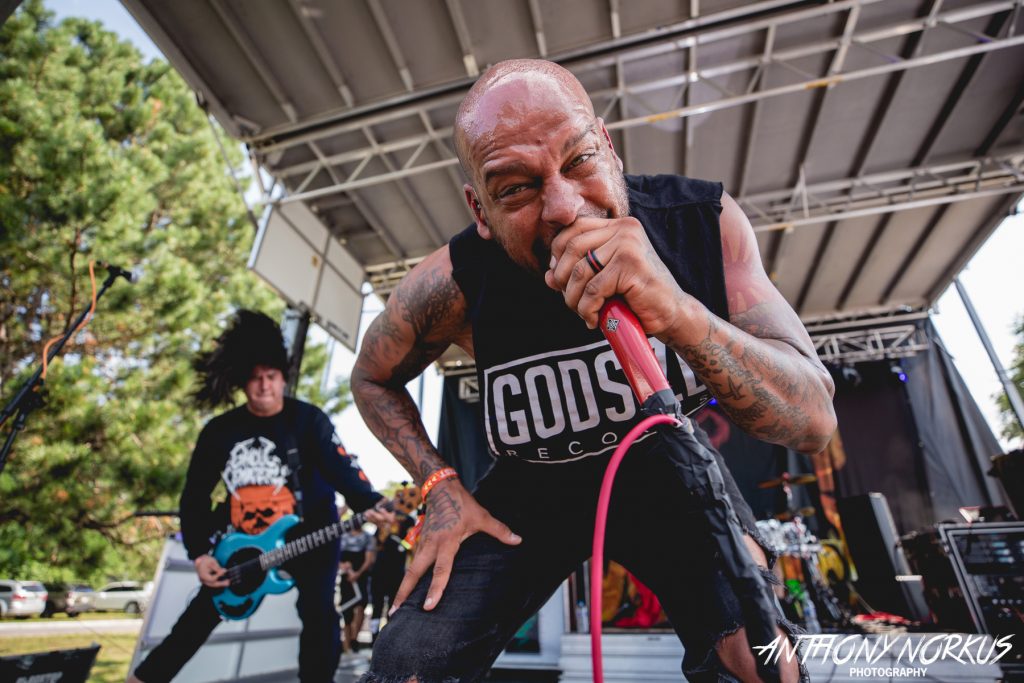 Moving Up by Moving Down: Heartsick heads down the hill to the Main Stage on Saturday. (Photo/Anthony Norkus)

When Lansing’s Heartsick unleashed its explosive, uber-energetic cauldron of melodic hardcore and metalcore on the secondary Lookout Stage at last year’s Upheaval Festival, the band impressed fans, newbies and critics alike with its ferocity and fearless crowd-surfing.

“I really think it just boils down to being able to represent our home state in such a professional setting and deliver just as equal professionalism in our performance for the fans and the promoters and organizers,” offered lead singer Alfonso Civile, noting that Heartsick releases a new single and video on July 21. 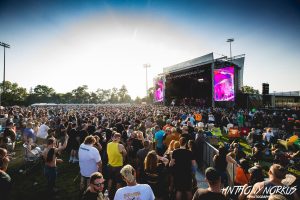 “We know the process and how the festival works so we are better prepared on how we want to execute our set. So this year people can expect a really diverse set from us with songs that touch on all the facets of what we as a band are about.”

Heartsick is one of two Michigan bands pumping up the second-year, two-day rock festival, which kicks off at 1 p.m. Friday and runs through 11 p.m. Saturday — and a third Great Lakes State group will rock Saturday’s after-show at The Intersection. Two-day festival passes ($159) and single-day tickets ($85) are available online at upheavalfest.com.

Debuting at Upheaval this year and getting the afternoon started at 1 p.m. Saturday on the Lookout Stage atop the big hill at Belknap will be Alpena’s Katharsys Theory.

RUBBING ELBOWS WITH BIG NAMES & AN OPPORTUNITY TO SHOWCASE THEIR MUSIC

“It is incredible to have the opportunity to play alongside some of the biggest names in rock music today. And to know that we grew up listening to some of these bands, it makes it even more surreal,” said band member Carlos Vivero. “It is also special because we are going to have an opportunity to gain great exposure, and to know that we are one of two bands that are going to be representing the state of Michigan. Our fans can expect a high-energy show with a lot of headbanging. We will also be playing two new songs and are very excited to give them a sneak peak of our new material.”

Metal fans who haven’t had their fill of headbanging after two days can head down the road to Elevation inside The Intersection, where Mount Pleasant’s Nagazi will join John 5 and City Awake for the festival’s after-show. Details, tickets here. There’s also an after-show on Friday.

Nagazi frontman Joe Hafer said the band is eager to get “our name and music in front of so many new faces” and uncork “crushing grooves, shredding riffs and soaring solos.”

“Festivals attract people from all over the country,” he noted. “So, it’s a great opportunity for us to showcase ourselves, grow and meet so many amazing new people. We love meeting new fans.” VIDEO: Katharsys Theory, “We Will Rise”

VIDEO: Nagazi, “March of the Serpents”