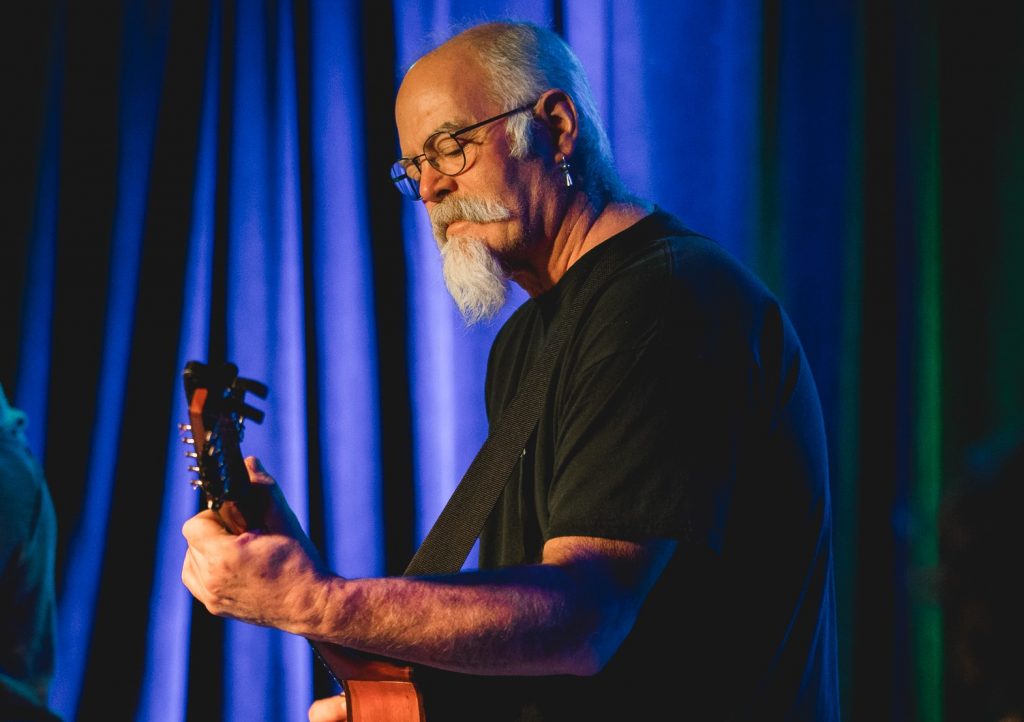 EDITOR’S NOTE: With its weekly playlists, Local Spins has regularly showcased places in West Michigan where live music has been silenced due to COVID-19. Today, David Ringler, owner of Cedars Springs Brewing Co., spotlights “a blend of fun, thought-provoking” and very eclectic songs, many of them by artists who’ve performed regularly at CSB.

Over the past five years, Cedar Springs Brewing Co. in downtown Cedar Springs has changed the landscape in this northern Kent County community with its beer, its food and its live music offerings.

With COVID-19 shutting down most live music opportunities over the past 10 months, brewery owner David Ringler offers up a Top 10 playlist of tracks that are diverse as well as reflective of some of the entertainment that Cedar Springs Brewing has hosted. In his words:

“I’m not sure, but if there is a theme here, it’s a blend of fun and thought-provoking music from across the northern, beer-drinking hemisphere.

“We’re missing everyone terribly and look forward to re-starting our live entertainment program as soon as we’re able. Typically, we’ve hosted music Wednesday through Thursday and twice on Sundays during most of the year, with trivia in our enclosed, heated outdoor Wintergarten on Mondays. During this shutdown, we have heated seating in our outdoor Bierdock.”

2. Opus, “Live is Life” (1985) – This is the quintessential modern “Oktoberfest” celebration tune by an Austrian band and was ubiquitous on “Der Wies’n” in the late ’80s and early ’90s when I was being seduced by Bavarian culture. This always reminds that the entire premise of a festival is to have a good time.

3. Kevin Schaffer, “Much to Young” (2015) (Garth Brooks cover) – Kevin is a talented local country guitarist, who looks a fraction of his age, but performs beyond his years. I don’t think we have anyone who performs regularly at CSBrew with as many regular fans as Kevin.

4. Pete Kehoe, “Everything Must Change” (2015) – This northern Michigan icon is an incredible live performer, as a solo, duet or group artist. Here, he delivers a timeless original ode to making the world a better place.

5. LaBrassBanda, “Autobahn” (2008) – One of the first Bavarian bands I fell in love with. They perform barefoot in Lederhosen and sing in a thick, Bavarian dialect, but their infectious tones translate to any language. Their annual Biergarten tour is not to be missed if you ever have the opportunity.

6. Rick Chyme, “1000 Miles from Nowhere” (2013) – I first saw Chyme live at a Winter Beer Fest and his infectious “Midwestern” rhymes were always an intriguing mix of “here” and “somewhere else,” often with powerful messages.

7. Lipstick Jodi, “Anymore” (2018) – Lipstick Jodi played one of our very first shows at Cedar Springs Brewing and (frontwoman) Karli’s dad, Curtis, keeps us to date on their ass-kicking, guitar and aggressive-lyric driven careers.

8. Billy Strings & Don Julin, “Freeborn Man” (2014) – I saw them for the first time at Rockford Brewing Co. and was blown away at the energy and soul of such a young picker, who was soon to be discovered by a wider audience. By the time we opened Cedar Springs, he was out of our league with no signs of slowing down.

9. New Barleycorn, “Fields of Athenry” (Traditional) – The original Barleycorn folded in 1974 after a three-year ride, and the New Barleycorn of Alex & John have performed out of their Cleveland base since. Their blend of humor, Irish music, celebration, longing and whiskey have generated some of the more memorable performances I’ve ever seen. If you ever hear them perform the “Old Dun Cow,” it’s not to be missed.

10. Trixy Tang, “Turn Up the Radio” (2018) – Trixy Tang has rocked our Cedar Springs Brewing Fall Festival Celebration (concurrent with Red Flannel) the past two years and they’re just plain fun, with a ton of energy and good-times-’80s tunes.

HONORABLE MENTION: Branded, “Live” (2016) – This was the first “packed house” show we had at Cedar Springs Brewing with the reunion of local country-rock band Branded, who blew the roof off that summer.

Note: Tracks by Kevin Schaffer and Pete Kehoe are unavailable on Spotify; Billy Strings & Don Julin’s “Freeborn Man” is replaced with “Dust in a Baggie” on this playlist.