Starting Thursday, the 10-day event boasts acts from West Michigan, the east side and more, with poetry slams and films part of a festival that oozes intimacy and an all-ages vibe like Grand Rapids’ The DAAC. 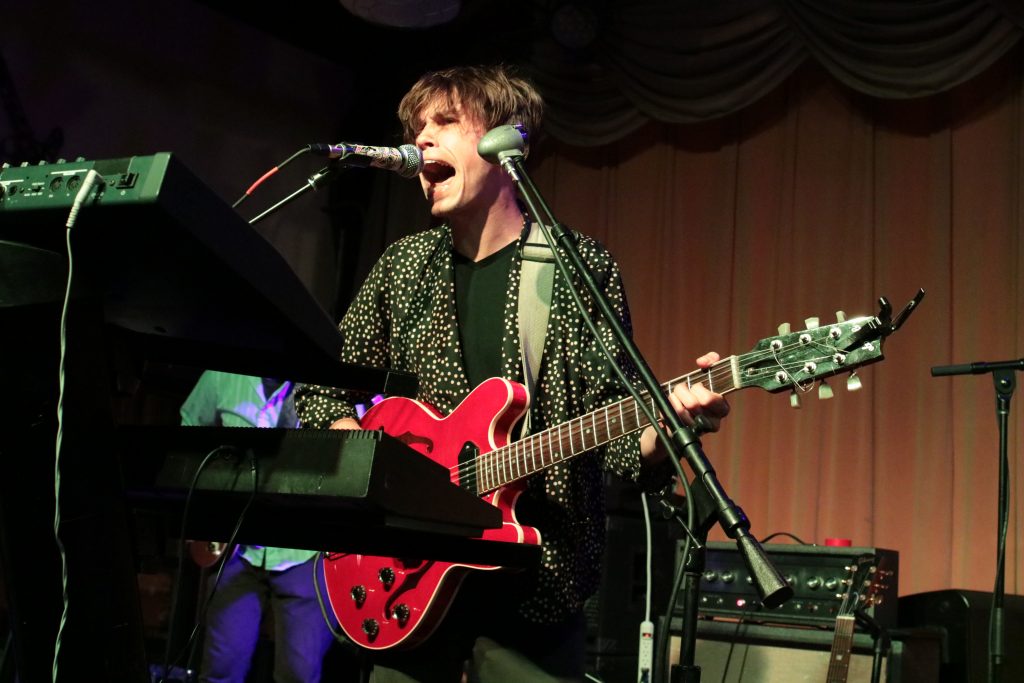 Showing Support for a Visionary Event: The Go Rounds perform this weekend at the Patchwork Festival. (Photo/Anna Sink)

SCROLL DOWN FOR VIDEOS OF SOME FEATURED PATCHWORK BANDS

Inspired by the creative roots of Grand Rapids’ ArtPrize and the Division Avenue Arts Collective (The DAAC), the second annual Patchwork Festival in the Great Lakes Bay area of Saginaw, Bay City and Midland will host a strong contingent of West Michigan bands. 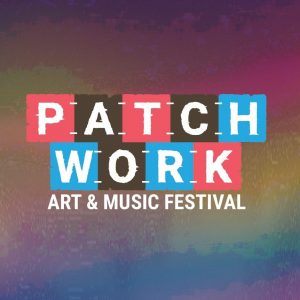 The festival runs Thursday through May 13.

Patchwork encompasses a broad spectrum of art in various locations in the three cities starting Thursday through May 13, kicking off with an opening reception at 6 p.m. Thursday at Counter Culture, 620 Gratiot Ave. in Saginaw.

Music is a major emphasis of the festival, with nearly 50 bands slated to perform during the 10-day event, which is sponsored by Shorts Brewing Co.

Some of the bands are from eastern Michigan and even the East Coast, but there are several that are familiar to Grand Rapids and Kalamazoo music fans, including The Go Rounds, PARTS and Houseplants.

Organizers Benjamin Champagne and Curtis Dalton, of the Saginaw community arts nonprofit Counter Culture, dreamed up the Patchwork Festival more than a year ago.

“Counter Culture is modeled off of the DAAC’s 10 points,” he said, which are characteristics desirable in a community arts scene — traits that, in turn, are based on principles from Chicago’s Mess Hall.

“I grew up in all-ages scene,” Champagne said. “The idea is to reach young people and bring them together. I want people here to be exposed to these sort of opportunities.”

ROCK TO HIP HOP TO PUNK TO ELECTRONICA AND MORE

The music at the festival spans rock to hip hop and punk to electronica. Other events include film premieres, poetry slams, wellness activities, seminars and more.

Headliners include Alex G, Nothing and Sorority Noise, East Coast bands who might otherwise skip over the Tri-cities bay area when touring through the Midwest, Champagne added. 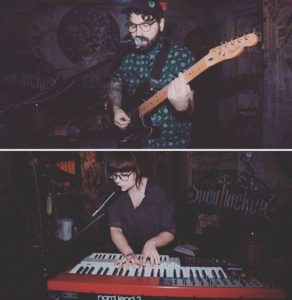 “The bigger acts feed into the festival’s mission: to expose the community to art,” he said. “Last year, was very Detroit-centric, which was not good enough. We want a wide selection, to never lose our focus to get local and state-level artists, and to touch every corner of the state.”

Champagne’s father once told him, “You can go to Chicago and ride the wave, or you can be here and make the wave.”

There’s no doubt about Champagne’s decision.

“Saginaw, Bay City, and Midland don’t have humongous populations, but when you combine them, you tighten a bond, enjoy each other’s company, and also get bigger crowds,” Champagne said.

“Ben would run himself ragged for it,” Graham Parsons, frontman for Kalamazoo’s soulful and psychedelic The Go Rounds, said of the Patchwork Festival.

Some West Michigan bands at this year’s festival see Patchwork as an extension of intimate basement and living room shows. Grand Rapids’ dream-pop duo Houseplants got its start by playing in basement venues in Kalamazoo and at Grand Rapids’ Lamp Light Festival (under their old name, Dear Tracks).

Houseplants’ Matt Messore said he was touched by the enthusiasm of all-ages basement spaces like Rancho Unicorn in Kalamazoo.

EMBRACING A NEW EXPERIENCE, THRIVING ON A ‘REAL HUMAN CONNECTION’

“I initially recorded iPhone because it was available, but it also feels soft, fuzzy, and warm, like falling asleep in your clothes,” Caren said. “I’ve only played house shows, and I’ve been going to them since I was 15. It’s attainable, fun, and there’s something intimate about these spaces.” 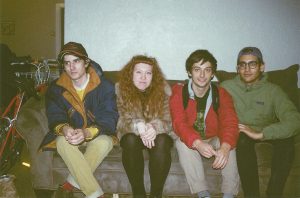 “It’s cool to see familiar names on the bill, to be a part of the festival, and to embrace this new experience in an area I’ve never played in,” Messore added.

Although The Go Rounds routinely tour across the country, Parsons said he gets “filled up” by coming back to play basement shows in Kalamazoo’s student ghetto.

“I thrive on real human connection — and Patchwork is just that,” Parsons said. “With every generation or so, there’s someone who puts in the work to build a scene where a lot of people in the city can support it, but it takes someone with a vision.”

Artists across the state are enthusiastic to support the creative minds behind Counter Culture, he added. “Benjamin, who emphasizes all-ages spaces that are alcohol-free, is that visionary and I want to continue supporting him,” Parsons added.

Said Champagne: “We’re a boutique festival. Lollapalooza doesn’t cater to a certain vision or take it into a smaller venue. Our largest venue caps at 1,000 people. We’re a roaming festival that moves city to city.”

Houseplants, peach faygeaux and The Go Rounds all plan to release new music by early summer.

Fans can catch these West Michigan bands near the start and the end of the festival: including Houseplants, Friday at Midland’s Creative 360; The Go Rounds with metro-Detroit natives Frontier Ruckus Saturday at the Masonic Temple in Bay City, and peach faygeaux, on May 11 at Bay City’s Golden Gallery and Custom Framing.

General admission to the festival is $30. For more information, including a full event listing and ticket prices, visit the Patchwork Festival’s website, patchworkis.com.

ABOUT THE AUTHOR: Colin Smith is a Chicago-based and Michigan-born writer and musician. He currently works for the Illinois Humanities Council, was in the Kalamazoo psych-pop band King Median, is an editor at Third Coast Review, and contributes to many publications. When he’s back home, he can probably be seen at Brewery Vivant.