In what may be the scariest year ever, Halloween 2020 rears its spooky head on Saturday. To get folks ready, Local Spins presents some of its readers’ favorite terrifying tracks for a spine-tingling soundtrack. 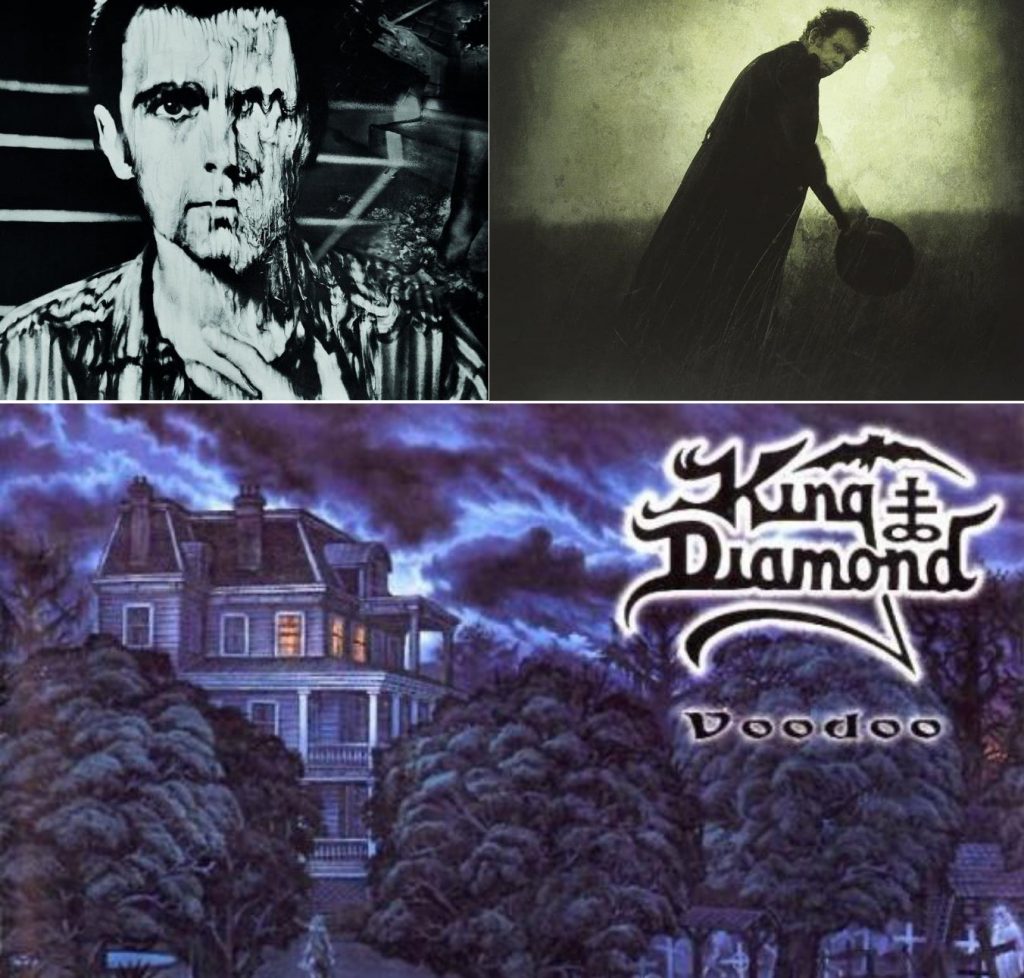 Certain songs raise the hairs on the back of your neck and quicken your pulse — especially at night, in the dark and throughout Halloween week.

So in a year that qualifies as one of the scariest ever, Local Spins asked its readers to cite their “favorite” most frightening songs of the rock ‘n’ roll era.

The choices for scariest tunes ranged from the authentically creepy (Black Sabbath’s “Black Sabbath” or various Nick Cave & The Bad Seeds tracks) to the silly (“Monster Mash,” Napoleon XIV’s “They’re Coming to Take Me Away, Ha-Haaa!”) to just comical (“Happy Birthday,” “How Much Is That Doggie in the Window?”).

We’ve sorted through the musical graveyard and unearthed the 10 creepiest for this week’s playlist. And we don’t take any responsibility if you choose to listen to this playlist with the lights off.

1. “Tubular Bells,” Mike Oldfield (1973) – Thanks to its use in the soundtrack for one of the scariest movies of all-time, “The Exorcist,” several readers picked this uber-recognizable collection of music created by 19-year-old English composer Mike Oldfield. Iconically frightening to this day.

2. “Intruder,” Peter Gabriel (1980) – The opening track on Peter Gabriel’s third solo album creates an incredibly eerie vibe, enhanced in no small part by the first-ever gated drum effect used by Phil Collins, along with other creepy sounds. It’s one of several chilling tracks that Gabriel has recorded over the years, with readers also picking songs such as “The Rhythm of the Heat” and “San Jacinto.”

3. “DOA,” Bloodrock (1970) – The sirens. The bloody imagery. Banned by some radio stations. Hard rock’s Bloodrock wrote this about the victims of a plane crash dying on the way to the hospital. We present the complete 8-minutes-plus version, just to give you the full gruesome effect.

4. “What’s He Building,” Tom Waits (1999) – Ever wonder about a reclusive neighbor who sends out weird packages and makes pounding noises from “underneath the door”? Reader and musician Justin “Stovepipe” Stover says “all of Tom Waits songs have a spooky vibe underneath them, even the love songs I often think are actually written about a ghost or something. (This) song is just really unsettling and it gets scarier as it goes on and the noises in the background are almost a little bit hard for me to listen to at night.”

5. The Cure, “Subway Song” (1980) – It’s stripped down, short and guaranteed to make you jump at the end. The spare lyrics say it all: Midnight in the subway, she’s on her way home/She tries hard not to run but she feels she’s not alone/Echoes of footsteps follow close behind/But she dare not turn around/Turn around.

6. Iron Butterfly, “In-A-Gadda-Da-Vida” (1968) – Yup, this 17-minutes-plus epic still stands out for its haunting, organ-heavy milieu, something director Michael Mann used to terrifying effectiveness in the climax to “Manhunter,” his 1986 film about a serial killer.

8. Slayer, “South of Heaven” (1988) – No Halloween playlist would be complete without a shout-out from metalhead and occasional Local Spins contributor John Serba: “This is the eeriest guitar riff I’ve ever heard. Freaked me out when I was 14, still haunts me now. Lyrically, it’s not the band’s usual cartoony Satanism, but reflections on an evil world, divine punishment, apocalypse.”

9. Pink Floyd, “Sheep” (1977) – Pink Floyd has unfurled more than its fair share of harrowing masterpieces: “Careful With that Axe, Eugene,” “One of These Days,” “On the Run.” But “Animals” in its entirety is rife with petrifying moments and nowhere is it more chilling than on “Sheep,” with its slow-build dynamics, brilliant electronic effects that seamlessly meld vocals into blaring guitar riffs and some of the most menacing lyrics ever.

10. King Diamond, “LOA House” (1998) – What would this frightening lineup be without a Scandinavian death metal/black metal entry? King Diamond was cited by several readers. And as the band puts it on this track: “In the LOA house, misery will strike again … They never should have come to the LOA house.”

THE 10 SCARIEST SONGS EVER: The Local Spins Readers’ Playlist on Spotify