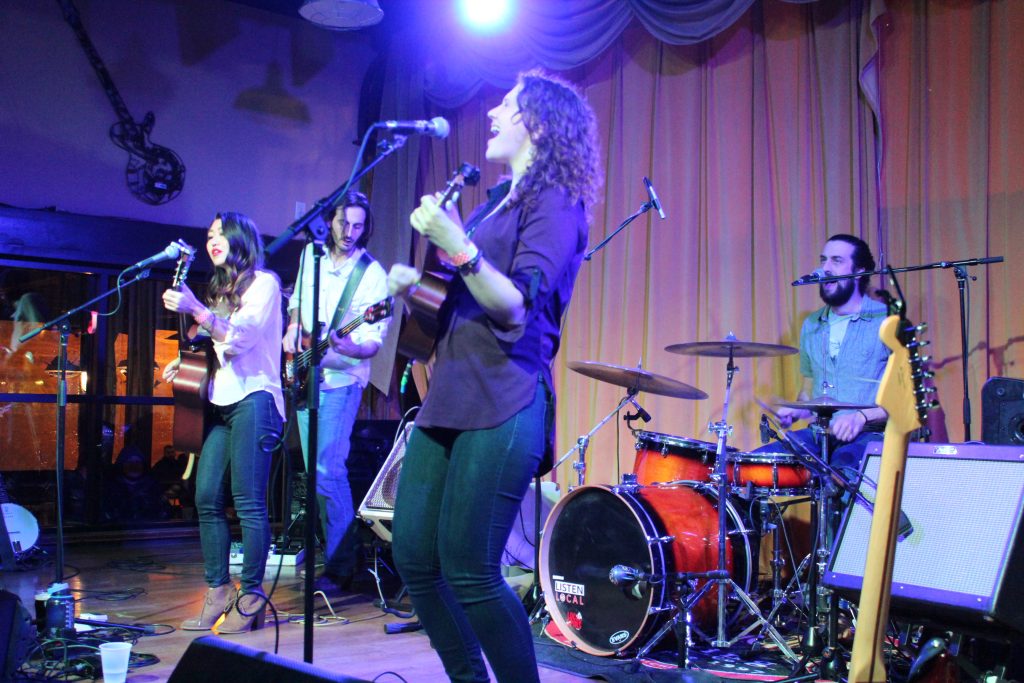 Thousands of bands and solo artists from across the country entered videos into this year’s National Public Radio Tiny Desk Concerts’ competition to win an on-air performance slot on “All Songs Considered,” including dozens of acts from West Michigan.

And while a New Orleans band — Tank and The Bangas — won the grand prize, a Grand Rapids folk-rock favorite, The Crane Wives, obviously turned judges’ heads with their fetching “Tiny Desk” video for the band’s new song, “High Horse.”

NPR’s “All Songs Considered” today named The Crane Wives’ track among its “10 More Tiny Desk Contest Entries We Loved,” posting brief reviews of the songs along with the videos.

Marissa Lorusso of NPR raved that The Crane Wives “charmed” judges with their “harmony-laced folk-rock,” bringing “a bigger, electric sound” to this year’s submission. “The entry shows off the band’s polished sound and dynamic energy,” she wrote, “but more importanntly, it proves just how much fun the band is having with its music.”

“I go to the NPR music site all the time to find new music, so it’s really wild to see us on there,” he told Local Spins. “Honored and grateful that they wrote about us.”

Singer-guitarist Emilee Petersmark of The Crane Wives said “it feels as if we’ve been orbiting ‘Tiny Desk’ ever since we started playing,” noting Colin Meloy of The Decemberists years ago held up one of The Crane Wives’ early albums during an NPR photo op (because the band’s name references a Decemberists album).

“That orbit gets smaller and smaller the more we play. This time we passed by close enough to see them wave as we went. It feels like progress and we’re just completely blown away.”

Other acts singled out by NPR today included Brooklyn rock trio Darling Din, Texas’ Jesus Chris + The Beetles and Washington D.C.’s Be Steadwell. See the entire list and watch the videos at npr.org here. Watch the winning, grand prize entry from Tank and The Bangas below.

And check out dozens of video entries from other Michigan bands in this Local Spins roundup.

The Crane Wives, by the way, play Salt of the Earth in Fennville on Wednesday night, the Frauenthal Center for the Performing Arts in Muskegon on Friday, and Rockford Brewing in downtown Rockford on Saturday night.