As jazz director at Blue Lake Public Radio, Lazaro Vega has become West Michigan’s voice of jazz — heard daily on the radio. Today, he reveals the albums that have inspired him the most. 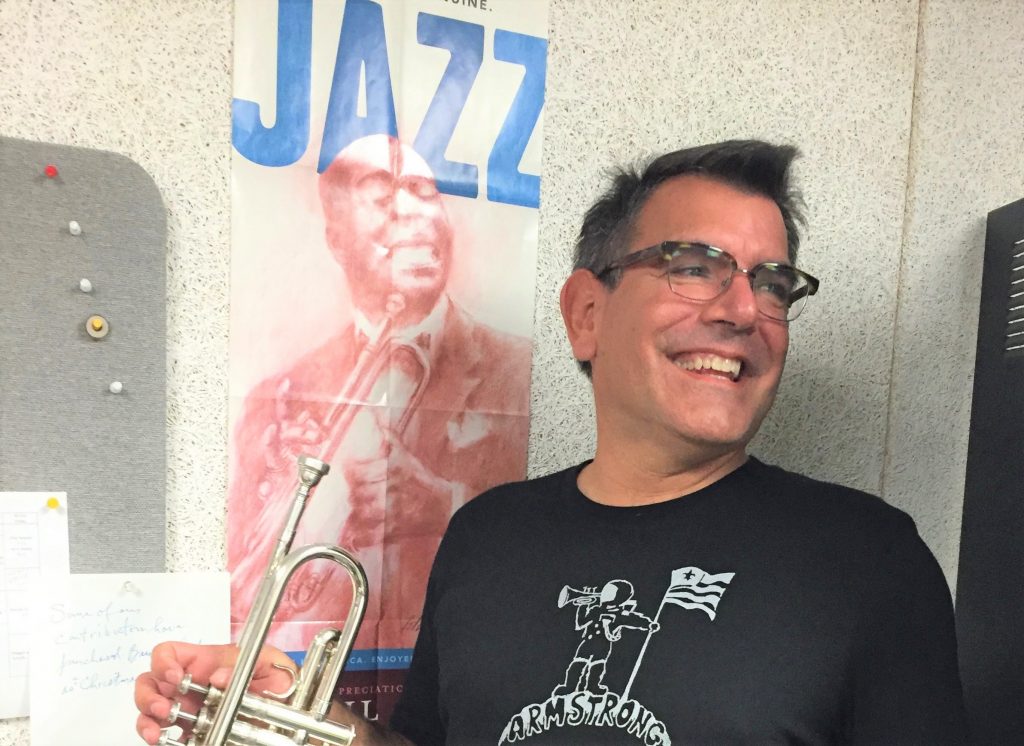 EDITOR’S NOTE: All of those involved in the music scene can trace their inspiration to key recordings that captivated them and influenced their careers. Today, writer Ross Boissoneau showcases the albums that changed the world for West Michigan jazz radio icon Lazaro Vega.

Lazaro Vega is jazz director at Blue Lake Public Radio, the broadcast service of Blue Lake Fine Arts Camp, where he’s heard every day over WBLV FM 90.3, in Grand Rapids on WBLU FM 88.9, and on the web from bluelake.org/listen. He started at Blue Lake in March 1983, eight months after Bob Hope spoke the first station I.D. ever heard on the air from Blue Lake Fine Arts Camp. In 2018, Vega was nominated by JazzWeek.com as Programmer of the Year. He also produces and promotes concerts through adventuremusic.org and serves on the jazz programming committee at St. Cecilia Music Center. This summer will be his sixth year teaching the “Radio Elective” to Blue Lake Fine Arts campers. And on Friday, make sure you wish him a happy birthday. 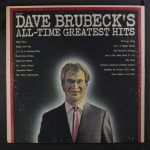 1. Dave Brubeck, “Dave Brubeck’s All-Time Greatest Hits” – Grand Rapids in the 1960s and 1970s was a time when Fountain Street Church’s music series included concerts by Dave Brubeck, and the Dave Brubeck & Sons tour appeared live via WOOD-TV on Buck Mathews’ variety program. It wasn’t just Brubeck’s jazz ensembles coming through, there were also collaborative concerts of his major works featuring members of Fountain Street Church’s choir. When the church ladies of Grand Rapids are talking about a jazz musician, kids are going to hear about that and be naturally curious. So one of the first important recordings for me, one which I listened to until the vinyl turned gray, was “Dave Brubeck’s All Time Greatest Hits,” including the number he began each concert with, W.C. Handy’s “St. Louis Blues.” Many years later, prior to Brubeck appearing as a guest with the Grand Rapids Symphony at DeVos Hall, we had a chance to sit down for an interview at Blue Lake Public Radio’s offices in the Waters Building, and I mentioned that Carnegie Hall version of the “St. Louis Blues” to him. You can hear his response by clicking here.
Listen: “St. Louis Blues” 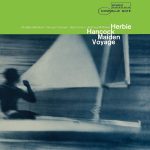 2. Herbie Hancock, “Maiden Voyage” – Of course the 1970s were a time of “jazz fusion.” In that era, Aquinas College produced or helped make possible a variety of concerts at their fieldhouse, including Chick Corea’s Return to Forever (with 19-year-old guitarist Al Di Meola, the great bassist Stanley Clarke and drummer Lenny White), and saxophonist Grover Washington Jr. with opening act The Brecker Brothers. Herbie Hancock’s classic jazz funk best-seller “Head Hunters” was always on the turntable, yet upper classmen and local musicians would insist “You have to hear ‘Maiden Voyage.’” They were right: “Maiden Voyage” is as near a perfect jazz record as you’re likely to find. So glad Herbie Hancock is still with us!
Listen: “Maiden Voyage” 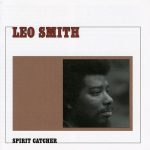 3. (Wadada) Leo Smith, “Spirit Catcher” – Thanks to sportscaster and jazz fan Dick McKay for telling me to “Get broadcast experience” when, as a high-schooler, I told him of my grand plan to play jazz records on the radio. When 19 and living in East Lansing, attending Michigan State University, and beginning what turned out to be a career in radio broadcasting jazz, I’m browsing through Where House Records and picked up “Spirit Catcher,” by trumpeter Wadada Leo Smith (Nessa 19) and was struck by a piece featuring his trumpet and three harp players. That recording opened up the world of Chicago’s musical co-operative The Association for the Advancement of Creative Musicians and eventually put me in touch with my mentor, the record label owner Chuck Nessa, who along with Don DeMichael (Downbeat Magazine’s editor) and The Jazz Institute of Chicago, started the Chicago Jazz Festival.
Listen: “Spirit Catcher”

Currently Loving: Too many to list – Today there are over 22,000 compact discs and 8,000 LPs in the jazz record library at Blue Lake Public Radio with more coming in each day. Spending nearly 30 hours a week broadcasting jazz on the air gives you an idea of how many “favorite” recordings I have at the current moment. If you want an answer to that question, “What are you listening to now?” please join me weeknights from 10 p.m.–3 a.m. — or stream the show the following day from www.bluelake.org/ondemand — Saturday mornings from 7-10, or Sunday evenings from 8-10 and we’ll get straight.