Two Michigan artists earned acclaim this week, with Albion’s The War and Treaty winning Americana’s ‘Emerging Act of the Year’ in Nashville and Walton making audition cuts for ‘American Idol.’ 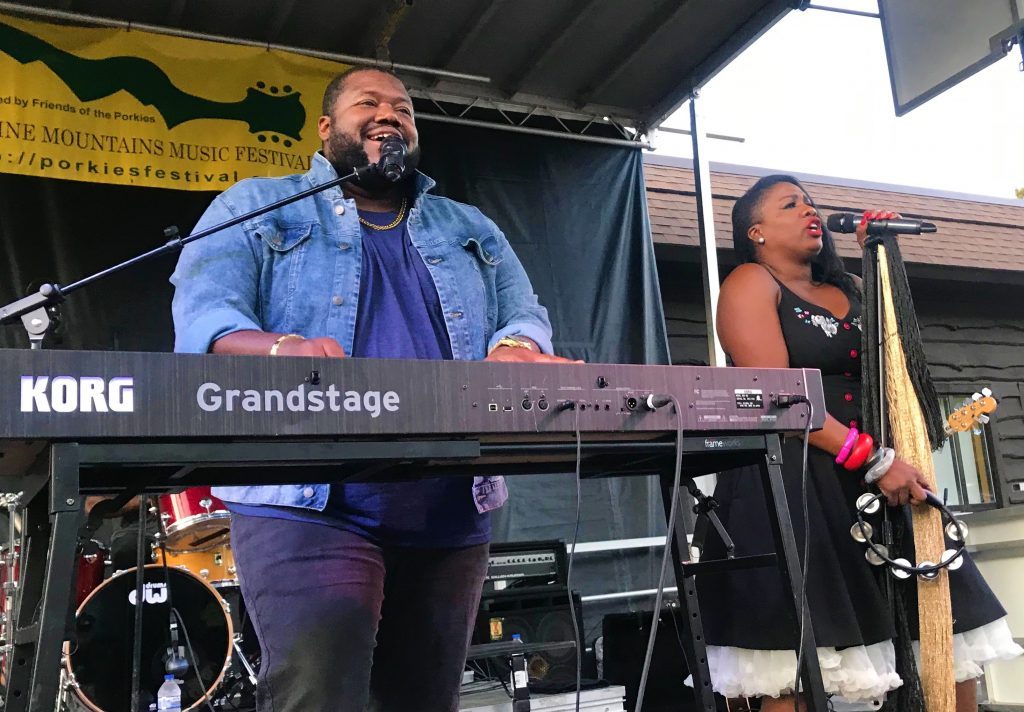 And The Winner Is: The War and Treaty, who played this summer at the Porcupine Mountains Music Festival. (Photo/Local Spins)

Michigan’s The War and Treaty won Emerging Act of the Year honors at Wednesday’s Americana Honors & Awards in Nashville, joining John Prine, Brandi Carlile and I’m With Her as the evening’s big winners.

The soulfully rootsy and passionate band led by Albion couple Michael and Tanya Trotter has soared to national prominence over the past year, a rise affirmed by winning the prestigious Americana Music Association honor. 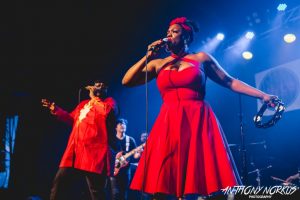 On Stage: The War and Treaty at the WYCE Jammie Awards in February. (Photo/Anthony Norkus)

“We truly didn’t expect to win,” Michael Trotter told Local Spins. “In fact, we were backstage walking away when we heard Winston from Mumford & Sons say, ‘And the winner is: The War and Treaty.’ Tears immediately fell from our eyes.”

He noted that the emerging artist category was filled with impressive acts. “To be nominated alongside artists we believe in such as J.S. Ondara, Jade Bird, Yola and Erin Rae was already a huge honor,” Trotter conceded.

“We were the only artist to perform with no music,” Trotter said. “It was truly a moment to hear our voices soar in the historic rafters of the Ryman Auditorium.”

Earlier this year, The War and Treaty won Album of the Year (“Healing Tide”) and Song of the Year (“Jeep Cherokee Laredo”) honors at the WYCE-FM Jammie Awards in Grand Rapids.

Read more about the Americana Honors & Awards in this Rolling Stone magazine round-up.

VIDEO: “I’ll Fly Away” Finale at Americana Music Awards (including The War and Treaty)

EDITOR’S NOTE: On Thursday, Nathan Walton was informed that he’d made the second cut and will be auditioning in Chicago on Sept. 20 as part of the second step in the “American Idol” selection process. 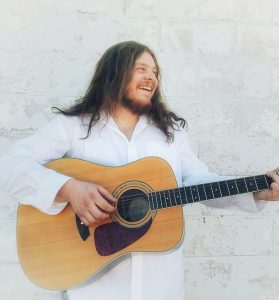 With hundreds of competitors on hand, the first round of auditions for ABC’s next season of “American Idol” took place Tuesday outside Detroit’s TCF Center.

After a couple of performances for judges, Walton was given the thumbs up, taking the first of many steps before performers are selected for the next round.

“It was fun I guess,” the Byron Center singer said. “A lot of waiting in between auditions. I played two songs for about 20 seconds for the first judge, then played three songs fully as they shot video to send to L.A.”

According to Walton, he now waits to have his audition tape reviewed by producers in Los Angeles. If he makes that cut, he’ll then travel to Chicago for another audition to determine if he makes it onto the TV show.

“ ‘American Idol’ is a well-oiled machine,” he said. “Lots of steps to make it through.”

Walton said he witnessed only a handful of competitors make it past the first set of judges on Tuesday in Detroit. “I saw probably about 25 people get past into the ‘yes’ zone where they take your video,” he said.