The Byron Center native and singer-songwriter uncorked live renditions of songs from his debut EP for the radio show, which also debuted tracks by The Aquaerials, Major Murphy and Pink Sky. 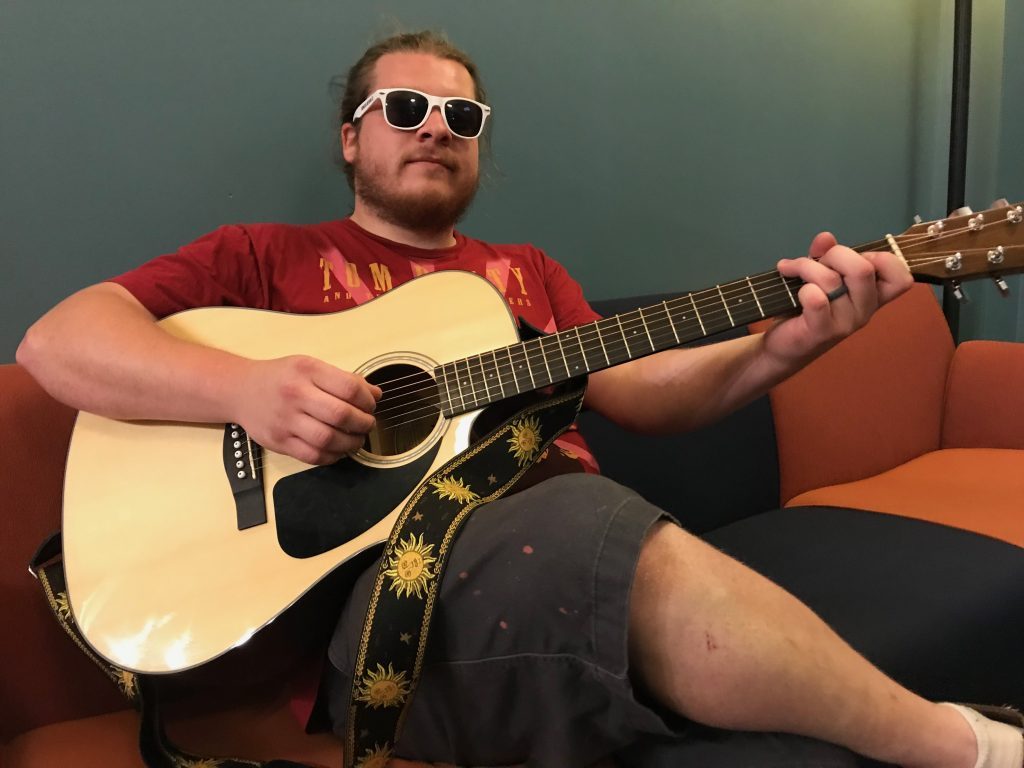 Nathan Walton was what he calls “a desk-tapper kid,” a young guy reared on classic rock who eventually took up the drums before learning how to play guitar in high school.

His first tune? A vintage gem by Tom Petty. 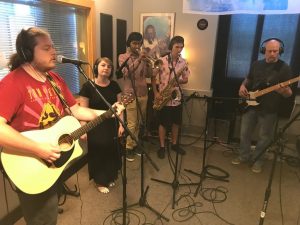 But it wasn’t long before the Byron Center native realized he could write his own songs, something that convinced him that this was how he wanted to spend the rest of his life.

After playing for years in the successful cover band Stone Thrown, Walton ventured out on his own, releasing his self-titled debut EP earlier this year.

“It was a lot of work, basically a year in the making,” said Walton, noting that he juggled the recording of the project with opening 5 Lakes Brewing Co. in Dorr with a friend. “It came together pretty organically. I invited everyone I knew basically (into the Dekkm Productions studio in Dorr).”

What resulted was a seven-track recording that’s “all of the basic things you would want out of a rock ’n’ roll album,” he said. “It’s me. It’s 100 percent me.”

That ranges from rootsy rock to “soul-searching bluesy jazz stuff.”

TRYING NOT TO BE ‘A MUSIC BIGOT’

Walton displayed the breadth of his music during this week’s episode of Local Spins on WYCE, bringing with him part of a rotating cast of musicians that he calls upon for live shows – in this case, bassist Doug Watkins, backing singer Shelby Andenno and horn players Jace Frederick and Austin Muthyala. Watch the video of their in-studio performance of “Guilty” here and listen to the full podcast below.

Walton said his music reflects tastes that have grown over the years.

“Now, my palate is like wide open and I listen to everything that comes to me and I try not to be a music bigot,” he said, noting he relishes everything from The Beatles to Childish Gambino. 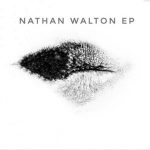 Walton continues to work on new music, with plans for a releasing two new singles – a jazz down-tempo tune and a hard rock song – in the fall while boosting the number of live performances in the Grand Rapids area.

Fans can catch him next when he performs July 14 as part of the White Flame Brewing Co.’s Flame Fest Music Festival in Hudsonville. The event that kicks off at noon is headlined by RED, with Slumlord Radio, Holy Warheads, Jesse Ray & the Carolina Catfish, EPCYA, Emma Loo & Sam and Walton performing. General admission tickets are $25; get info online here. More info about Walton and EP sales links at nathanwaltonlive.com.

The July 6 edition of Local Spins on WYCE – which showcases local and regional music at 11 a.m. Fridays on WYCE (88.1 FM) – also featured the on-air debut of tracks by The Aquaerials, Pink Sky, Major Murphy and Jonathan Timm as well as music from Hey Marco!, Hank Mowery, Borns, Earth Radio (this week’s musician’s pick by Walton) and Blushing Monk. Listen to the full podcast here.