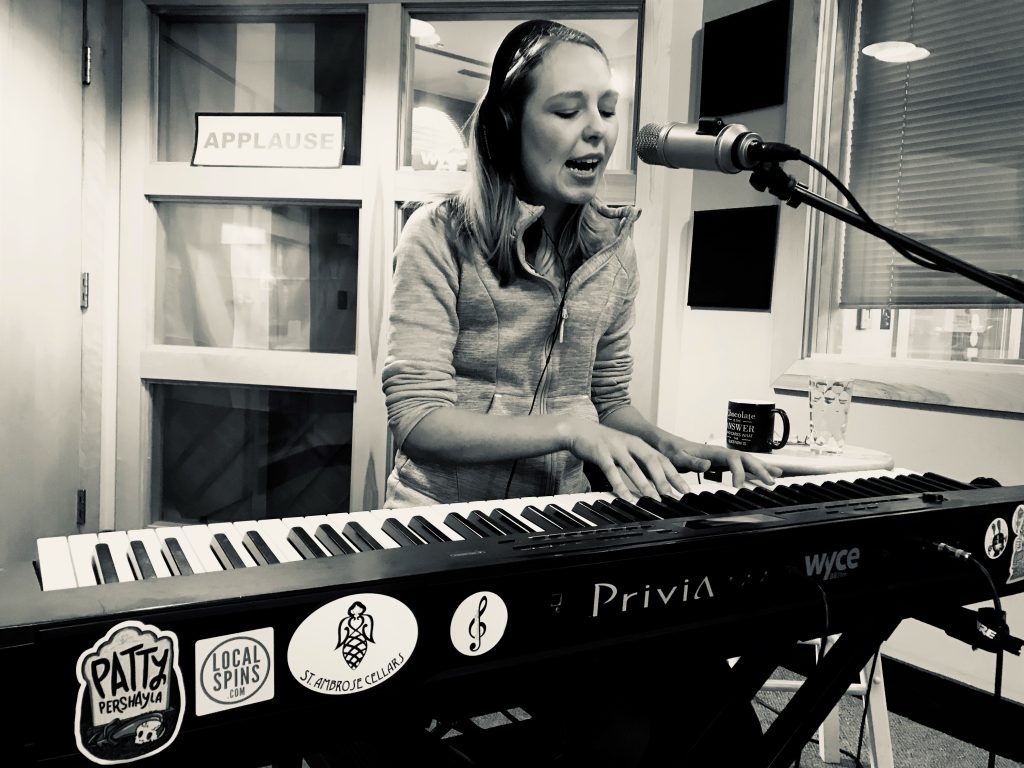 Grand Rapids pianist and singer Sandra Effert titled her debut EP, “River Rocks,” as a description of songs she’s written over the years, starting at age 17.

“I always liked how stones in a river, the water polishes them and shapes them to be really smooth,” she said.

“I think of these songs the same way because they’re really old and they were kind of rough ideas at the beginning (and) they kind of became these polished things.” 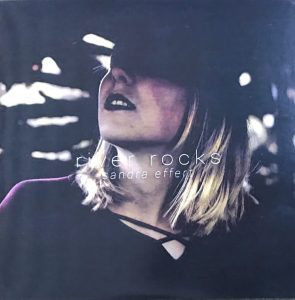 For Effert, who officially released that indie-pop EP on Friday night in a release show at Grand Rapids’ Creston Brewery, it’s been a circuitous, well-traveled journey to get to this point.

Born in Texas and raised in Germany and South Carolina, Effert began playing classical music on the piano at age 5. She moved to Grand Rapids five years ago and played her first open-mic at Founders Brewing a couple years.

“I’ve learned a lot since then,” she said. “I wanted this first EP to be something I’m proud of and not half-assed.”

Effert performed solo versions of two songs from that EP during this week’s edition of Local Spins on WYCE. View the video for “The Dream” here, with the full radio show podcast below.

Effert, who spent time as the keyboard player and singer for the Grand Rapids band The Sauce, teaches piano and voice at the Academy of Music in Grand Rapids. She’s also the mother of a five-year-old son.

“It’s very, busy,” conceded Effert, who’s performing a series of shows to promote the new EP, including Nov. 13 in Goshen, Ind., and Nov. 16 in Greenville, S.C., where she used to live. 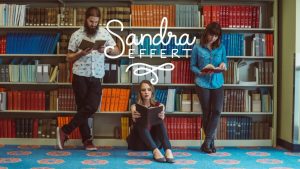 The Band: Brandino Proch, Sandra Effert and Patty PerShayla in a promotion for Friday’s EP-release.

She also plays Final Gravity Brewing in Kalamazoo on Dec. 13, Distant Whistle in Vicksburg on Jan. 17 and Farmhaus Cider in Hudsonville on Jan. 25.

“It’s important to me that I don’t get lost in the business side,” Effert said of her future in music, which includes curating and booking shows locally.

“For me, it’s always been therapy to write songs and I want to keep it that way. I don’t want to write just to pump out another song.”

The Nov. 8 edition of Local Spins on WYCE – which showcases local and regional music at 11 a.m. Fridays on WYCE (88.1 FM) – also boasted the on-air premiere of new songs by Birdie Country, Overdrive Orchestra, Eleven Point Two, LX and Pretoria, as well as music from Olivia & The Aquatic Troupe (the musician’s pick by Effert), Free Hat, Patty PerShayla, The Gasoline Gypsies, The Skinny Limbs and KJ & the Good Time Family Band.