Michigan’s charms are ‘all tied up inside’ Lord Huron frontman and Okemos native Ben Schneider. The Local Spins interview on the eve of the band’s fourth full-length release. 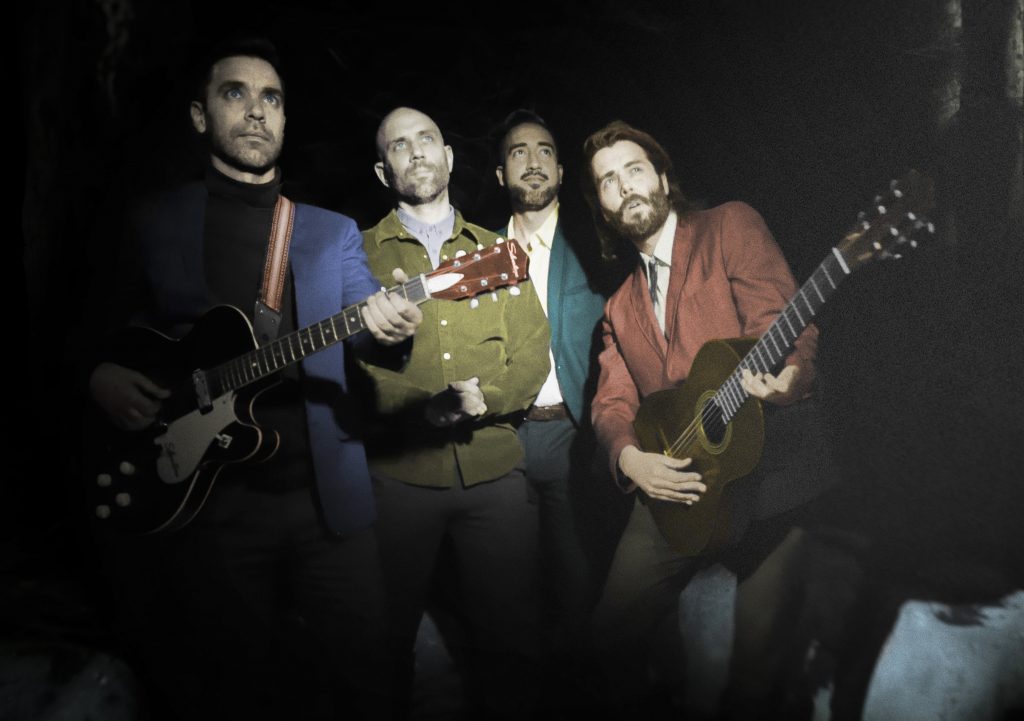 There’s no escaping the influence and beauty of northern Michigan when it comes to the music of Lord Huron, which officially unfurls its latest album, “Long Lost,” on Friday.

“A lot of my formative experiences happened up there on a personal level, but also musically, just sitting around singing with my family around the campfire or listening to records and learning about music from my older brother,” said band frontman Ben Schneider, a graduate of Okemos High School and a University of Michigan art school alum.

“I just connected with that, with emotion and with music. The northern part of Michigan, it’s just all tied up inside me.”

Schneider even recorded his first songs as Lord Huron in Michigan, borrowing part of that band moniker from Lake Huron where he spent his childhood summers. 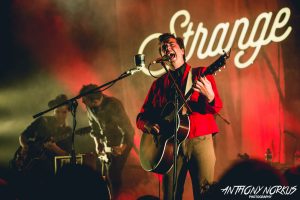 “When I was a kid, I always kind of considered myself the ruler of that part of the world and that’s kind of where the name came from. It just stuck and I still think it works,” he told Local Spins in a recent telephone interview from his Los Angeles home.

“Although I don’t live there anymore, I’m still very connected to it and I spend a lot of my time there still. Nature is still a huge inspiration – and particularly the nature in that part of the world – for me and for the songs I make.”

Even some of the titles on the new album (“Drops in the Lake,” “The Moon Doesn’t Mind”) seem to hearken back to Michigan summers for band members with roots in the Great Lakes State.

“Long Lost” – Lord Huron’s fourth studio album – also represents another shift for this 10-year-old indie-folk-rock band which has attracted widespread attention via its recordings, concert tours and placement of songs in movies and TV shows. The track, “The Night We Met” (from Lord Huron’s multi-platinum-selling 2015 album, “Strange Trails”) alone has been streamed more than 748 million times on Spotify. 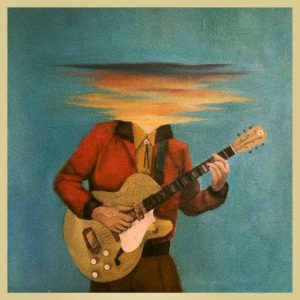 The New Album: ‘Long Lost,’ with artwork by Schneider.

To create “Long Lost,” the band – Schneider, Mark Barry, Miguel Briseño and Tom Renaud – recorded its tracks live together in the studio.

“This time around, we had the time to rehearse in our studio and cut the band live,” Schneider said.

“That doesn’t necessarily lead to a stylistic change, but for us, it kind of has in terms of the methods we were using to record and the way we played. It allows for a little more looseness, a little more bending of tempos and flowing together. I think it all comes through on this record, where it really feels like we’re performing as a unit.”

That approach certainly paid off with the album’s snappy single, “Not Dead Yet,” which soared to No. 1 on the AAA radio chart, followed by the dreamy “I Lied,” featuring singer Allison Ponthier, which already has been streamed nearly 2 million times.

CREATING NOSTALGIA FOR ‘LONG LOST SONGS OUT THERE IN THE ETHER’

“I feel like it’s all kind of on a continuum – evolving, but connected somehow,” Schneider suggested of the band’s music over the years.

“We wanted this record to sound nostalgic, but not in any specific way. It’s almost like you think you recognize it, but you can’t put your finger on where you’ve heard it before or what it reminds you of exactly. That’s kind of the theme of the record in general – just the idea there’s these long lost songs out there in the ether waiting to be discovered.”

The latest single, “I Lied,” was inspired by classic country duets such as those featuring Conway Twitty and Loretta Lynn or George Jones and Tammy Wynette. Up-and-coming singer Allison Ponthier – who’ll tour with Lord Huron in the fall – fit the bill perfectly, Schneider said.

“She’s from Texas, with a little twang in her voice,” he said. “It just really lined up and she’s become a good friend.”

As usual, the new album will also feature Schneider’s artwork.

“I’ve always been a creative person and a lot of time, I was creating music and visuals together since the beginning,” he said. “The focus started shifting more to the music as the centerpiece and things started to happen for me a little better that way.

“I guess I was more eloquent with music. (But) I’ve been able to try to integrate those two things as much as I can with the record covers and videos and other little visuals that we put out. It’s been a nice way to keep those two interests going.”

Tickets for the band’s September/October tour – announced late last month – are now on sale here. And while there currently are no Michigan dates on tap, Schneider insisted the band is eager to get back home for future shows.

“As you can imagine, it’s all sort of evolving … as things reopen (post-pandemic). We’re just trying to do it as safe as we can in places where they’re doing full-on shows,” he said. 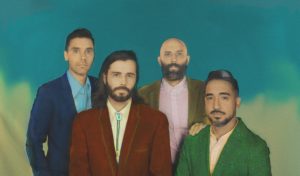 ‘Still Doing It’ After All These Years: Lord Huron (Photo/Anthony Wilson)

After all, Schneider said, it’s where everything really started. He’s known drummer Mark Barry since they were 5 years old.

“The guys who are in the band with me now are the guys I started my first band with when I was 12 years old. We played our first gig in the lunchroom at our middle school,” said Schneider, who grew up listening to the diverse music collected by his older brother and the “great singer-songwriters” Bob Dylan, Neil Young, Bruce Springsteen and Leonard Cohen embraced by his parents.

While band members went their separate ways after high school, Schneider said they “couldn’t stay away from each other for long and we started playing music again 10 years ago and been doing it ever since. … It’s pretty wild that we’re still doing it and still getting along.”

VIDEO: “Not Dead Yet,” Lord Huron