Once again, it’s time to fling open the coffin lid on another batch of haunting musical gems at Local Spins, from time-tested classics to new Michigan-bred thrillers, aka, the perfect Halloween soundtrack. 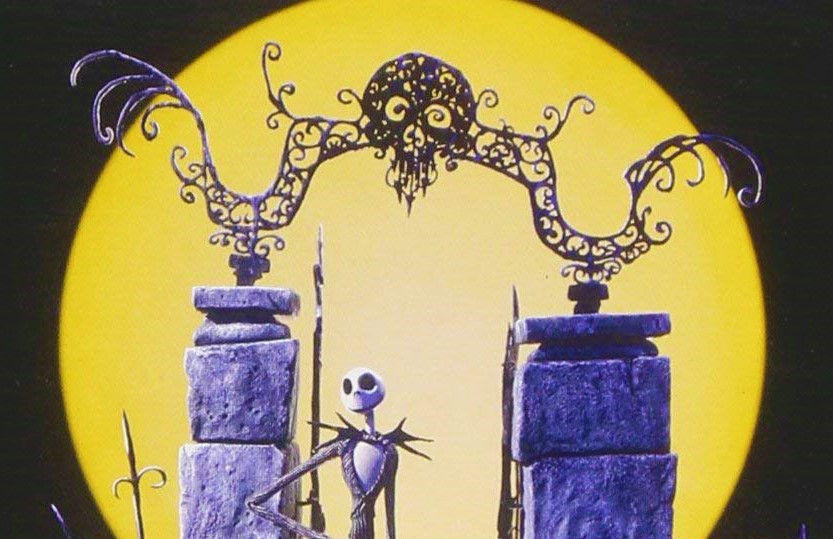 ‘This is Halloween’: And that means another creepy playlist from Local Spins.

SCROLL DOWN TO LISTEN TO THE FULL PLAYLIST ON SPOTIFY

Every Halloween, Local Spins asks a writer or musician to piece together a playlist of appropriately terrifying tunes for this hauntingly fun holiday — sort of like our version of Dr. Frankenstein. This year, writer Devin Dely stepped up to the crypt to stitch together an eerie collection of ghostly tunes.

As he puts it, some people prefer to spend their Halloween handing out candy to trick-or-treaters, while others revel in the holiday by getting scared out of their wits at a haunted house or firing up a classic horror film at home. Others get dressed up in their Halloween best — and creepiest — to party the night away.

Whichever way you choose to celebrate, let this playlist be your spooky Halloween road map.

1. “Monster Mash,” Bobby Pickett, 1964 – The original Halloween party tune. Whether you’re 20, 40, or 60 years old, there’s a good chance you got down to this song when you were younger, most likely at an elementary school Halloween function.

2. “This is Halloween,” Danny Elfman, 1993 – The jury is still out on whether Tim Burton’s “The Nightmare Before Christmas” is a Halloween movie or a Christmas movie, but regardless of which camp you fall into, there’s no denying that this song is a Halloween classic. Marilyn Manson also released a version of the song in 2006, and it’s significantly darker than the original.

3. “Black and Blue,” Bilge, 2019 – This song appears on the compilation album “Songs of the Pumpkin Boy, Vol. IV,” an annual release that features Halloween-inspired songs by Grand Rapids-area artists. This track is dreary, ominous, and at times downright sinister, the perfect companion for Halloween.

4. “Heads Will Roll (A-Trak Remix),” Yeah Yeah Yeahs, 2009 – Famed New York indie-rockers Yeah Yeah Yeahs brought this irresistible dance track into the world in 2009, and this remix arrived shortly after. It’s darker, it’s spookier, and it gives the original lyrics of “Off with your head/dance ‘til you’re dead” a slightly more menacing tone. Even though it probably wasn’t intended to be used as a Halloween song, it’s perfect for a costumed dance party.

5. “Mr. Crowley,” Ozzy Osbourne, 1980 – As one of Ozzy’s earlier tracks that helped him establish his dark, faux-Satanic persona, I can’t imagine a metal song from the 1980s that would be more appropriate for this holiday. The song begins with an eerie, extended organ and synthesizer intro before spending four minutes examining one of England’s darkest figures, Aleister Crowley.

6. “Somebody’s Watching Me,” Rockwell, 1984 – This creepy pop classic has been playing over the speakers of haunted houses and pop-up Halloween stores for decades, and I don’t see that changing anytime soon. It’s just too catchy.

7. “Desperate Dracula,” Jack and the Bear, 2019 – Halloween music doesn’t have to be a catchy pop song. Sometimes, spooky sounds can do a better job of setting the tone of the evening, and this track by Southeast Michigan’s Jack and the Bear does it well. Ghostly wails, a dark and stormy bass line, and lyrics about a “modern-day Dracula” give this song the feeling that it was written by candlelight in a dusty Victorian mansion.

8. “Dragula,” Rob Zombie, 1998 – If any Rob Zombie song belongs on a Halloween playlist, it’s this one. It’s probably his most recognizable track, and the accompanying music video is like watching a man as he drives through hell on acid with a bunch of demons riding shotgun.

9. “Little Ghost,” The White Stripes, 2005 – If the other Halloween music on this list is a bit too dreary for your tastes, then consider this upbeat, folksy cut from The White Stripes’ 2005 LP, “Get Behind Me Satan.” It’s a love song where the object of the narrator’s affection is a spirit who hasn’t quite passed on to the next realm. “I’m the only one who sees you and I can’t do much to please you, and it’s not yet time to meet the Lord above,” White sings to his spectral love interest. It’s equal parts romance, indie and spooky wordplay.

10. “Thriller,” Michael Jackson, 1982 – From the ominous lyrics to the iconic zombie dance moves, this is the quintessential Halloween song. It also comes with a creepy Vincent Price monologue and some deeply unsettling cackling. What more could a person ask for?