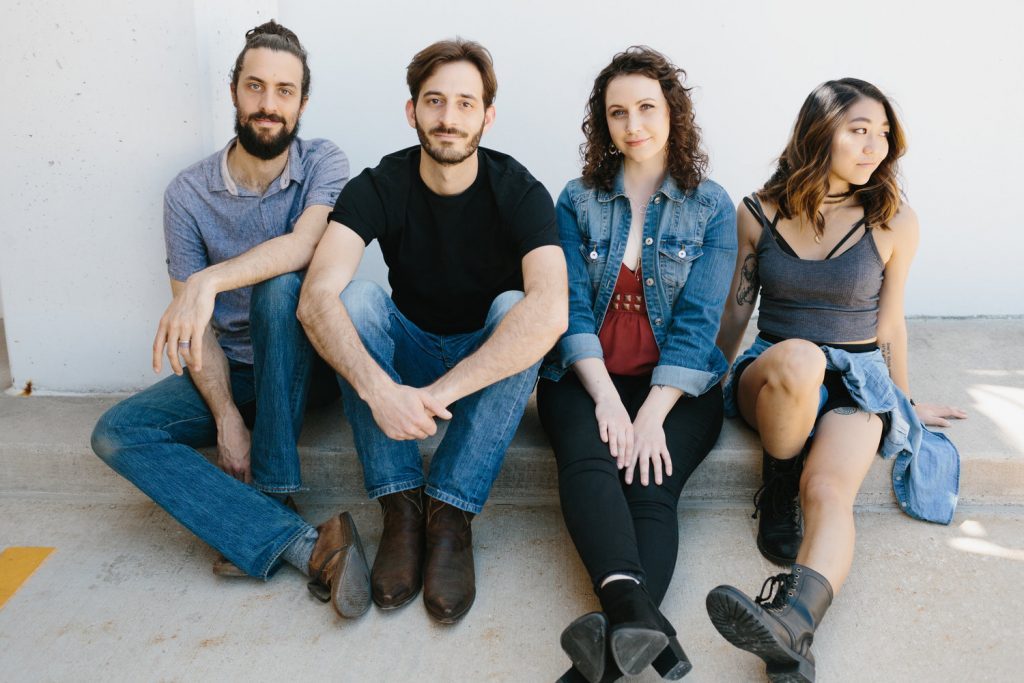 THE BAND: The Crane Wives
THE MUSIC: Harmony-laden folk-rock with an electric edge
WHERE YOU CAN SEE THE BAND: 7 p.m. Wednesday (June 6) for Concerts in Rogers Park in Sparta; 8 p.m. Friday (June 8) for Rollin’ on the River in Allegan; 5:30 p.m. Saturday (June 9) in East Lansing for Pumpstock; June 26 at EcoPrint in Grand Rapids

In their eight-year run as West Michigan folk-rock heroes, The Crane Wives haven’t been content to plow the same ground.

The Grand Rapids band’s most recent studio albums – 2015’s “Coyote Stories” and 2016’s “Foxlore” – were “all about expanding our sound and exploring new textures” with the help of guest musicians and new instrumentation, said drummer Dan Rickabus. 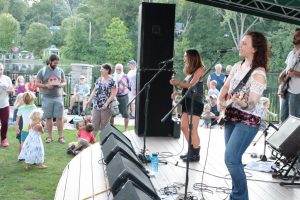 Outdoor Shows: The Crane Wives play several of them this week. (Photo/Anna Sink)

Since then, the four-piece band – Rickabus, guitarists Emilee Petersmark and Kate Pillsbury, and bassist Ben Zito – has continued to push its more electric sound, with individual members spending time on various side projects that Rickabus insisted have sparked fresh ideas for the quartet.

“We’ve been really growing as a four-piece electric live band,” Rickabus said. “In building our new material, we’ve been focusing on honing in the new electric sound. Kate and Emilee have both been writing songs in a similar format, channeling what they’re going through in life into songs that they bring to the band to be arranged and built from the ground up. They’ve also been really letting their guitar tones and lead-playing shine.

“The songs are exploring new territory in terms of subject matter, but the big thing the listeners will notice is their exploration of a new sound. Ben has been filling melodic space as well as playing with new effects on the bass, and I’ve been trying to bring the most solid and colorful grooves that I can to the mix. The new music is all about the four of us playing together in a room, feeding off of each other’s energy and rocking out concise tunes that go a lot of new places.”

That’s surfacing in a batch of new songs Rickabus said “are grounded in a fresh energy” and showcased in live performance videos that The Crane Wives are releasing and sharing as they go. It allows the band to gauge fan reactions to the new songs. (Check out some videos below.)

“We want to keep the fans excited about the new music, while also spending a lot of time crafting the album so it can be our best work yet,” Rickabus said. 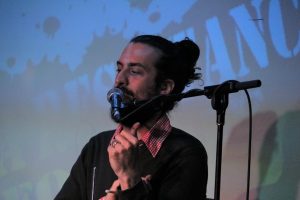 The Crane Wives kick off the Wednesday night Concerts in Rogers Park series in Sparta this week, then play Allegan’s Rollin’ on the River series on Friday and Pumpstock (with several other bands) in East Lansing on Saturday.

That’s just part of a busy spring and summer for the band which plays shows in Missouri and Colorado later this month before returning for numerous Michigan concerts, including a June 26 “Ecoprint After Hours” show in Grand Rapids. The Crane Wives this summer also take their act on the road for several out-of-state Midwest tour stops.

In between that and writing new material, band members continue to pursue a variety of other musical projects.

Rickabus last year released his first full-length solo recording, the atmospheric “Void/Journal,” performing the entire album at the Grand Rapids Public Museum’s Chaffee Planetarium earlier this year with help from his bandmates and six other musicians.

REWARDING SIDE PROJECTS AND LIFTED UP BY HOME-STATE FANS

Zito, meanwhile, owns and operates the Centennial Sound recording studio in Grand Rapids, a studio that’s produced everything from the funk of Melophobix to the instrumental rock of Public Access, a West Michigan supergroup featuring Zito, Rickabus, Seth Bernard and Steve Leaf.

In addition, Petersmark and Pillsbury perform frequently as a duo (something that preceded formation of The Crane Wives). The shows create a “wonderful experience as a fan to get a more intimate window into their creative process and to feel the magic of what they can do as musical sisters,” Rickabus said. 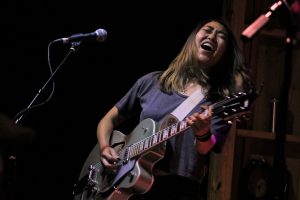 It’s all part of growing as artists and people.

“I find that having side projects is a really rewarding and exciting way to approach creativity,” he added. “Human beings are complex, we are all that we are, and it’s really great to have a lot of different outlets to express ourselves.”

Through it all, the band has cultivated a burgeoning regional and national audience for its music, something demonstrated last year when The Crane Wives’ video for “High Horse” was cited by judges among favorites in National Public Radio’s Tiny Desk Concert contest. The video has since racked up more than 122,000 views on YouTube. (Watch the video below along with the video for this year’s entry, “Daydreamer.”)

“We’ve been lifted up and nourished by our home-state community from Day 1, and we’re still constantly blown away by people’s dedication and support,” Rickabus said.

“We are so grateful to our fans and so proud to represent Michigan when we go on the road. For artists, there is no other place like it. We’ve been all over the country in recent years, and we’ve seen that support really spread and grow elsewhere as well. We now feel welcomed and at home in cities all over the country, and that’s an amazing feeling.”