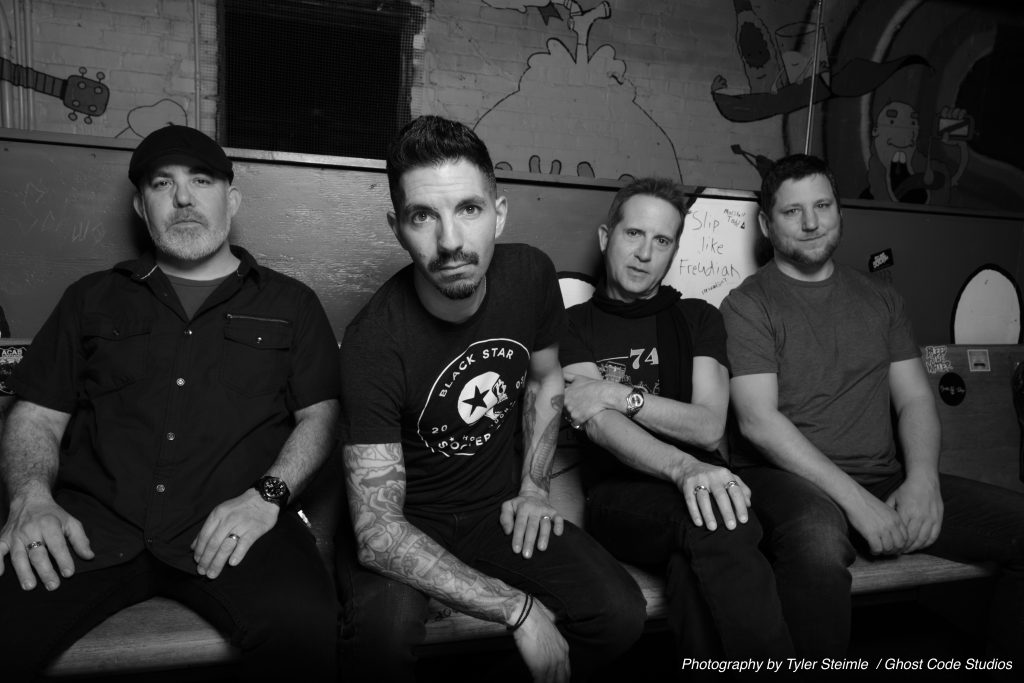 Barrel Bones was created “in reverse.”

Michael Constantine started writing songs for the bluesy Grand Rapids rock group 1-1/2 years before there was even a band.

After penning those tunes, the singer and guitarist started “searching for people” to realize his vision. He eventually found them: a group of musicians with a special chemistry.

“At the beginning, I wanted something that was more of a brotherhood and a tribe rather than a band and a project,” Constantine said. “If that mentality is there to me, there’s no limit to the creativity you can have.” 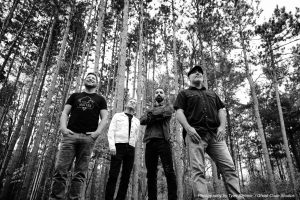 Investing a ‘Lot of Heart and Soul’: Barrel Bones is working on its sophomore album. (Photo/Tyler Steimle)

Added drummer Greg Liceraga: “Michael’s got a great set of songs. As a group, the way we fashion (those) together makes us super-strong as a group. There’s something magical about it. We all really have put a lot of heart and soul into it.”

“We’ve been focused on creating a chemistry between the new lineup that delivers an impact sonically while lyrically expanding on the human experience and interaction with struggle, grief, hope, denial, confusion, determination, spirit and inspiration,” said Constantine, the band’s chief songwriter.

“Much the same way has been done in traditional blues music in a very simple, honest and straightforward way.”

The band – which played its first show as a trio in 2017 before adding Dunning and recording its 2018 “Blues and Blood” debut album – has released a string of singles during the 2020 pandemic, showcasing two of them (“Trouble” and “Sleepwalkers”) for this week’s edition of Local Spins on WYCE.

Watch the music video for “Trouble” here, and scroll down to listen to the full band interview and this week’s radio show podcast.

The bluesy nature of Barrel Bones’ hard-rock approach falls in line with Constantine’s songwriting. And that tends to “land in the same swamp every time,” reflecting themes common to the blues: “love and struggle and desire and fear,” delivered in “honest, raw, powerful, emotional” fashion.

And while this year’s pandemic shelved rehearsals for about nine weeks, the band is now getting together regularly and safely for practices as it continues to work on a sophomore album set for release in 2021.

“It’s super-important for us and our lifestyles,” Liceraga said of rehearsals and band camaraderie.

Noted Constantine: “We have been using this time to rehearse, write and record in our own studio, as well as at Planet Sunday Studios with our engineer and producer Joel Ferguson. We’ve also been spending time working with Tyler Steimle at Ghost Code Studios crafting new opportunities for interacting with fans through social media platforms virtually through video.”

Eventually, Constantine said, the band hopes to get back on stage “as soon as it is possible” and when “there is a safe space to perform live again.”