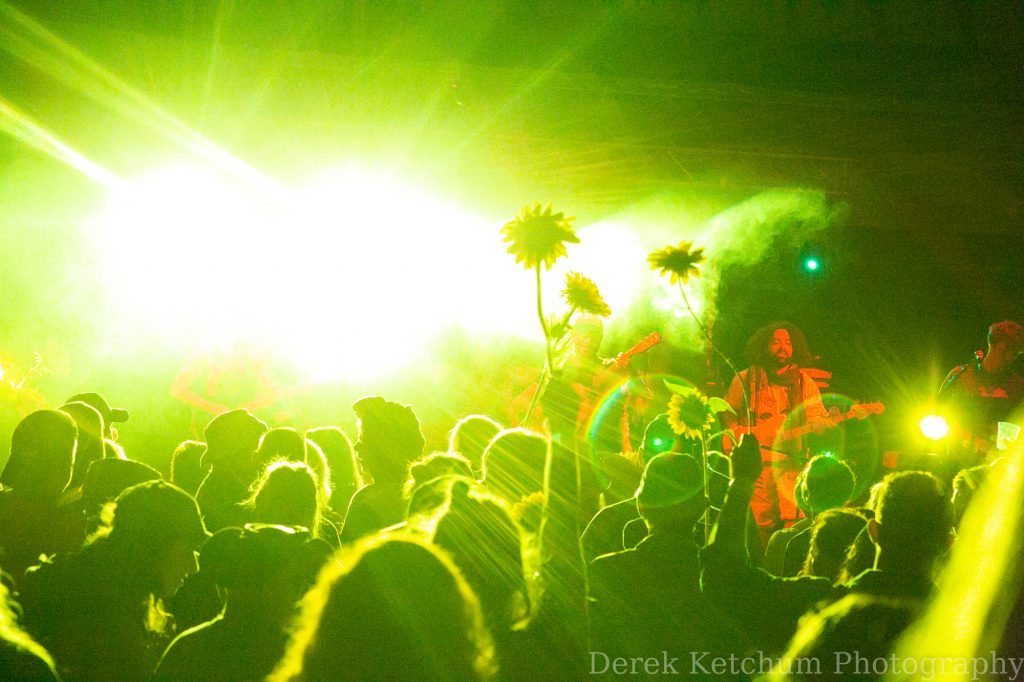 TAUK LOCAL SPINS TICKET & DINNER GIVEAWAY: Congratulations to reader Allie Cousino. She Was the first person to email john@localspins.com with “TAUK” in the message field and won a pair of tickets to see TAUK at Bell’s Brewery Eccentric Café in Kalamazoo on Sun. Oct. 27, PLUS have dinner with two members of the band prior to the show. Check The Big List every week for your chance to win concert tickets.

Be sure to check the “Big List of Michigan Music Festivals,” because we update it frequently. 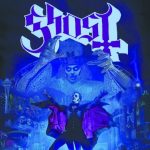 With Halloween around the corner, Ghost brings what it’s calling the “Ultimate Tour Named Death” to Walker’s DeltaPlex Arena, with Nothing More opening the show. The controversial, Grammy Award-winning Swedish hard rock/metal outfit released its fourth studio album, “Prequelle,” in June 2018, a recording that rose to No. 3 on the Billboard 200 chart.

By the way, costumes are encouraged for concertgoers, but the venue cautions that “all patrons must be identified at the entrance” so be prepared to remove masks or otherwise “make sure you can be identified by security.” Get more info, tickets online here. 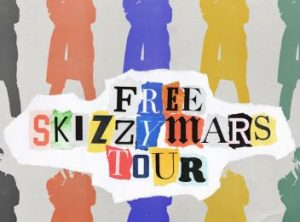 SKIZZY MARS
When: 8 p.m. Tuesday
Tickets: $22 advance, $25 day of show
Where: The Stache inside The Intersection, Grand Rapids

Doors open at 7 p.m. for this all-age show. Tickets online at sectionlive.com. 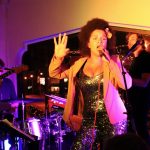 Part of the WGVU/NPR Pop Up Series, Wednesday’s show is billed as “a special soft opening event” as the Listening Room gears up for a full slate of shows in the 200-seat venue in November. Get tickets and details at listeningroomgr.com. 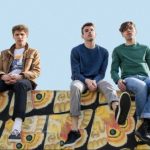 Local Spins Wednesdays this week spotlights a pair of young, up-and-coming rock bands in the Grand Rapids area: Pretoria and The Ryne Experience.

Rob Gullett, Ben DeWitt, Josh Bilisko and Matt Burdick are Pretoria, a smart and energetic bunch that falls somewhere between alt-rock and synth-pop with an indie-rock style that “evokes artists like And The Kids, Beach Fossils and Wallows.” 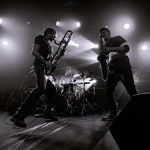 When: 8 p.m. Friday
Tickets: $16 advance, $18 day of show
Where: The Stache inside The Intersection, Grand Rapids

Having toured with the likes of Beats Antique, Lotus, Galactic and Dopapod among others, as well as earning status as festival favorites and selling out headline shows in major venues, the trio initially turned heads with its self-titled 2013 debut which introduced its charismatic, unconventional sound to the world. Joining them on both dates will be openers Jaw Gems. 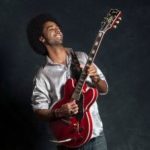 Looking for another blues-guitar phenom to fire you up? Look no further than this show at Tip Top, with Florida “blues fireball” Selwyn Birchwood, who first took up the guitar at age 13 and has since released four acclaimed albums, including 2017’s “Pick Your Poison,” on Alligator Records. Even Rolling Stone magazine calls him “a powerhouse player and emotive perfomer” with “soulful vocals.” 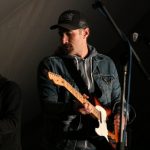 Northern Michigan singer-songwriter Joshua Davis headlines this benefit show raising money for Heartside Ministry. It’s also the second “special soft opening event” of the week at Listening Room (see Molly on Wednesday above), which is touting an intimate setting and top-notch sound for its shows.

Davis released a new live album, “Live at the Robin,” earlier this year and follows his Grand Rapids appearance with two straight nights of shows at Old Town Playhouse in Traverse City. Get tickets for the GR show online here. 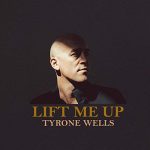 Spokane, Wash., singer-songwriter Tyrone Wells has released more than a dozen albums since 2001, including 2018’s “Days I Will Remember” and his brand new seven-song project, “Lift Me Up.” The singer, whose songs have been featured in numerous television shows, brings along special guest Dan Rodriguez for this appearance at the Spring Lake listening room.

Seven Steps Up follows this with a sold-out show starring Steven Page, formerly of Barenaked Ladies, who plays the venue at 8 p.m. Friday. Get more info and the full schedule of concerts at sevenstepsup.com. 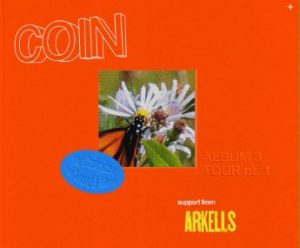 Nashville indie-pop outfit COIN made its biggest splash to date with the 2016 single, “Talk Too Much,” which soared into the Top 40 on the U.S. Rock chart and into the Top 10 on the Alternative chart. They’ve released two singles this year, “I Want It All” and “Crash My Car,” with plans for releasing a third album later this year.

Arkells will open the all-ages show. Get details online at sectionlive.com. Doors open at 7 p.m. (By the way, Break Science, Marvel Years and Sandose fire up electronic delights the same night in The Stache starting at 9 p.m., $17 advance, $20 day of show.) 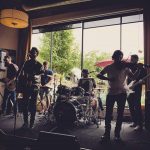 Grand Rapids-based folk/indie rock outfit Edison Kitt & The Strangers rev up a free show at Final Gravity Brewing. Fresh off a new single release called “Whiskey On Her Lips” with a laundry list of relatable songs, Edison Kitt’s catchy brand of folky pop-rock is backed by a solid band of talented players. 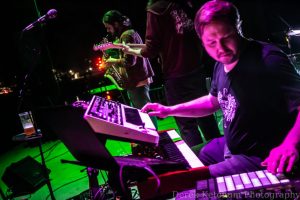 ONE WELL:
‘BLOCK PARTY FOR THE HECK OF IT’
When: 11 a.m. to 10 p.m. Saturday
Admission: Free
Where: One Well Brewing, Kalamazoo 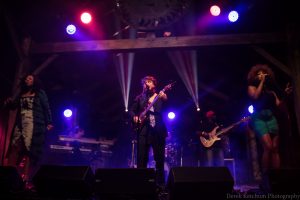 KELLER WILLIAMS
When: 7:30 p.m. Saturday
Tickets: $25
Where: Elevation inside The Intersection, Grand Rapids

Keller Williams tours relentlessly and in many different forms, reflecting the many different styles of music that he churns out: rock, reggae, bluegrass, folk, jazz, funk, electronica and more. This one-man jam band of an artist is a looping whiz and also an incredibly prolific recording artist, having released more than two dozen albums since 1994.

This special Grand Rapids show will include an opening set by The Keller Williams Accident, featuring Traverse City indie-folk phenoms The Accidentals (who’ve toured regularly with Williams). Get tickets online here. Doors for this all-ages show open at 7 p.m. 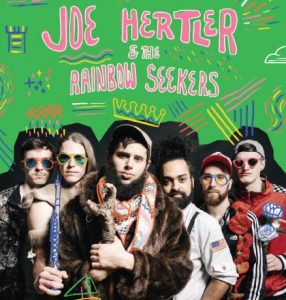 Opening both shows will be Boston indie-rock band Los Elk. Get details and tickets online at pyramidschemebar.com. 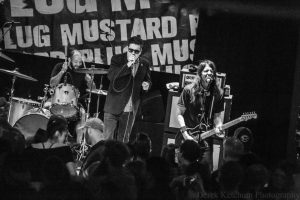 Michigan ska legends Mustard Plug return to Kalamazoo, bringing a legacy of ska with them. Starting out in the punk clubs, basements and dive bars of the Midwest, and playing punk-influenced ska music before many in the United States had ever heard of the genre, these old school, DIY-infused lifers have been touring extensively for over two decades.

Joining them are openers The Lippies and Dance Contraption. For ticket information and more please visit the Facebook event page. 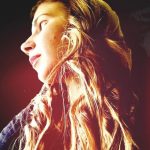 Grand Rapids DJ and electronic music producer Faren Strnad has rightly earned attention and praise for her riveting live shows, and she’s even been profiled at Local Spins. Check out what all the buzz is about on Saturday night.

By the way, Founders hosts a special Sunday night show this weekend starring Elephant Wrecking Ball, “an instrumental, electronic, trombone-led power trio that successfully weaves a variety of influences from jazz, hip hop, electro and the avant-garde.” The free show starts at 8:30 p.m. Sunday. Details about both shows online at foundersbrewing.com.

JINJER
When: 6:45 p.m. Sunday
Tickets: $20
Where: Elevation inside The Intersection, Grand Rapids

Ukrainian heavy metal outfit Jinjer makes a Grand Rapids stop on its U.S. tour as it promotes its new studio album, “Macro” (which actually doesn’t officially get released until Oct. 25). Opening for the award-winning band fronted by singer Tatiana Shmailyuk will be The Browning, Sumo Cyco and Drink Their Blood.

Get details about the all-ages show and tickets online here. 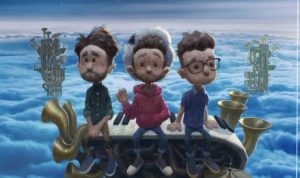 New York’s AJR — a pop band featuring brothers Adam, Jack and Ryan Met – released its third album, “Neotheater,” earlier this year and saw it soar straight to No. 8 on the Billboard 200 chart. Due to brisk ticket sales, this show was moved from 20 Monroe Live to the larger DeltaPlex. Pop singer Michael Blume opens the show. 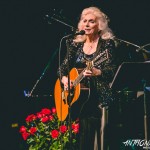 The second Acoustic Café Folk Series concert of the 2019-2020 season stars folk legend Judy Collins, who returns to Royce Auditorium where she impressed fans the last time she was in Grand Rapids and also expressed her affection for this acoustically pleasing venue. With more than a half-century of performances under her belt and more than 50 albums of material to choose from, Collins has an endless supply of songs and stories.

Only a few tickets were left for this concert early this week; available online here. 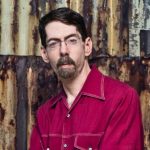 Spafford and Act Casual playing The Pyramid Scheme in Grand Rapids, 8 p.m. Thursday, $20 advance, $23 day of show – Arizona jam band Spafford brings it genre-spanning approach to Grand Rapids, joining with impressive regional band Act Casual for this night at The Pyramid Scheme. Act Casual has a new album to promote; Spafford released its most recent studio project, “For Amusement Only,” in 2018. This is a 21-and-older show.

Kathy Lamar playing One Trick Pony in Grand Rapids, 8 p.m. Thursday, free – Jazz and soul favorite Kathy Lamar has a devoted audience for her passionate performances, which cover lots of familiar territory. (By the way, Rawhide Johnson plays One Trick on Saturday.) 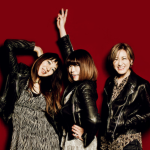 Tsushimamire playing Tip Top Deluxe Bar & Grill in Grand Rapids, 9 p.m. Friday, $10 – This is not only a groovy under-the-radar pick but the trans-continental show of the week. Tsushimamire is an all-female Japanese rock trio which first made a splash at Austin’s SXSW. It’s an “eclectic punk rock” outfit, “mixing noisy and pop instrumental sounds with idiosyncratic, quirky, often funny or disturbing lyrics.” Grand Rapids’ Free Hat opens the show.

Neil Jacobs playing Seven Steps Up in Spring Lake, 8 p.m. Saturday, $25-$35 – West Michigan is home to one of the most highly acclaimed acoustic 12-string guitarists in the world, Neil Jacobs. He brings his instrumental prowess to the stage at Seven Steps Up, which follows this on Sunday with the return of singer-songwriter Callaghan. Details, tickets online here.

Static Of A Stranger Live at Grand Traverse Distillery in Kalamazoo, 2 p.m. Saturday, free – Catch the ethereal indie duo for a relaxed afternoon concert in the downtown Kalamazoo tasting room. Enjoy curated cocktails along with haunting vocals and thoughtful songwriting. 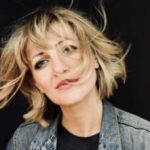 Out Of Favor Boys playing Old Dog Tavern in Kalamazoo at 9 p.m. Saturday, $5 – The five-piece veteran blues ensemble bring their distinct brand of roots rock back through Old Dog for an evening of classic tunes in a comfortable atmosphere.

SAN FERMIN LOCAL SPINS TICKET & VINYL GIVEAWAY: Congratulations to Carmen Sluiter, the first reader to email john@localspins.com with “SAN FERMIN” in the message field and won a pair of tickets to see SAN FERMIN at The Pyramid Scheme in Grand Rapids on Tuesday, Oct. 22, PLUS a vinyl edition of the band’s new album, “The Cormorant I.” Check The Big List every week for your chance to win concert tickets. 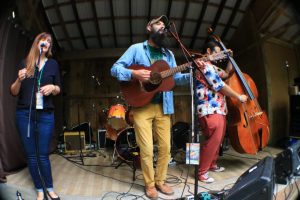 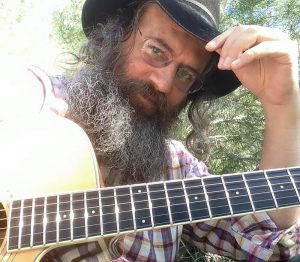