The popular Grand Rapids hip hop artist is calling it quits for now, playing her last show outside Studio Park on Thursday while releasing a star-studded new album. Listen to one of the tracks. 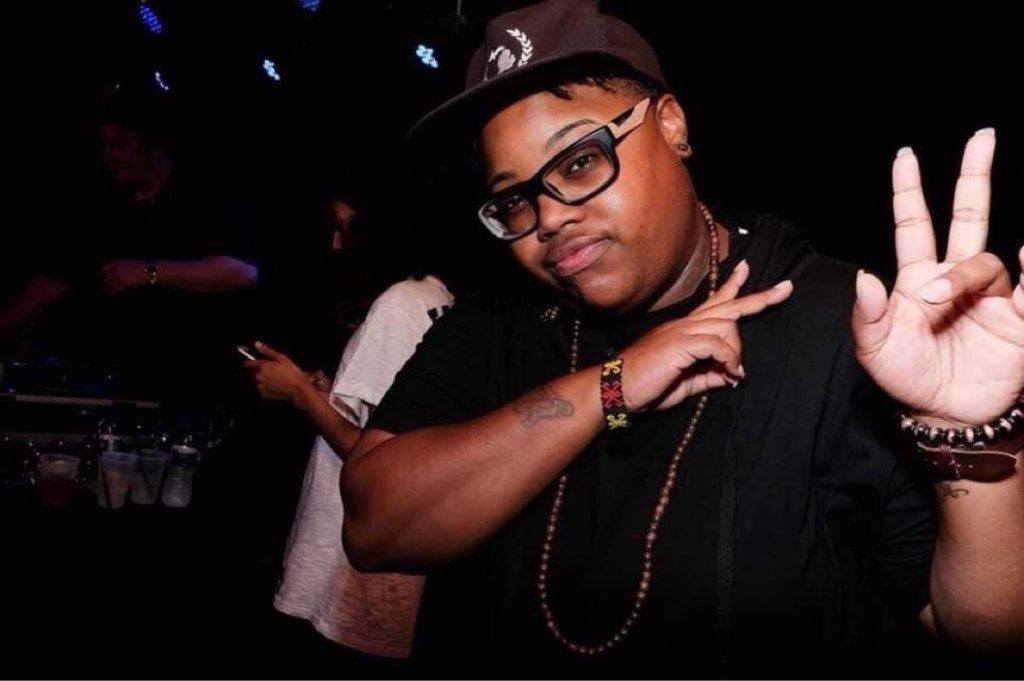 SCROLL DOWN TO LISTEN TO A SONG FROM THE NEW ALBUM

In the end, the pressure of life as a hip hop artist took a considerable financial and emotional toll on Lady Ace Boogie, aka Linda Tellis-Aguilar.

So, the popular, award-winning Grand Rapids rapper is calling it quits, releasing her final, appropriately titled album, “That’s All For Now,” on Thursday (Aug. 20), when she’ll also play her last concert as part of Listening Room’s “Listening Lawn” series outside Studio Park in downtown Grand Rapids.

“The title says it all really. This will be my last musical recording project for the foreseeable future,” she told Local Spins.

“No gimmicks. One of the things that the pandemic did for me was allow me to slow down and truly reevaluate my life and what’s important. It gave me an opportunity to reflect on what I’ve done musically over the past six years – what I enjoy and what I don’t enjoy, what’s working and not working.”

Tellis-Aguilar said “doing it alone has taken its toll” as a solo artist, “constantly feeling like I’m not good enough to go further, and feeling like all of the effort I’ve put in isn’t worth the sacrifices I’ve had to make to get there.”

So instead, Tellis-Aguilar said she plans to work behind the scenes in the music business, turning her attention to “Lady Ace Boogie Presents” which promotes shows and helps other artists “gain opportunities and exposure.”

She also plans to launch a new firm, Real-Time Cleaning, in October and focusing her time “on making that a successful business.”

Before that, however, she’s releasing “That’s All for Now” – a star-studded, eight-track project recorded at Circus of Sound Studios in Grand Rapids that represents a shift in direction from her previous releases.

‘LETTING LOOSE AND NOT HOLDING BACK’ ON THE NEW ALBUM

The album features production by B. Coe, Vince Dand, Year85 and Manley, with guest musicians such as keyboard player Dutcher Snedeker (Earth Radio) and guitarist Kyle Sullivan (AOK). The recording also boasts collaborations with several West Michigan artists (some of whom she hasn’t worked with in the past), including Rebel Kuzco, E-Will, Lola Blanco and Steven Malcolm, among others.

“The theme is mostly just about me letting loose and not holding back with the content or sound,” Tellis-Aguilar said.

“There’s a touch of electronic and alternative influence, which is not something you’ve heard from me in the past. From the production to the content, it’s definitely a different vibe from my last two projects.”

Now, said Lady Ace Boogie — who’s released acclaimed, WYCE Jammie Award-winning albums such as “Don’t Box Me In” and “Feel Good Music” while collaborating with a host of other artists over the years — it’s time for “switching gears a bit.”

Still, fans can expect a passionate display outdoors Thursday on the Studio Park piazza for her final appearance, a show that was close to selling out early this week.

“Expect an emotional performance for many reasons,” she said. “I plan to leave my entire soul on that stage. And I’m dedicating the night to my father – my hero – who I lost on Aug. 2 of this year.”

Thursday’s show begins at 8 p.m. with opening act Lokella. Tickets are $35 and require purchase of four seats to ensure social-distancing; go online here to see if any tickets are still available. Doors open at 6:30 p.m.

When it comes to future performances down the road, Tellis-Aguilar did leave the door open just a tad.

“Unless I have the opportunity to tour with or work with a major artist, I won’t be returning to the stage,” she said, but added: “I am not opposed to joining an alternative rock group though. That’s always been a dream of mine.”