The Grand Rapids rapper, who combines traditional hip-hop with a new-school vibe, is working on a new EP while creating a collaborative team of local artists. Get his music and back story at Local Spins. 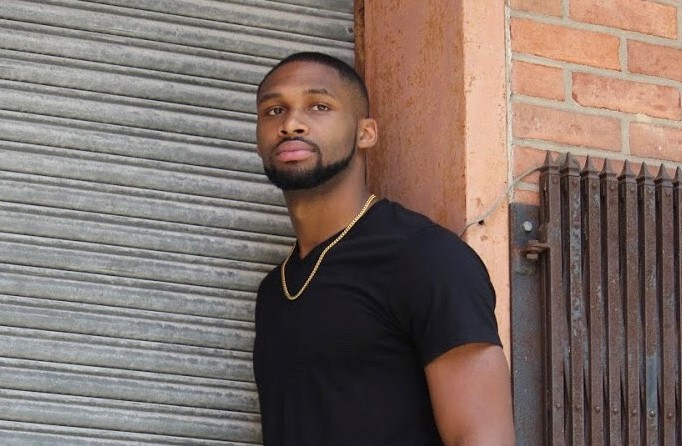 Aiming to Grow His Fan Base to ‘Greater Heights’: Teyland Avery (Courtesy Photo)

For up-and-coming Grand Rapids rapper Teyland Avery, it’s all about unifying the city’s hip hop scene while creating music that really means something.

So, the 25-year-old artist who’s currently at work on a new EP, formed 616 Records, which features a collaborative team of local musicians.

“When I first returned from college, what I could tell about the hip hop scene was that there are so many artists, but there was a huge divide,” Avery said. 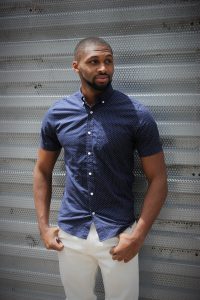 “Because of this divide, I decided to take action to form unity within the community. I created 616 Records with a couple of friends to make amazing music, and for other Grand Rapids artists to have a team to work alongside.”

That 616 Records roster already includes artists and producers Shane Edwards, Xander Taylor, Zayphilz and Sa Sou, with Avery serving as CEO of the label created “with the dream of growing and becoming something big for the music industry.”

For Avery, it’s the next step in a musical journey and maturation process that began when he started recording music at the age of 15. He concedes that when he was a teen, he didn’t really take his craft seriously.

“I would record it, then I would timidly hide the songs on my MP3 player,” recalled Avery, whose day job is working as a subject matter expert Medicare agent for a health insurance company.

By age 23, he said, he had developed “a love for the art and took music seriously. I started preforming … and releasing my music to streaming platforms.”

Over the years, he’s taken his inspiration from artists such as Kendrick Lamar, Andre 3000, Tupac and even his own great grandfather, who taught himself how to play the saxophone and guitar.

AT WORK ON A NEW EP AND RELEASING NEW SINGLES

Avery’s catalog of tracks – found on many platforms, including SoundCloud and YouTube – reflect those wide-ranging influences. But what really makes his music stand out is its ability to attract fans of the new-school wave of hip hop while delivering important messages through his socially conscious lyrics.

Listen to the Avery track “Super Saiyan” here (a personal favorite of the author due to its hard-hitting beat, upbeat lyrical flow and reference to the popular ’90s anime TV series, “Dragon Ball Z”).

Avery currently is at work on a new EP, using time provided by the COVID-19 shutdown to create new material.

“I have recorded about 30 songs and will pick seven to add to the EP,” he told Local Spins. “With the extra songs, I plan on dropping two of them per month until the release of the EP.” 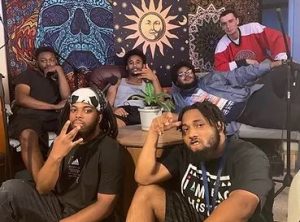 On the flip side, the coronavirus outbreak has unfortunately delayed some of his live shows.

“The pandemic has been somewhat of a blessing and curse for myself and my team,” he said.

“We had planned a show and a tour for this summer, but because of the pandemic, we had to postpone it. But since the lockdown, I have been able to take the time for myself to write and record my greatest work to date.”

As for the future, Avery has his sights set on growing his fan base to even greater heights.

“I want to be able to form a career from music and build a name for myself and my label,” he insisted. “I would like it to be nationally known and be known for making impactful music.”

As for Grand Rapids’ music environment: “I would like to see Grand Rapids’ hip hop scene consist of many more shows of our local artists. We are a big city where many famous people come in and perform every year; I would like the GR community to support their own native artists with local shows.”

He said he’s also encouraging “more collaborations between one another. We all have a passion and our own style of hip hop. What better way to use our talents than collaborate and work together?”