The iconic Michigan band of musical “brothers” featuring Joshua Davis and Jack White bassist Dominic John Davis will relive its glory days in Lansing and more during a seven-night run of shows in mid-May. 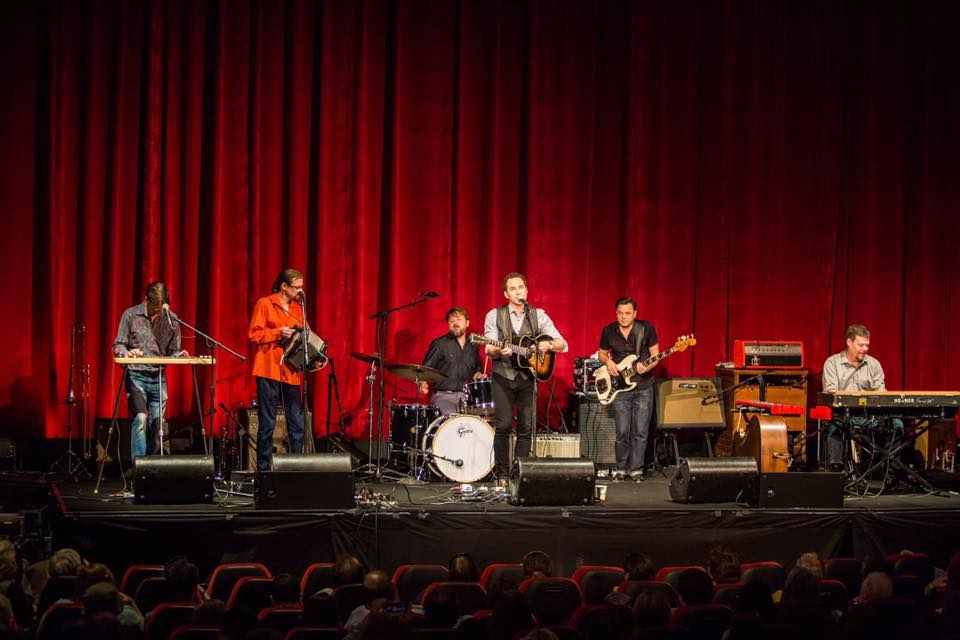 Reunion Tour: Steppin’ In It plays Michigan for seven straight nights in May. (Photo/JDC Photography)

At its height, Steppin’ In It had few rivals when it comes to flaunting an uber-dedicated base of Michigan fans.

Those devotees still talk about the rootsy and eclectic “American music” band in glowing terms. 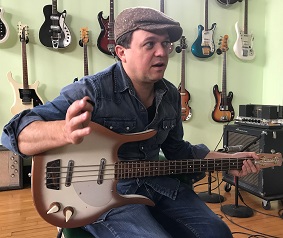 With roots extending back to 1998 in East Lansing, the group eventually performed ever more rarely and with shifting lineups but never broke up.

Instead, it spawned robust careers for its members: singer-songwriter Joshua Davis as a solo act who made a splash on NBC’s “The Voice,” bassist Dominic John Davis (Suchyta) who tours and records with Jack White among others, and in-demand instrumental whizzes Mike Lynch (keyboards), Geoff Ian Lewis (drums) and brothers Joe Wilson (steel guitar, Dobro) and Andy Wilson (harmonicas, trumpet).

Now, Steppin’ In It is back.

The six-piece band will play a much-buzzed-about run of Michigan concerts on seven consecutive nights in mid-May, starting with four straight shows at the iconic Green Door Bar & Grill in Lansing, which served as Steppin’ In It’s home club for many years.

“We had a Monday night residency at the Green Door for almost 13 years,” said Joshua Davis, of Traverse City. “It was our bread and butter. Taught me not only how to play, but also how to be in a band and navigate those relationships. These are my brothers. We saw multiple generations of MSU (Michigan State University) students rotate through those doors and made so many lasting friendships.”

Added Dominic John Davis, who now lives in Nashville and is currently on tour with Jack White: “It really turned into a scene over the years. There was a period of time where it was so consistently packed that the restaurants on that strip of Michigan Ave would reopen till 3 a.m. because they knew it was going to be busy. … People were coming from Detroit, Ann Arbor or Kalamazoo just because they had heard so much about it. “

The band will follow that May 14-17 Lansing stint with shows at Elk Rapids Town Hall in Elk Rapids, Bell’s Brewery in Kalamazoo, and finally, on May 20, at The Ark in Ann Arbor. In addition, Steppin’ In It will play a few 2018 festivals, including the Short’s Brewing 14th Anniversary Party on April 28 (with Jon Herman filling in on bass) and Hoxeyville Music Festival in Wellston Aug. 17-19.

The May mini-tour celebrating the band’s 20th anniversary is wedged into Dominic John Davis’ hectic schedule, taking place during a break in White’s extensive tour behind his new album, “Boarding House Reach.”

“I’m not exactly sure I’m managing,” he said of the challenges in juggling so many tour dates, not to mention producing Greensky Bluegrass and singer Jen Sygit along with other projects. “I love what I do, but leaving the family (wife and singer Rachael Davis and their children) so often is trying for certain.”

So what can fans expect from this Steppin’ In It reunion tour?

“We’re planning on revisiting all of our songs while employing our usually move of playing Tom Waits’ material as Bob Dylan would and then playing Bob Dylan material as Tom Waits would,” quipped Dominic John Davis. 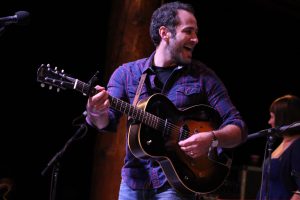 Loving the ‘Fly-by-the-Seat’ Nature of Steppin’ In It: Joshua Davis (Photo/Anna Sink)

“We may play some new stuff, but most of it will be music that we all miss playing together,” insisted Joshua Davis. “The four-night stint at the Green Door will definitely bring out the creative, impulsive, fly-by-the-seat aspect of Steppin’ In It. As far as this group, we played together for so long and so closely, I’ve never felt a connection musically like I feel with these guys. We all speak the same language. It’s so much fun.”

Indeed, the young band that started with “fun, blurry times” playing hippie-hued co-op parties at MSU with its mix of old-time country, swing and blues is now populated with members who have family obligations and vibrant careers outside of Steppin’ In It.

Joshua Davis, for his part, is “focusing right now on a covers EP” recorded at Grand Rapids’ Goon Lagoon. And Dominic is just happy that he gets to play a couple of high-profile White shows this week (Thursday in Detroit, Saturday in Grand Rapids) so close to his Michigan family and friends.

That means it’s uncertain what the future may hold for Steppin’ In It, this enduring band of musical brothers.

“It was hard enough to find dates that worked for this short run,” acknowledged Dominic John Davis. “I think we’re of the mindset that we’ll play this run, a few summer festivals and then take it from there.”