Grand Haven’s Silent Spirit debuted songs from his new EP live for Local Spins on WYCE, which also premiered tracks by The Go Rounds, Hannah Rose & The GravesTones and Brian the Bold. 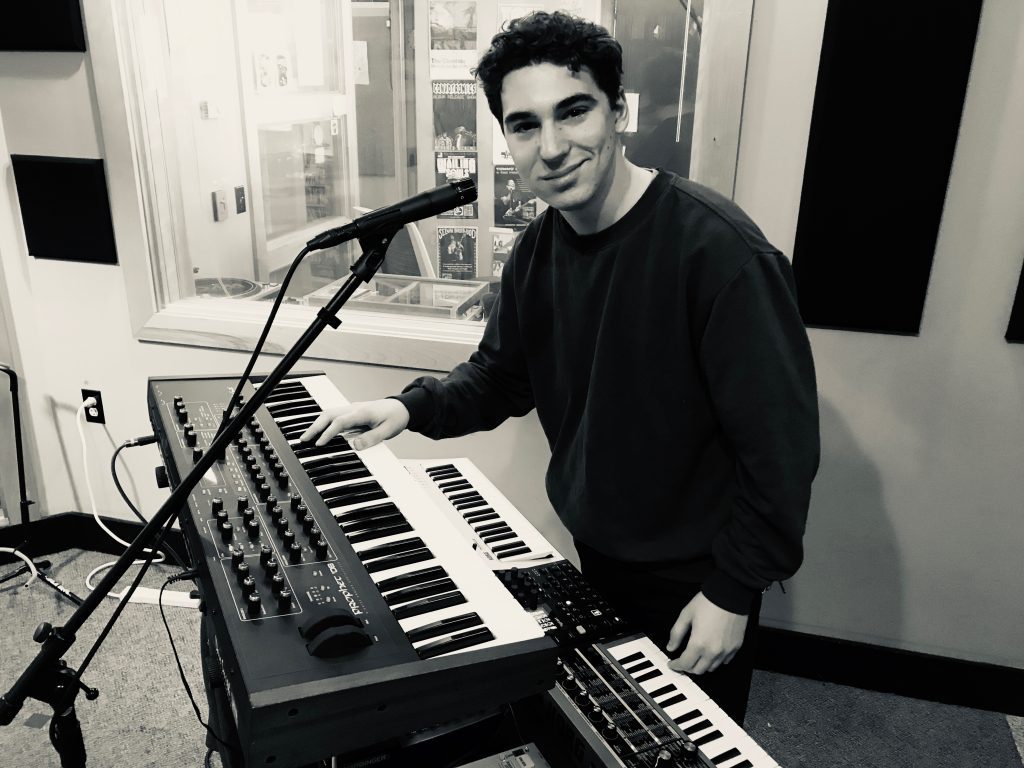 ‘No Limit’ to What Electronic Music Can Do: Jonas Quirin, aka Silent Spirit. (Photo/Local Spins)

Surrounded by numerous keyboards and all manner of electronic gear as he performs, it would be logical to assume that Grand Haven’s Jonas Quirin has taken the customary route to hone his musical skills over the years.

But Quirin – who records and performs his downtempo electronic music under the moniker Silent Spirit – never even took piano lessons as a kid or got formal training. 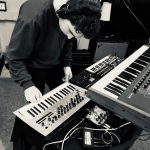 On the Air: Silent Spirit at WYCE (Photo/Local Spins)

Indeed, he actually started creating his original music and sounds on a computer, “typing things in note by note,” before opting for real keyboards and more intricate arrangements.

“I said enough of this. Let’s get into the nitty-gritty of things and now I’m broke,” he jokes, standing behind his mountain of gear. “Pretty much everything keyboard-related is self-taught.”

Now – after releasing some recordings as Sailor Jonas – Quirin is set to make his debut as Silent Spirit, releasing an EP titled “Core” on April 13. Silent Spirit will also perform during “Synth Night, Vol. 2” at The Pyramid Scheme in Grand Rapids with hi-ker, FADE and Rafting. (Tickets are $8 advance, $10 day of show, with details here.)

Quirin unfurled two Silent Spirit songs for this week’s edition of Local Spins on WYCE, performing “Core” and “Hyper Position” in the Dekkm Productions-sponsored Studio X at WYCE. Watch the video for “Core” here, with the complete radio show podcast below.

“It’s more experimental and I think it allows me to be more creative and branch out from other things. I think there’s no limit as to what you can do, especially with synthesizers or on a computer. I think that’s really fun.”

The March 29 edition of Local Spins on WYCE also boasted the on-air debut of new tracks by The Go Rounds (from an album being released April 5), Hannah Rose & The GravesTones (whose new single is part of the band’s first music video premiering at Creston Brewery on Saturday night) and Brian the Bold, as well as tracks by Pink Sky (the “musician’s pick” by Quirin), The JetBeats, Bruce Matthews, Jack & The Bear and Lynn Thompson. Listen to the show here.