Saturday’s celebration will fill the streets of Bellaire with thousands of revelers in what the drummer for The Crane Wives calls “a magical place.” See what’s planned for the anniversary event. 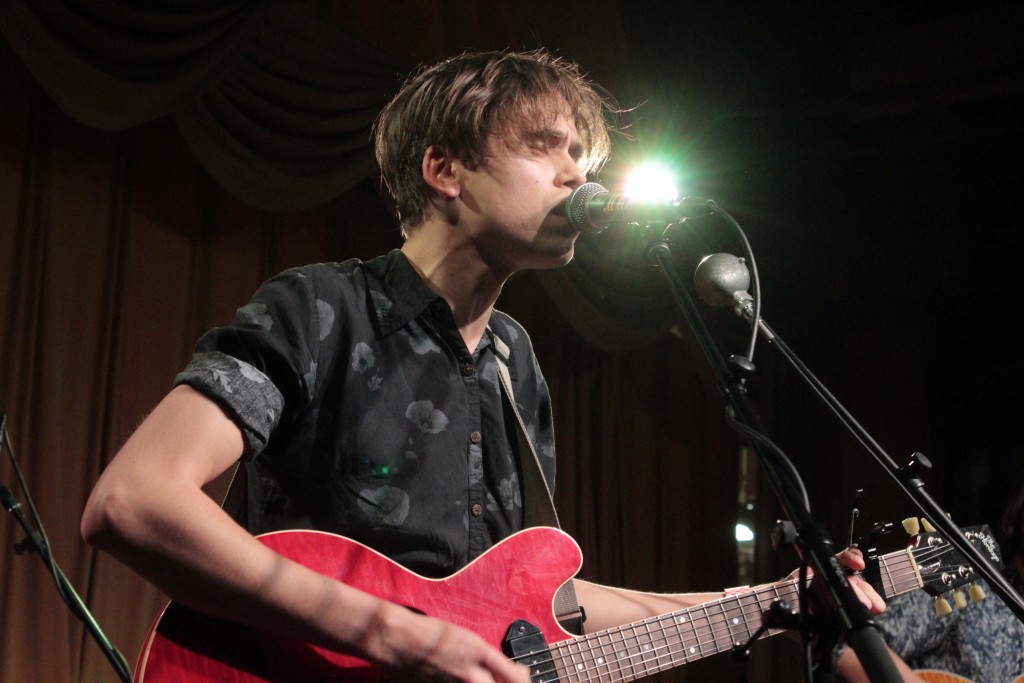 Some Special Songs Up Their Flowery Blouse Sleeves: Graham Parsons of The Go Rounds. (Photo/Anna Sink)

Graham Parsons of The Go Rounds promises “mega-jams” and a Saturday street party that will turn the streets of Bellaire in northern Michigan into “an aerobic affair.”

“Short’s is a magical place. They’ve always treated us like family and we can’t wait to celebrate with them,” Rickabus said of the party that runs from 4 to 10 p.m. Saturday. “The people of Short’s can be described by one of their beers: Good Humans.”

To mark the 12th anniversary, the 21-and-older event will occupy a stretch of Bridge Street from Broad Street to Cayuga Street. The Crane Wives kick off the live music at 4:30 p.m., with The Go Rounds at 6:15 p.m. and Vulfpeck closing things out at 8 p.m. About 3,000 people are expected to attend.

“There’s not much I need to say about the uncanny Vulfpeck,” remarked Rickabus. “Just hearing their name mentioned makes me start dancing.”

Parsons, frontman for The Go Rounds, was even more effusive.

“Vulfpeck is just one of the greatest bands of all time,” he said. “The levity that they achieve within their performances and entire ethos is so refreshing. Not only are they some of the most talented instrumentalists around, they’re also some of the most inventive and humorous.”

A ‘THRILLING’ LINEUP AND TICKETS THAT ARE GOING FAST

Bridgett Beckwith, director of marketing for Short’s, said Short’s is “stoked” about the return of Vulfpeck, which played last year’s party. The brewery will even have a special Vulfpeck-inspired sour ale called “Compression” on hand in limited quantities for the event.

“We spend a lot of time selecting the bands to perform at our celebration, but this year’s lineup is particularly thrilling,” she said, noting the performances will take place in a tented stage area. 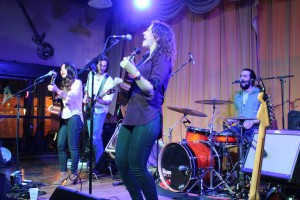 Getting the Party Started: The Crane Wives (Photo/Anna Sink)

“All three bands have their roots in Michigan, so this is a really special night for us, bringing these bands home for an epic night of live music. … Each band has just released a new album, so the timing to have them all on our stage is perfect.”

Advance tickets, which Beckwith cautioned are going fast, are $35 each and available online here. Get more details about the party and directions at shortsbrewing.com.

The Go Rounds, who follow the Bellaire appearance with a 10-day tour in Mexico and an East Coast swing in late May, relish the opportunity to play one of Short’s anniversary parties for the first time.

“I’ve been playing Short’s since I was 20 and have always felt supported and understood by the eccentric crew who runs the joint,” Parsons said. “We find ourselves playing in Bellaire around four times a year, but am excited to see what thousands of people in that tiny town looks like.”

To pump things up for the occasion, Parsons said band members have “some special songs up our flowery blouse sleeves,” including some “mega-jams” with Vulfpeck.

“I’m hoping we can get the whole audience to run in place, raise the collective resting heart rate and make it an aerobic affair,” he joked.