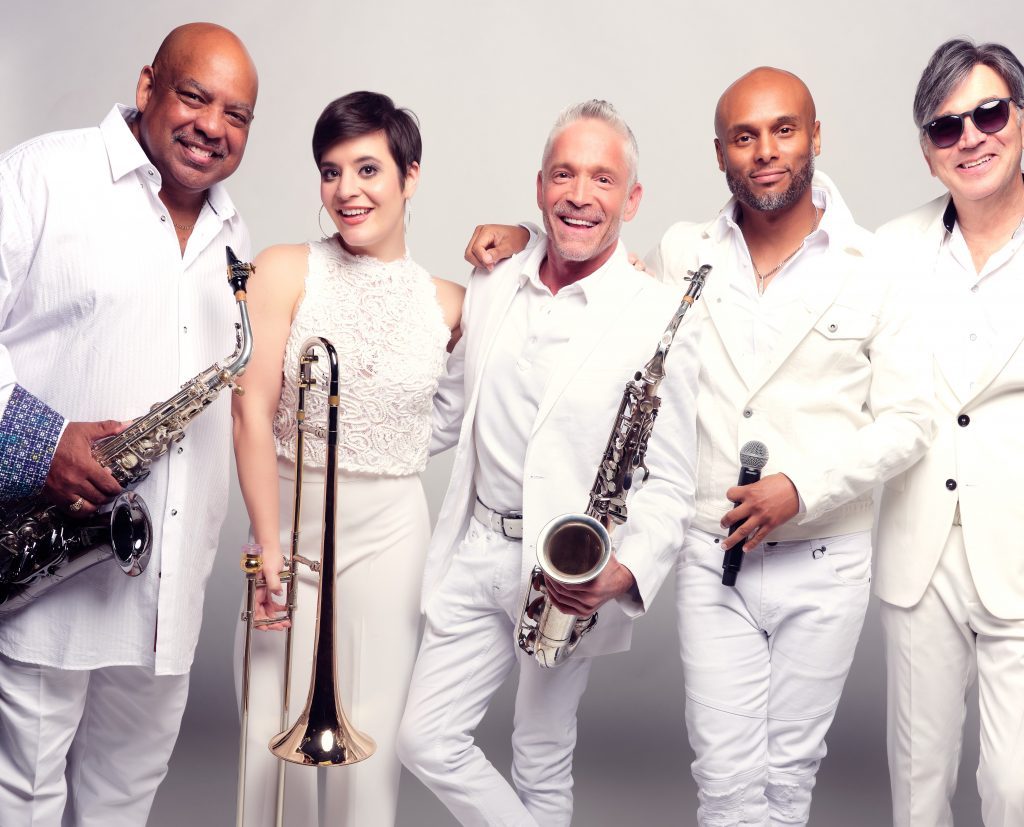 In fact, the lineup for Alexander Zonjic’s Shoreline Jazz Festival includes the above, plus trombonist/vocalist Aubrey Logan and a rhythm section as Dave Koz & Friends Summer Horns.

It will be preceded by a group featuring festival organizer and flutist Zonjic and saxophonist Euge Groove, trumpet player Lin Rountree, Detour and 12-year-old Justin Lynch (mentored by the likes of Bob James and Quincy Jones) on Saturday. The next day finds Sweet Sexy Soul with Will Downing and Avery Sunshine headlining, with Nick Collione, Michael Manson, Marcus Adams and 496 West on the bill. 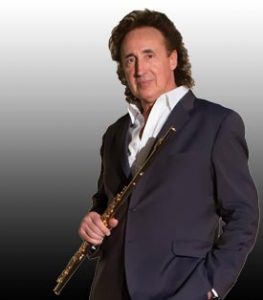 Zonjic said he took over the festival after appearing at a similar one several years ago.

“About seven years ago, I was invited to perform. It was not very successful (in terms of attendance), but I liked the town and the venue, and put in the back of my mind I’d revisit it,” he said.

It helped that Zonjic is no stranger to organizing festivals. “I’ve got ten that I own or run,” he said, mentioning Jazz on the River (24 years), River Raisin (18 years) Dearborn Jazz on the Avenue (11 years), all before he added Shoreline. “I look for balance, different instruments and people.”

Koz said the Summer Horns project came about as his homage to the music he heard and played growing up – Blood, Sweat & Tears, Chicago, the Crusaders, Earth, Wind and Fire. He said even though you’d heard them countless times, whenever the hits by those groups and others would come on the radio, you’d turn it up and listen.

For those who went on to musical careers and played songs by those bands with other like-minded musicians, they still resonate. “There’s something about playing with other horn players,” Koz said. “We all played in sections, it’s part of our musical DNA.”

But which ones to take on? That was no easy task, according to Koz. “We’d take a list of over 100 songs and start to whittle it down,” he said.

A ‘LOT OF THINKING’ TO BALANCE THE FESTIVAL PROGRAM

That’s how they came up with the music for two Summer Horns albums. They include tunes from the above plus Bobby Troup, Miami Sound Machine, Sly and the Family Stone, Dave Brubeck, Tower of Power, even Duke Ellington and Jay-Z (in a medley, no less).

The task isn’t any easier when it comes to creating a set list for the tour. In addition to two albums’ worth of music, there’s all Koz’s recordings and those of the rest of the band to dig through. “It changes from night to night,” Koz said. 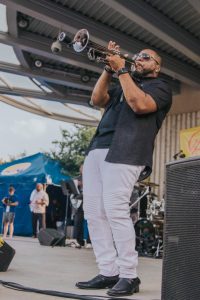 Zonjic believes it’s important to provide a cross-section of styles for an audience that’s attending a day-long or multiple-day event. “A lot of thinking goes into balancing the program. Euge and I collaborated on a show, and I’m happy he wanted to do it again. I don’t want to gratuitously play.”

Zonjic doesn’t even consider himself a jazz musician.

“Some of my playing is jazzy, but I’ve never studied jazz. I was drawn early in my career to music that crossed over. Bob James has that classical influence and knows how to design a melody. Chuck Mangione had that crossover appeal. Jeff Lorber I’ve played with a lot, James Lloyd from Pieces of a Dream – I love his contemporary, funky urban (sound). He’ll be with me as the piano player.”

The festival actually starts Thursday, when Zonjic and friends play at The Block, 360 W. Western Ave. (Tickets, $25-$35, available online here.) It continues throughout the day Saturday and Sunday at Heritage Landing, Shoreline Drive at Seventh Street in Muskegon. Saturday night there’s an after-party jam at the Marriott ($25).