With Michigan’s soulful roots phenomenon The War and Treaty playing Grand Rapids on Sunday, Michael and Tanya Trotter assembled Top 10 playlists of their favorite songs, which say a lot about their own music. 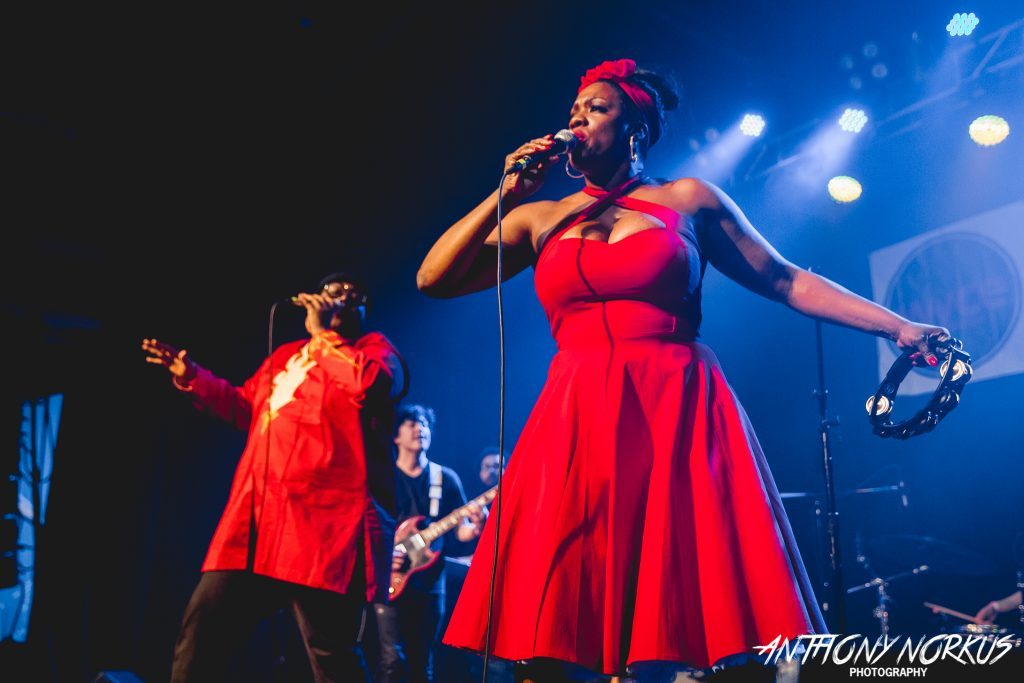 Wide-Ranging Influences: The War and Treaty reveal those in their Local Spins playlists. (Photo/Anthony Norkus)

There’s something infectiously authentic about The War and Treaty.

From the very beginning, Albion’s Michael and Tanya Trotter have oozed passion with soul-drenched voices that mesh perfectly and songs that spring from the heart.

And their effervescent, high-spirited and uplifting performances on stage are nothing less than hair-raising affairs, which makes their upcoming full-band show at St. Cecilia Music Center on Sunday night a must-see event. Some tickets – $30-$35 — are still available for the 7:30 p.m. show, available online here.

With the Jammie Award winners’ return to Grand Rapids imminent, Local Spins asked the Trotters to compile Top 10 playlists of their favorite songs to share with readers and fans.

And because they themselves create music that’s steeped in the tradition of everything from Motown to vintage country to celebrated vocalists, including Michigan’s own May Erlewine and Grand Rapids-bred Al Green, it’s no surprise that all of that shows up in their rosters of tunes.

Enjoy the musical ride as a warm-up to Sunday’s concert, with a Spotify version of the playlists below.

1. Ray Charles, “I Can’t Stop Loving You” – He showed his versatility for sure with his version of a classic country ballad.

2. Al Green, “Let’s Stay Together” – The most feel-good song ever created.

6. Gladys Knight, “Neither One Of Us (Wants to be the First to Say Goodbye)” – Greatest break-up song of all time.

8. May Erlewine, “Never One Thing” – Because I love her so much.

9. Dottie West, “A Lesson In Leavin'” – Because she was revolutionary and underrated.

10. Willie Nelson, “Georgia On My Mind” – Such a different take on the song, but I love it.

2. Sarah Vaughn, “Send In The Clowns” – I saw this sung live in person. Stunning.

3. Dolly Parton, “I Will Always Love You” – She teaches us how to let ’em down easy with this tune.

4. Whitney Houston, “I Will Always Love You” – She ain’t so nice in her approach of letting em down easy lol! But I feel her so much.

7. Ella Fitzgerald, “Mack The Knife” – She is an entire artist clinic in this song alone.

9. Brandi Carlile, “The Joke” – I feel her heart pumping in this song.

10. Valerie June, “Somebody To Love” – Her honesty is shown through this song.

THE LOCAL SPINS PLAYLIST ON SPOTIFY: THE WAR AND TREATY

Editor’s Note: Ray Charles’ “I Can’t Stop Loving You” isn’t available on Spotify. Scroll up for a video of his live rendition of the song.