Wednesday’s thunderstorm knocked out critical equipment along with Friday’s upcoming edition of Local Spins on WYCE. So, you can listen to part of the show right here. 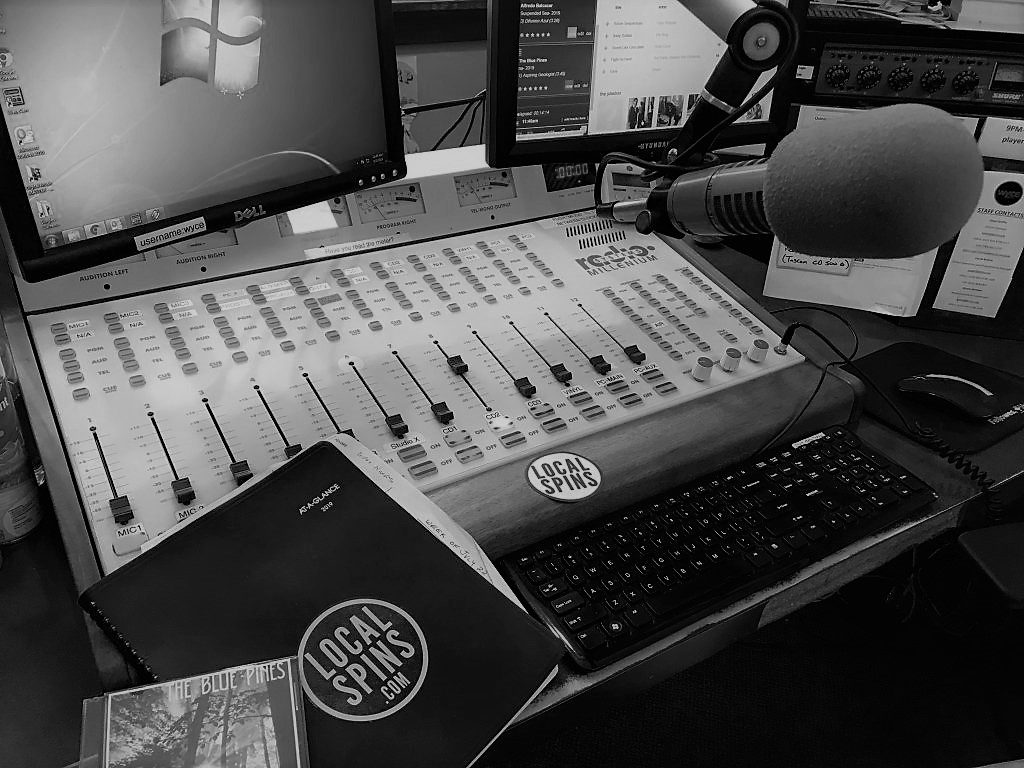 Working to Get Back on the Air: WYCE hopes that happens sooner than later. (Photo/Local Spins)

EDITOR’S NOTE: WYCE returned to the air waves about 11:20 a.m. Friday, too late for this week’s Local Spins on WYCE episode as personnel continued to “hammer out some of the kinks,” according to station manager Hayes Griffin.

Grand Rapids community radio station WYCE (88.1 FM) was knocked off the air Wednesday night due to a storm-caused power outage and might not broadcast again until Friday afternoon.

Although electricity has since been restored to the Community Media Center which houses the station’s studios on Grand Rapids’ West Side, an FM signal processor was severely damaged.

The radio station – which offers up an eclectic mix of music and often showcases local and regional music – is evaluating and diagnosing the problem so that repairs can be made.

“We’ll provide updates as soon as they are available on the status of our broadcast signal,” the station posted on its Facebook page.

In the meantime, volunteer programmers at the station have been informed that those with shows running through 1 p.m. Friday should not plan on broadcasting.

The storm knocked out power to the Community Media Center at 711 Bridge St. NW a little before 8 p.m. Wednesday. It was restored by 4 p.m. Thursday.

Station manager Hayes Griffin said WYCE personnel are working as quickly as possible to repair or replace the $5,000 signal processor, with hopes of getting back on the air sometime Friday afternoon.

“Our engineer Richie Dekker is doing everything he can to get us back up and running ASAP,” Griffin said.

In the meantime, to defy that whole Friday the 13th thing, Local Spins has assembled a Spotify playlist of some songs by West Michigan artists that it planned to air during Friday’s show. Listen to the songs below.

Also, Friday’s scheduled in-studio guest Patty PerShayla, who celebrates release of her new EP, “Oracle Bones,” at 9 p.m. Friday at Creston Brewery in Grand Rapids (along with Emilee Petersmark, Red Rio and Charlie Darling) has stepped in to help out, too.

Because that on-air performance likely won’t occur, PerShayla has instead provided Local Spins with the title track from her new recording, “Oracle Bones,” that you can listen to exclusively here. Enjoy.