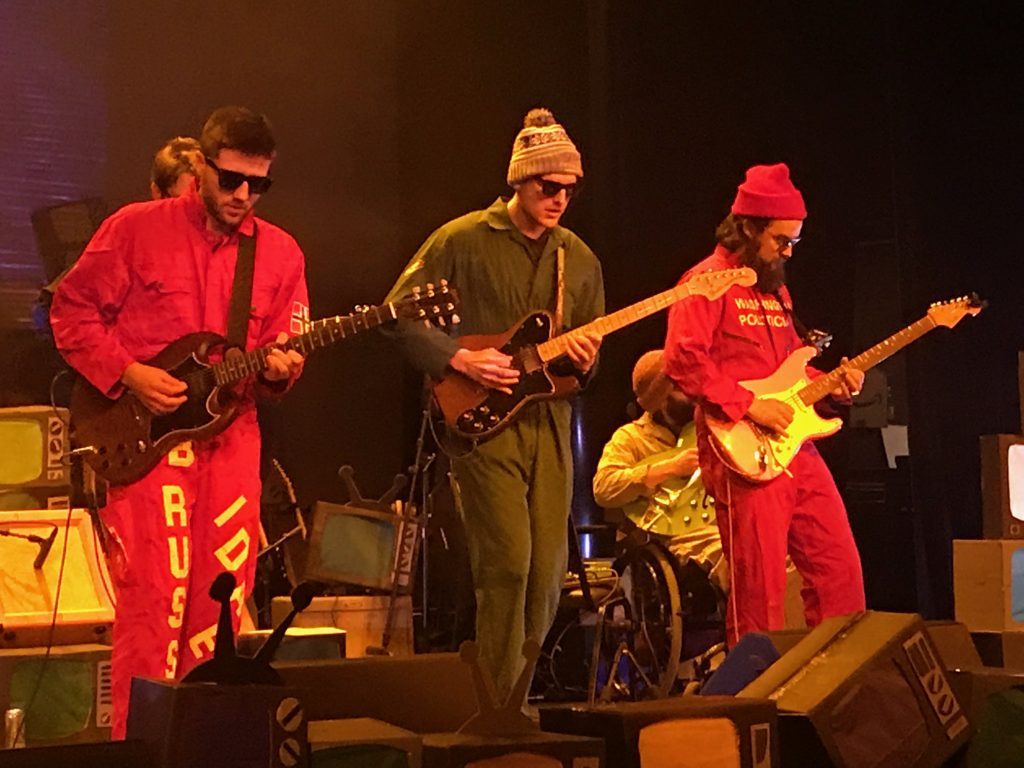 Returning to the Stage: Public Access plays Founders on Saturday, the day they release a DVD from their Wealthy Theatre performance. (Photo/Local Spins)

This week’s edition of Local Spins on WYCE boasted in-studio appearances by two West Michigan bands which have made a splash over the past couple of years by unleashing unusual and fresh music: The neo-soul and experimental rock of Earth Radio and the mesmerizing instrumental rock of Public Access.

Both bands have big shows ahead, not to mention new studio recordings, which brought them both to WYCE on Friday. 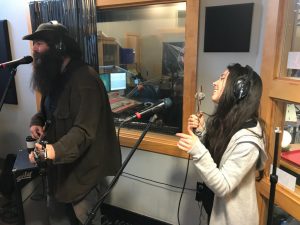 For Earth Radio – 2018’s Local Spins Emerging Artist of the Year – April signals the beginning of an uber-productive stretch leading up to release of the band’s sophomore studio album, “Mother’s Breath,” later this year.

The inventive group featuring Hannah Laine on keyboards and vocals, Justin Avdek on bass and vocals, Dutcher Snedeker on keyboards, Madison George on drums and Travis Swanson on guitar launches a Kickstarter campaign next week to raise funds for its new studio project.

Following that, the band plays Bell’s Brewery Eccentric Café in Kalamazoo on April 12 (with Minor Element, Lushh and Chicago’s Niika), April 17 at SpeakEZ Lounge in Chicago, April 20 at the Blind Pig in Ann Arbor (with Stormy Chromer and Pajamas), and April 25 at Bell’s Brewery Eccentric Café opening for The Accidentals’ album-release party (with Lipstick Jodi also on the bill).

They also play a private release party for Kickstarter backers on May 10 at Third Coast Recording in Grand Haven.

On Friday for Local Spins on WYCE the band rolled out a wild version of The Underground Circus’ “Dr. Dangatang.” Listen to that song here.

“Every time it’s way, way different,” Avdek said of the peculiar track, “and with all of our crazy minds involved, it takes off to strange places.” 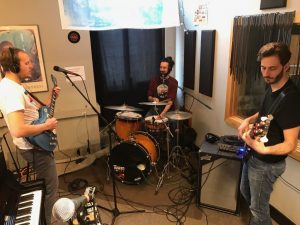 On the Air: Public Access on Friday at WYCE. (Photo/Local Spins)

The band, which has released two studio albums, a couple of live projects and plans a new EP later this year, started a few years ago as the brainchild of Leaf who was “sick of just doing these instrumental loops in my house by myself” and wanted to start a band with Rickabus, Zito and guitarist/Earthwork Music collective founder Seth Bernard.

“I love instrumental music. I love listening to it. I think you can do a lot without saying anything,” Leaf suggested.

“It’s fun to have this canvas that has no words and everybody can make what they want with it. It’s just like this outlet for whatever we want it to be.”

The trio version of the band played two songs during Local Spins on WYCE, “Kenai Fjords” and “Lakshmi Singh.” Watch the video for “Kenai Fjords” here.

The Michigan super-group will bring at least three times as many players on stage – along with an impressive visual set-up – Saturday night (April 6) when Public Access plays Founders Brewing in Grand Rapids, with Wing Vilma also on the bill. The show starts at 9:30 p.m.; admission is $5.

In addition to performances by two bands in-studio, the April 5 edition of Local Spins on WYCE — which showcases local and regional music at 11 a.m. Fridays on WYCE (88.1 FM) — also featured the debut of new tracks by Lighting Matches, Dalmatian Stone, Jack Droppers & The Best Intentions, FlyLiteGemini and Chirp, as well as a track from Joshua Davis’ new live album.