The Grand Rapids band showed off its complex approach for Local Spins on WYCE, which also debuted tracks by James Reeser, Timbre of Cedar, Dalmatian Stone and more. 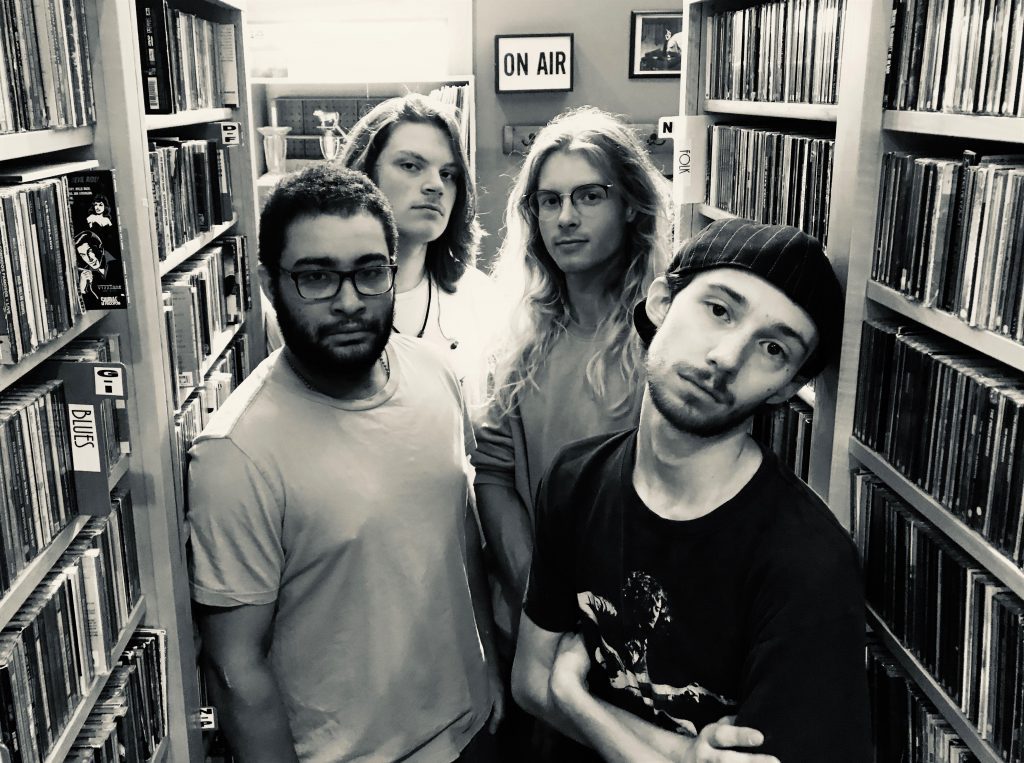 Branching Out, Staying Complex: On the Line (Photo/Local Spins)

“Swimming against the stream.”

With the complex and intricately arranged progressive rock that the guys in Grand Rapids’ On the Line mete out, the band stands out from most groups in West Michigan and that’s just fine with them.

“I view it as diverse, especially with what’s going on in the music scene in Grand Rapids,” said lead singer and guitarist Ryan Jamgotch.

“I see a lot of blues- and folk-influenced stuff and we all love that stuff. But … we like to do a bunch of complex time signatures and a bunch of new types of sounds. We’re just trying to be very different.” 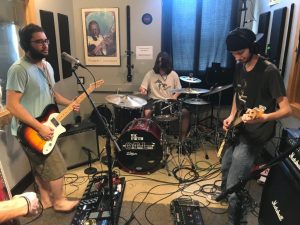 In Studio X: On the Line performing during Local Spins on WYCE. (Photo/Local Spins)

Influenced by bands such as Mars Volta, Pink Floyd, Porcupine Tree, Rush and Radiohead (a group they’d love to open for someday), the band – Jamgotch, guitarist Frank Tuka, bassist Calvin Garvey and drummer Zach Dubay – is blazing its own path.

The group, which plays Battle Creek’s Leilapalooza on Saturday (July 27), Rockford Brewing on Aug. 3 and Grand Haven’s Walk the Beat on Aug. 10, will soon release a single with plans for a new EP later this year or in early 2020.

On the Line is self-producing for the first time and “trying to make everything sound perfect,” Jamgotch said.

Added Tuka: “This time we’ve spent a lot more time focusing on the production value of this record. That last one (2017’s “Color Tour”) was more raw, in your face. This one is more polished.”

The band demonstrated its polished approach during this week’s edition of Local Spins on WYCE, performing a new song, “Spell of Degrading,” as well as a track, “Road of Reoccurence,” from “Color Tour.” Watch a video of “Spell of Degrading” here, with the full radio show podcast and band interview below.

Band members conceded that many of their fans are also musicians, “so when they understand what we’re doing, it connects with them more,” suggested Jamgotch, who’s also a studio engineer.

For other fans, On the Line – which leans on its band chemistry to create its music – also weaves in pop-styled hooks amid its serpentine, technically challenging songs.

Eventually, the band hopes to tour outside Michigan while continuing to release new original music. “We’re trying to branch out,” Jamgotch said.

The July 26 edition of Local Spins on WYCE – a radio show that airs at 11 a.m. Friday on WYCE (88.1 FM) and focuses on local and regional music – also featured the on-air debut of new tracks by James Reeser & The Backseat Drivers, The Timbre of Cedar, Dalmatian Stone, James Spalink and FlyLiteGemini, as well as music by Skyking, Pink Sky, Cabildo and The Legal Immigrants. Listen to the show podcast here. 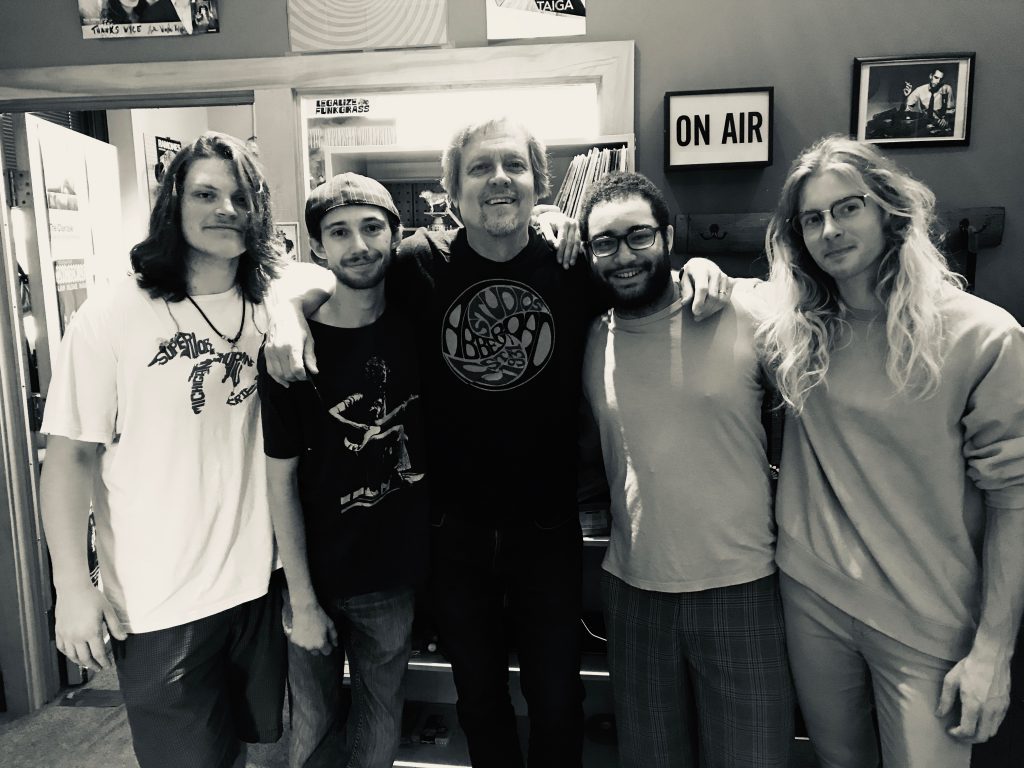