With a new album dropping Tuesday, the L.A.-by-way-of-Chicago rock band made a tour stop at Calvin College on Saturday and turned the Fine Arts Center into a confetti-drenched party pit. Sort of. 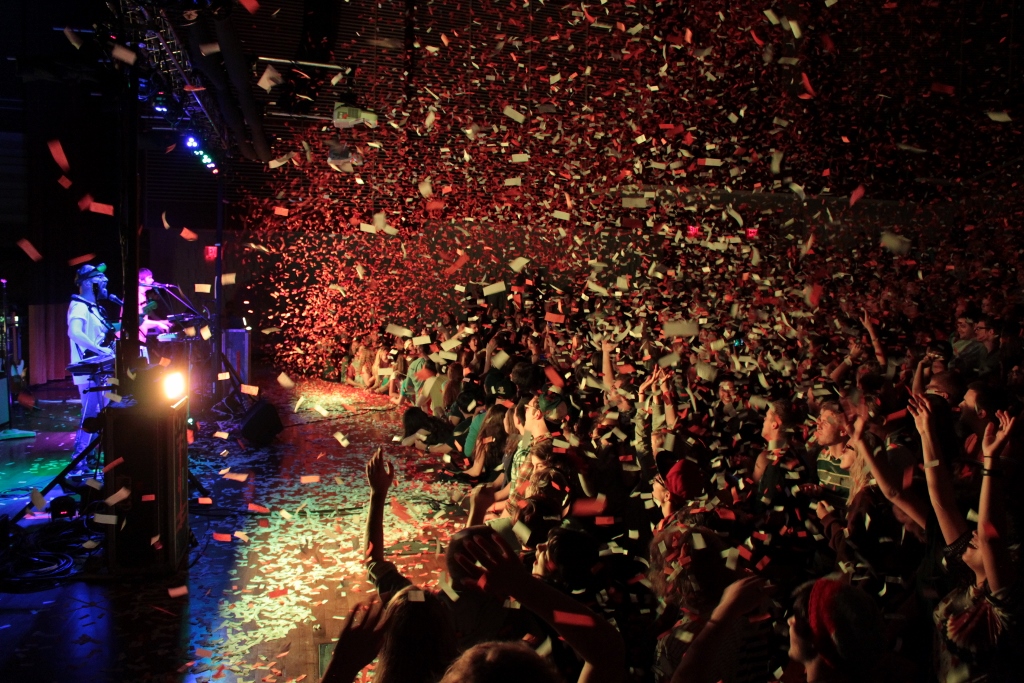 Bringing the Party to Calvin: Rock/pop’s OK Go delivered a show on Saturday unlike anything the Convenant Fine Arts Center has ever seen. (Photo/Anna Sink)

OK Go is not just a bunch of video pretty boys.

I’m not exaggerating when I say this rock/pop band is as inventive, clever and entertaining live as any I’ve seen in the past dozen years – no matter the size of the crowd – and their dazzling show in front of 600 or so fans at Calvin College’s Covenant Fine Arts Center on Saturday only cemented that reputation. 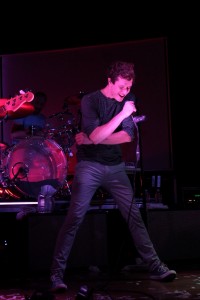 • A mesh screen in front of band members upon which words and designs were projected in striking fashion, with other video screens behind them adding to the milieu and/or mania;

• An astonishing – and amusing – audience-participation segment in which lead singer/guitarist Damian Kulash recorded audience claps, stomps and other noises on a cellphone then turned them into a percussion bed for a harmony-laden “acoustic” segment by the band;

• A couple of impromptu Q&As with Calvin students in the audience, covering everything from Kulash’s favorite color (black) to the area in Kalamazoo where bassist and Michigan native Tim Nordwind grew up (Westnedge Hill), with Nordwind also conceding he really did shave off just half of his beard for the band’s new “The Writing’s on the Wall” video;

• Kulash strapping on an acoustic guitar to perform at a microphone in the middle of the auditorium crowd;

• Kulash inviting fans to dance with him for the final song of the encore, “Here It Goes Again,” thus jamming the stage with about 100 exuberant-but-polite Calvin students in what may be a first for the Covenant Fine Arts Center. 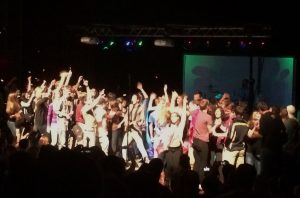 Here They Go Again: The band called students on stage during the encore. (Photo/Local Spins)

Oh, and yes, the L.A.-by-way-of-Chicago band – Kulash, Nordwind, drummer Dan Konopka and guitarist/keyboard player Andy Ross – even screened a short film of highlights from OK Go’s catalog of much-acclaimed, elaborate music videos which have become its trademark, not to mention playing a bizarre assortment of odd instruments throughout the night, including a tiny triangle, tiny keyboard and tiny ukulele.

In short, OK Go – which releases its new album, “Hungry Ghosts,’” on Tuesday – was in quintessential, delicious OK Go form, turning technical glitches into humor-infused triumphs, uncorking their insanely catchy older material (“Get Over It,” “This Too Shall Pass,” “Do What You Want,” “White Knuckles”) and injecting so making vitality into their brand new songs (“Upside Down and Inside Out,” “Obsession,” “The Writing’s on the Wall,” “I Won’t Let You Down,” “Turn Up the Radio”) that the crowd couldn’t help but get swept up in their fresh-yet-somehow-familiar vibe.

No act occupies the same musical space as OK Go, and honestly, it’s baffling to me why these crafty fellows aren’t bona fide superstars outside of YouTube. Maybe their stuff is just plain too smart for some folks to climb aboard. I mean, the last time I saw these guys in 2009, they played in front of a spare gathering of maybe 200 people in the front lounge of The Intersection and delivered the same sort of energetic, crowd-pleasing spectacle.

They clearly relish what they do and thrive on pushing the boundaries of audience-engaging musical entertainment. And as Saturday night’s show demonstrated, that can be a true pleasure to behold. 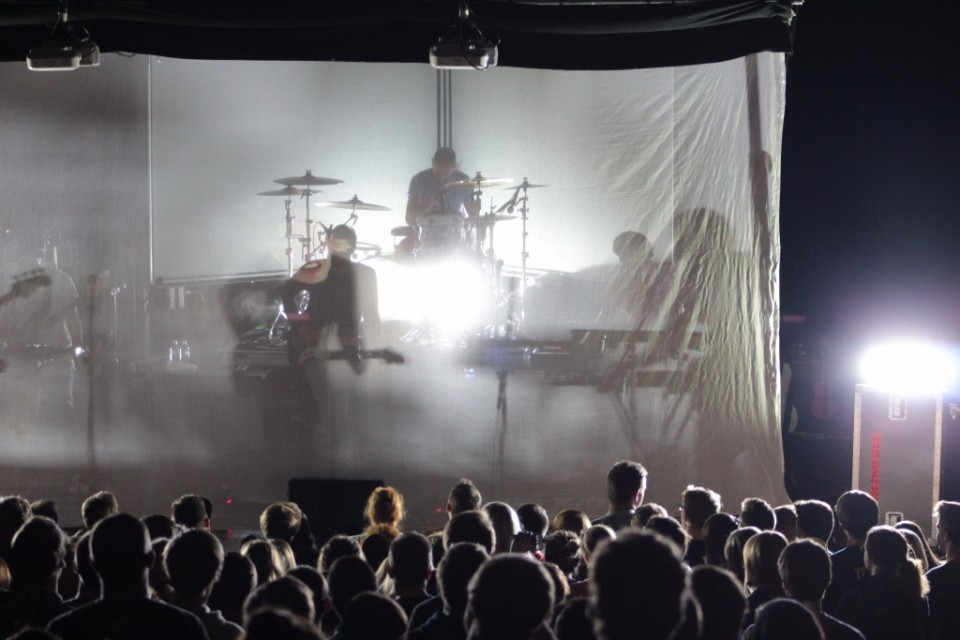 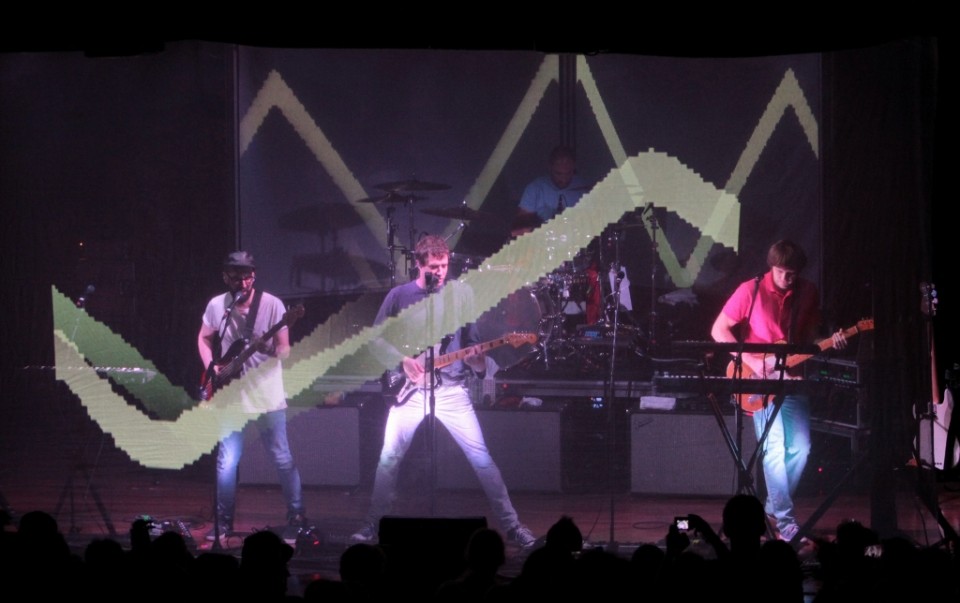 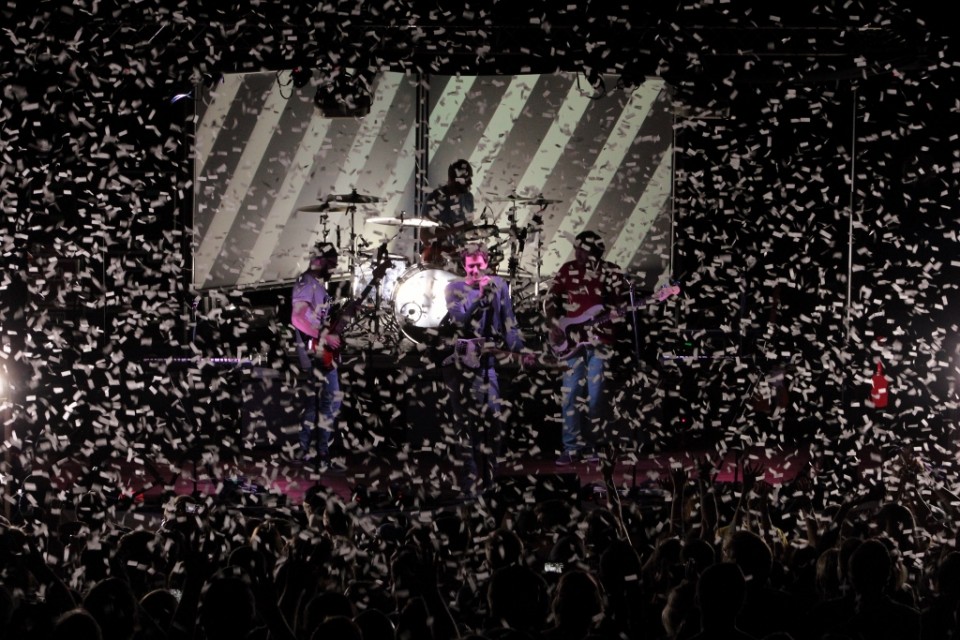 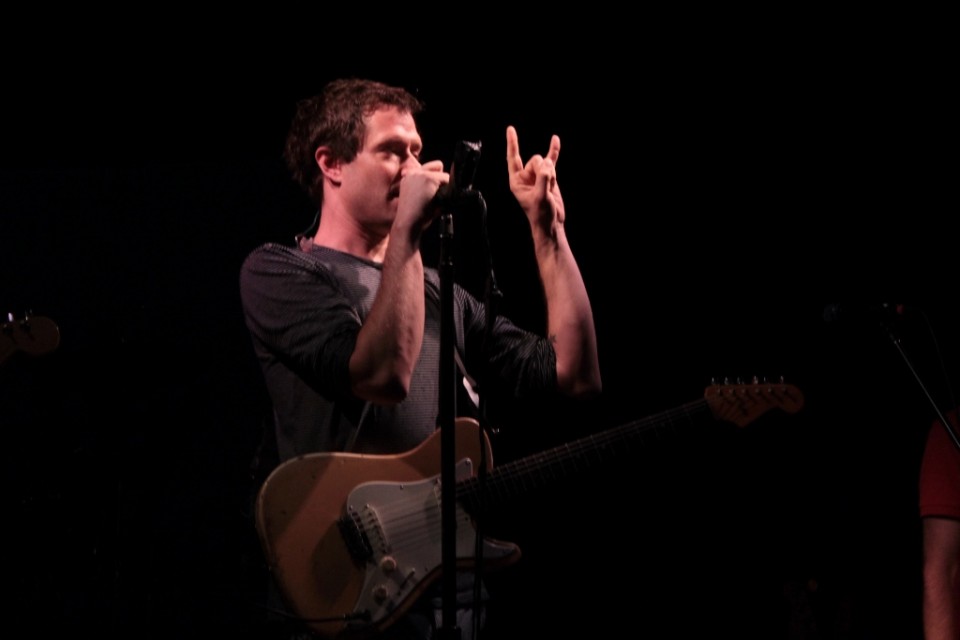 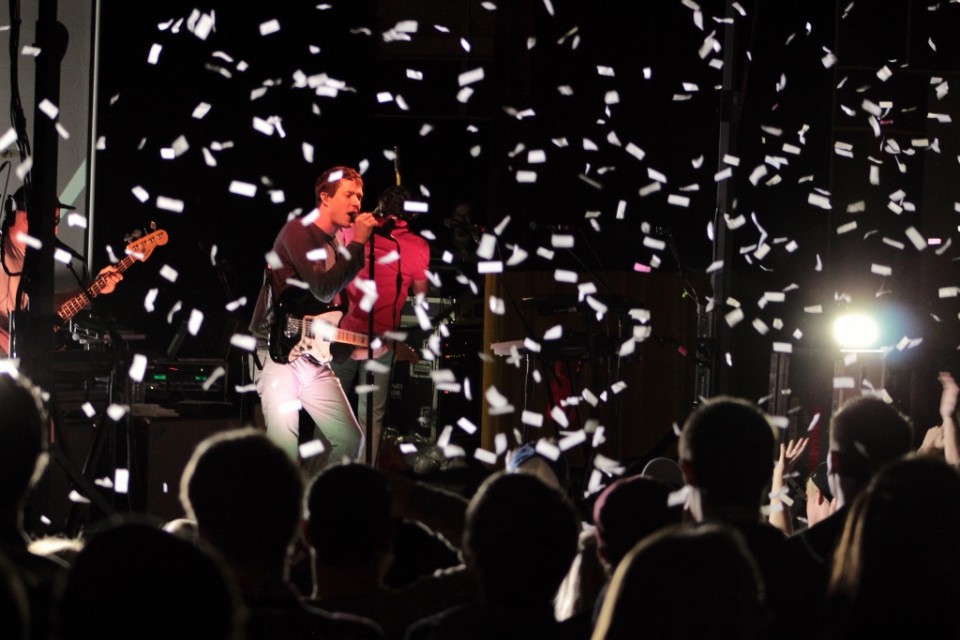 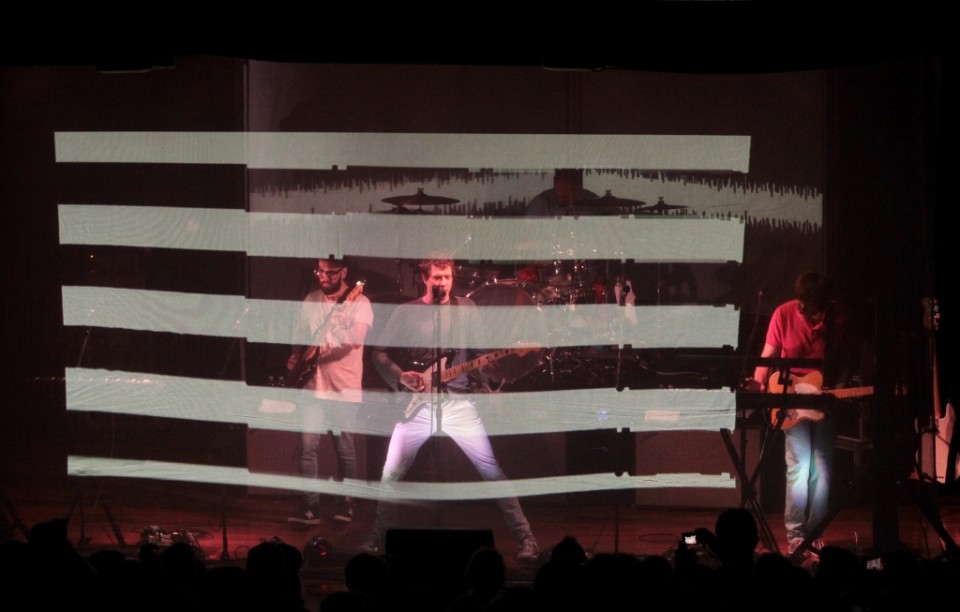 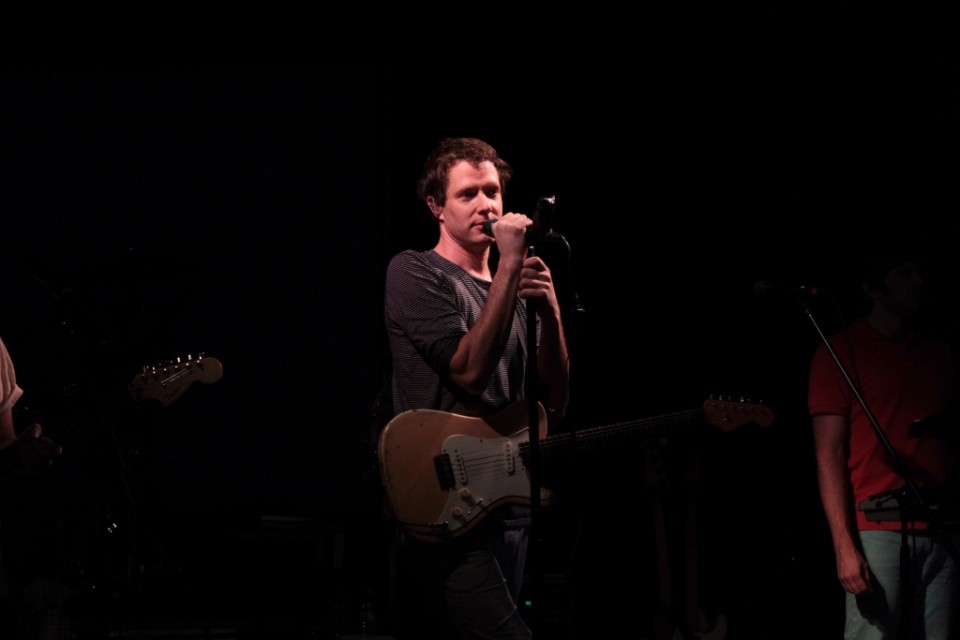 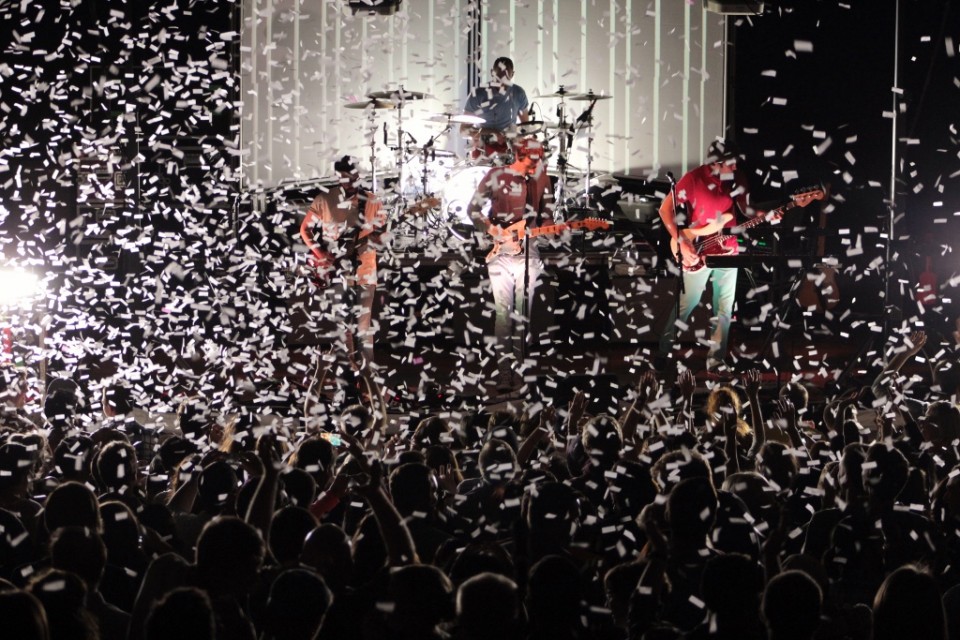 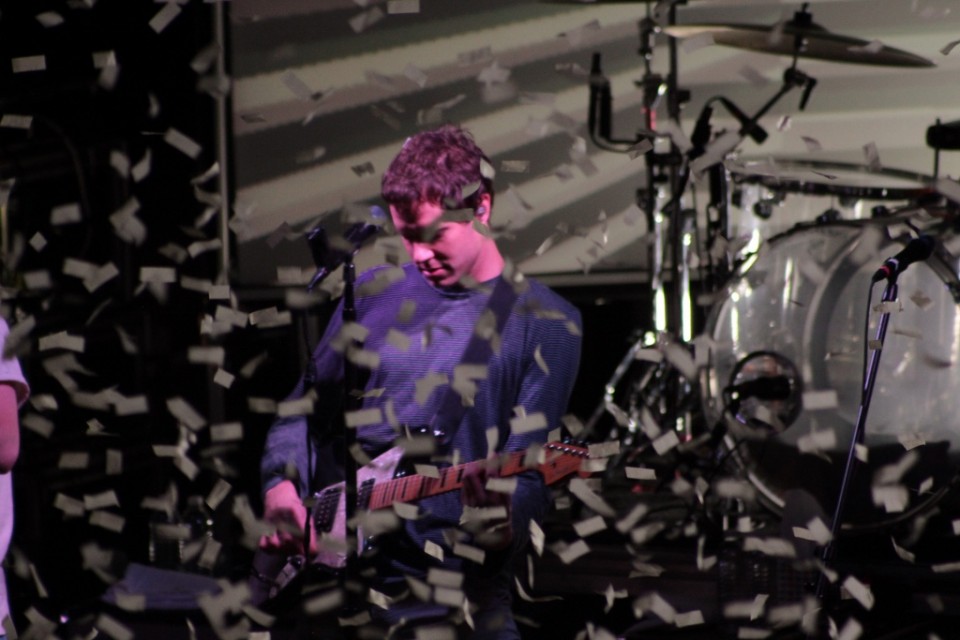 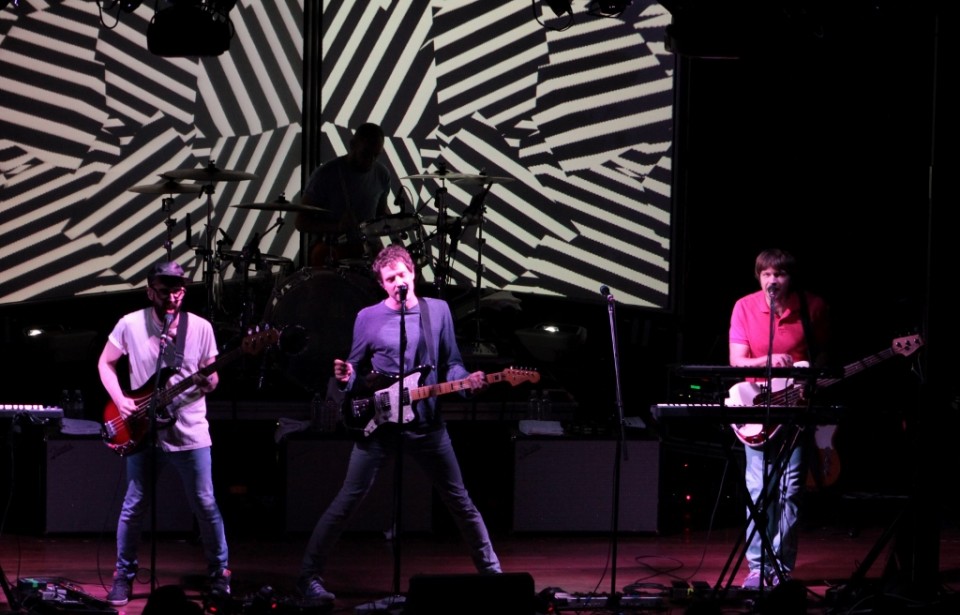 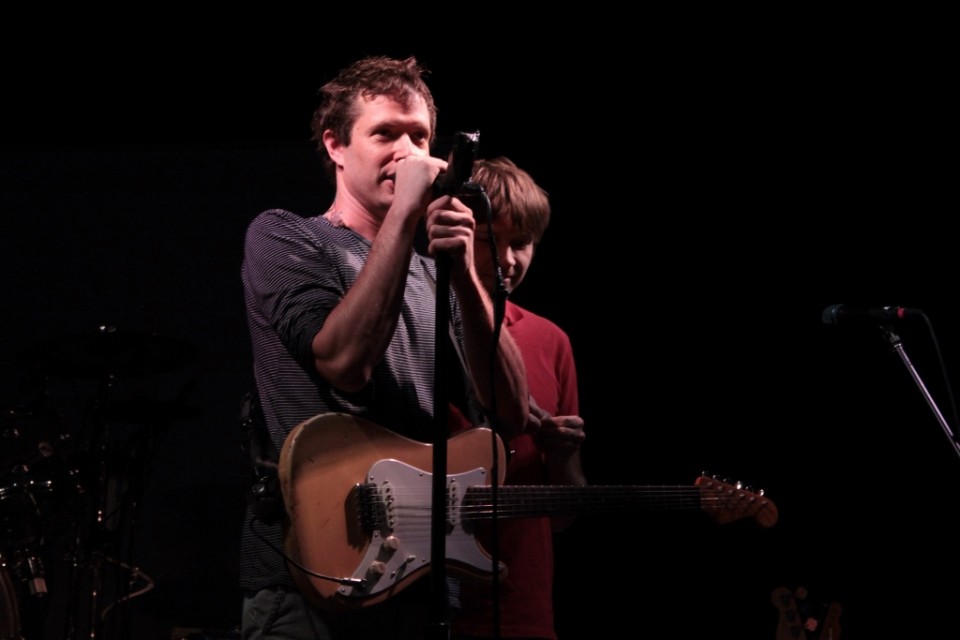 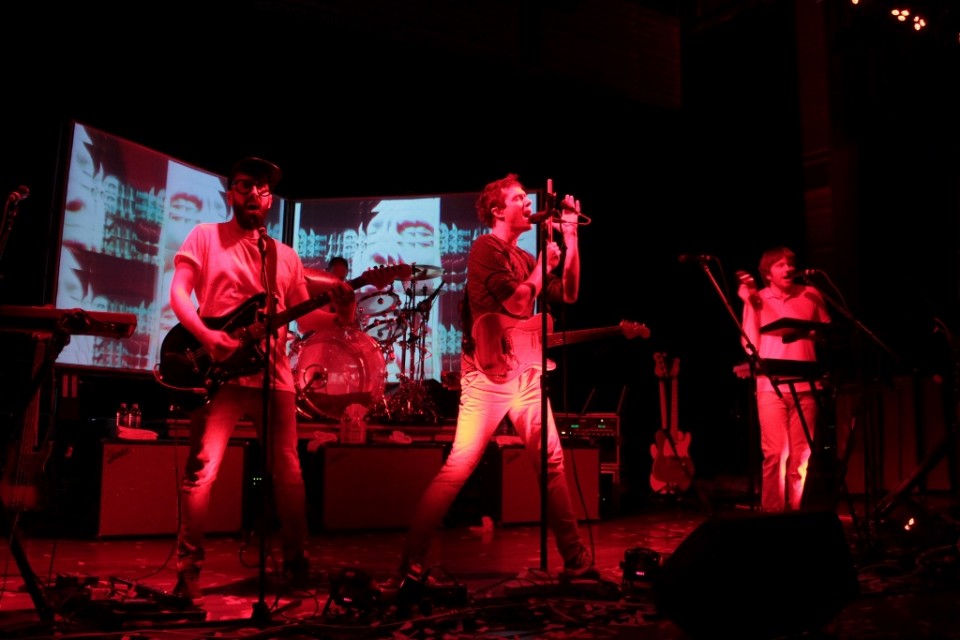 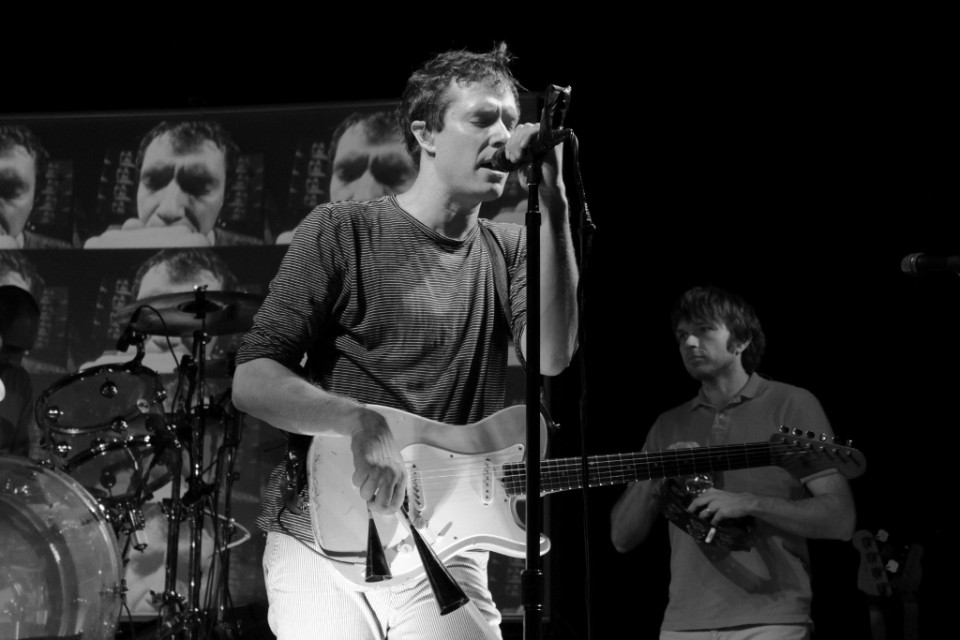 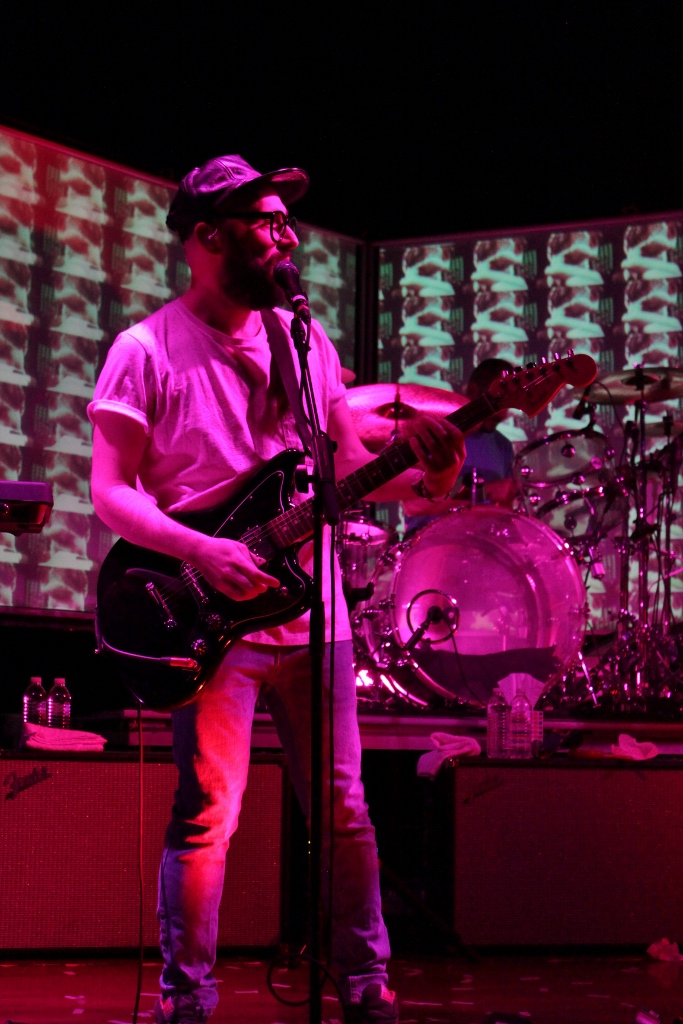 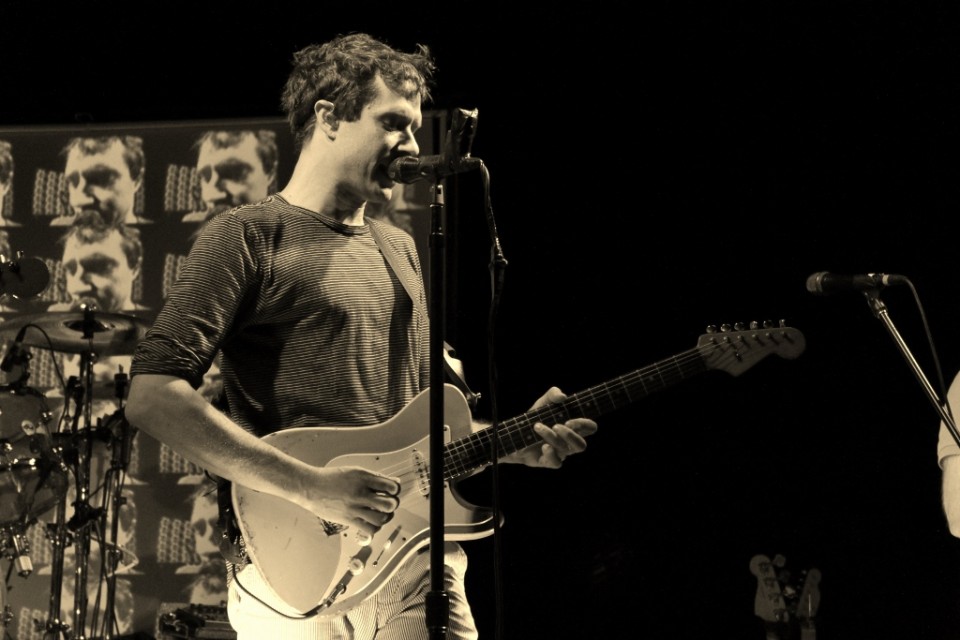 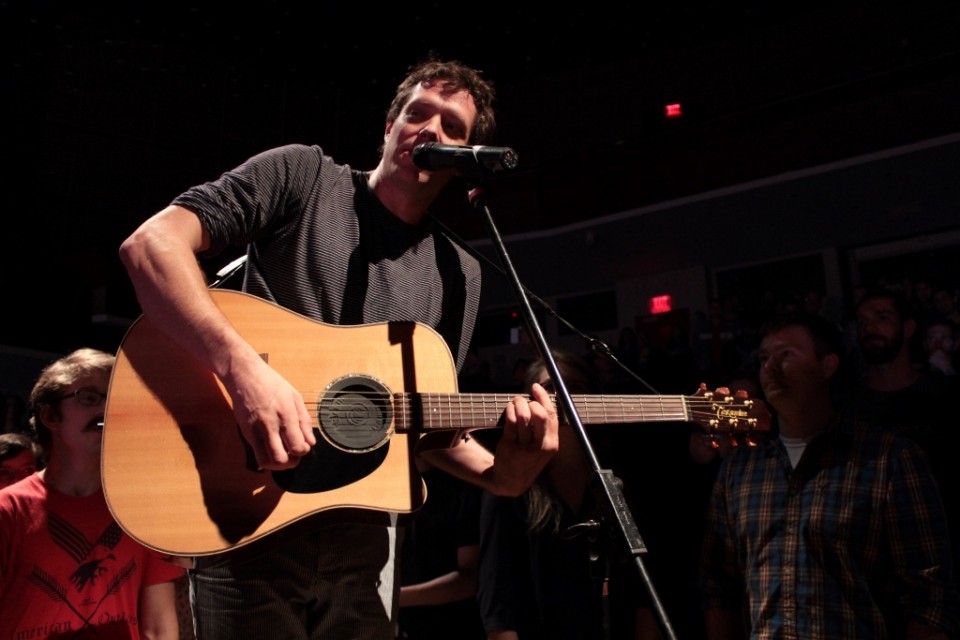 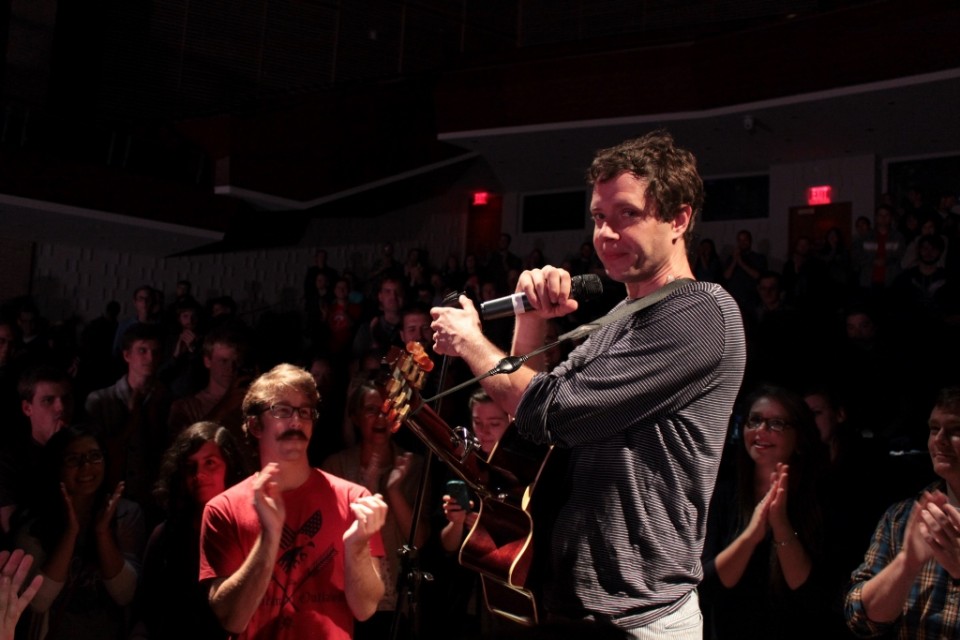 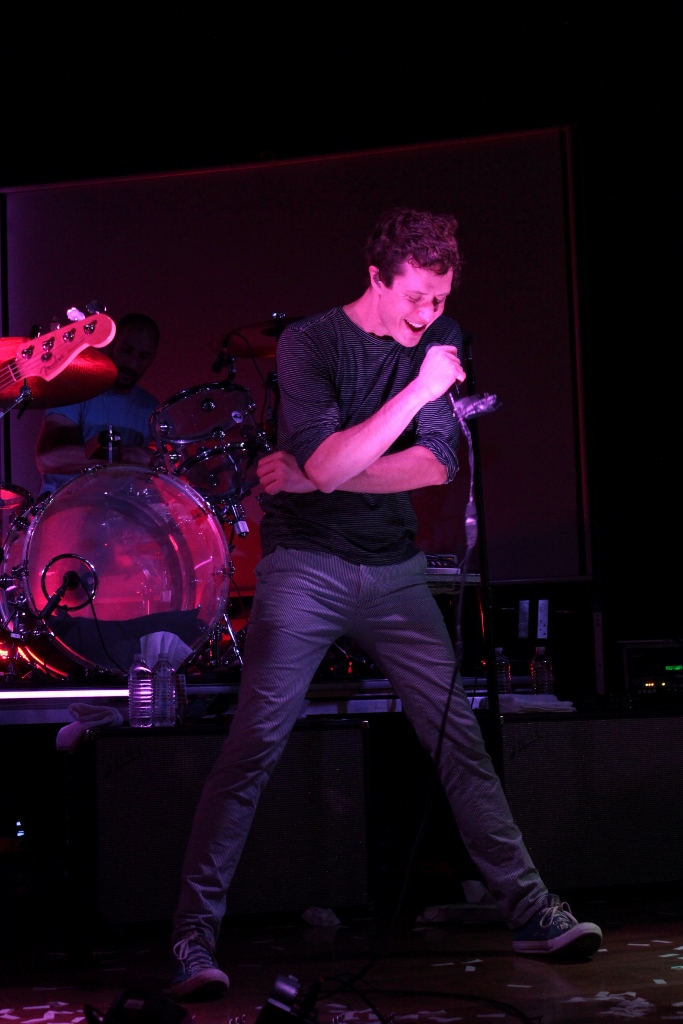 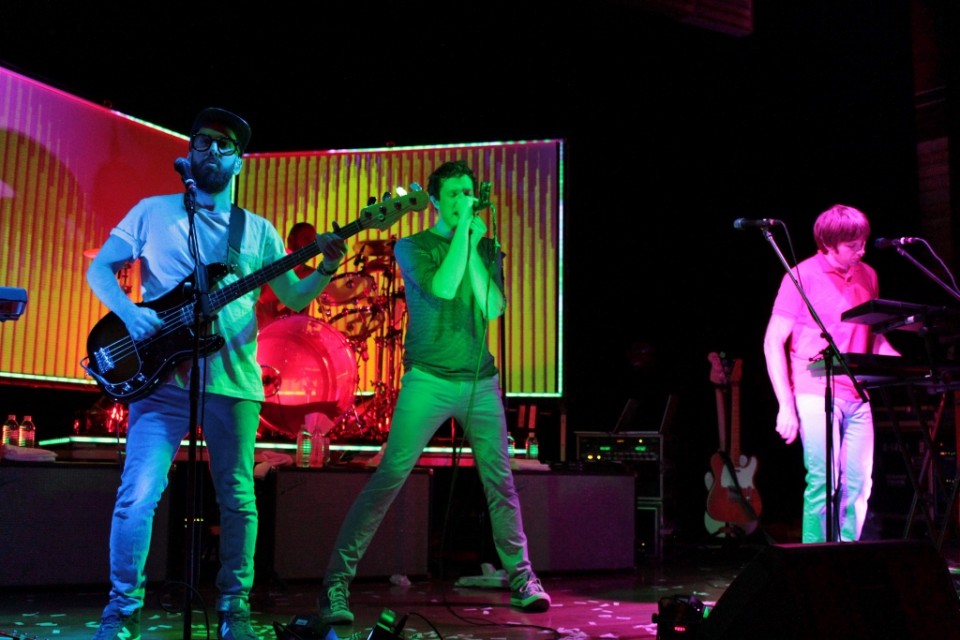 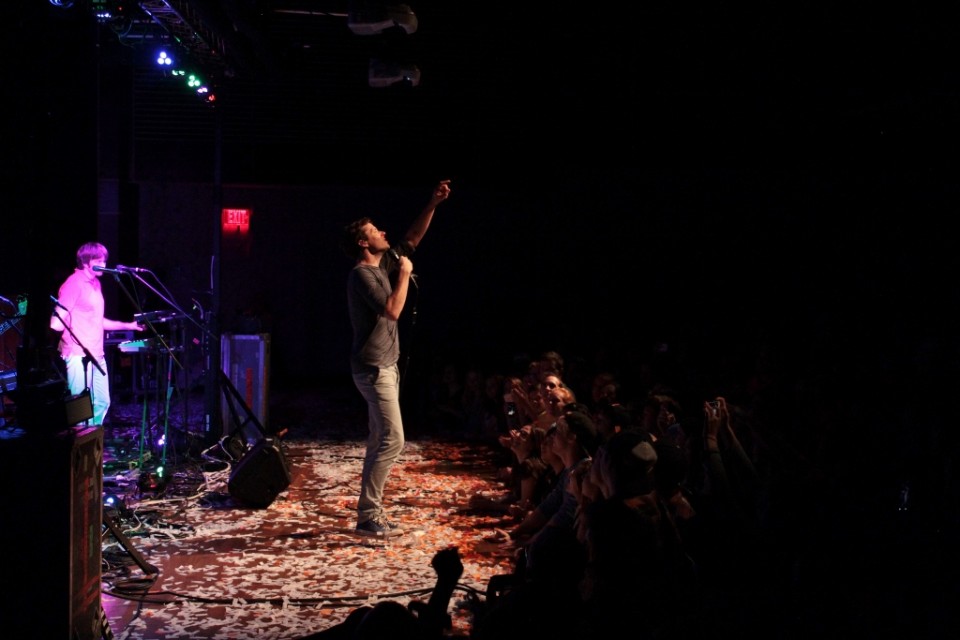 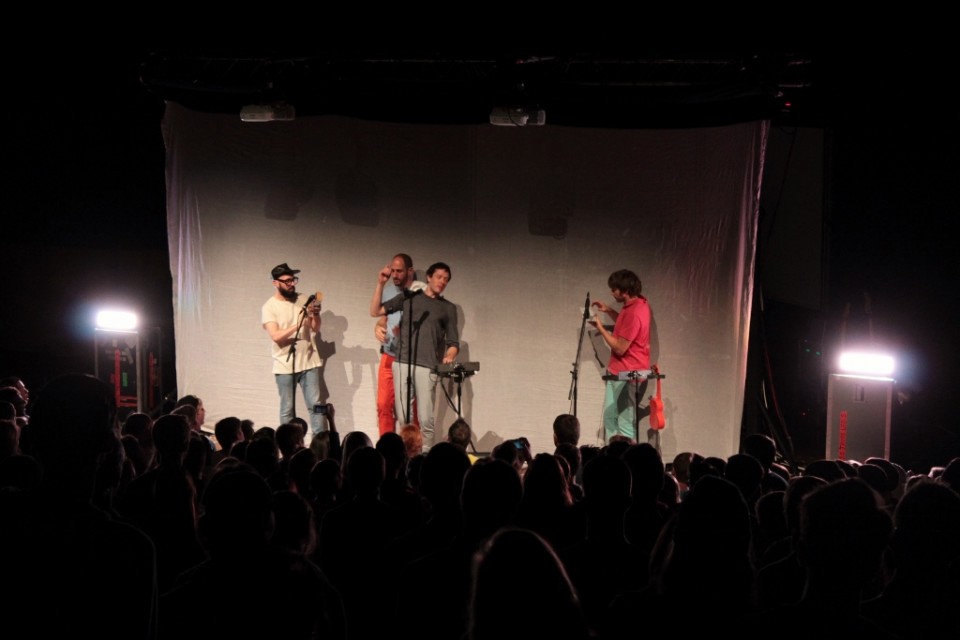 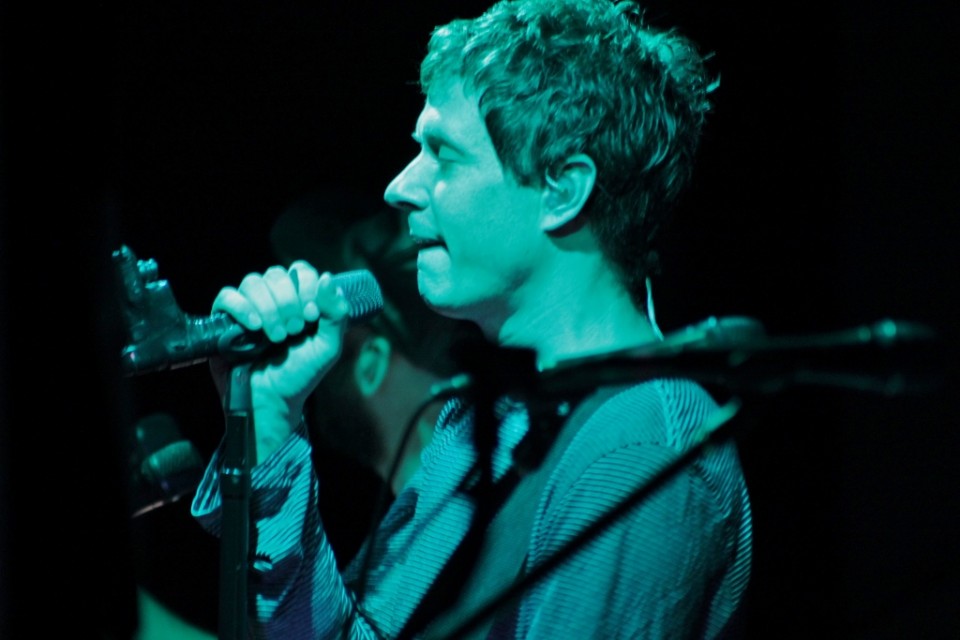 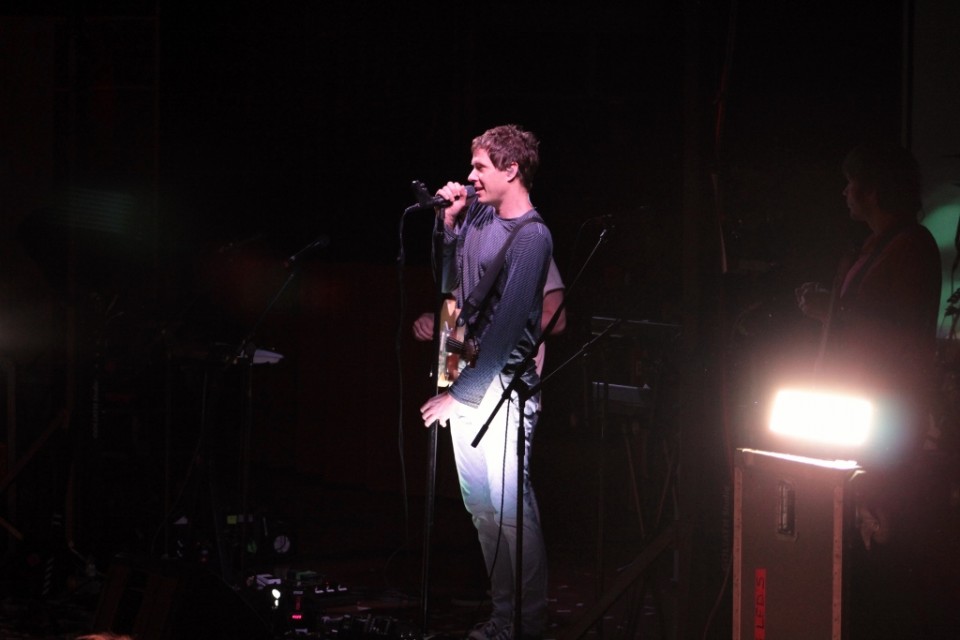 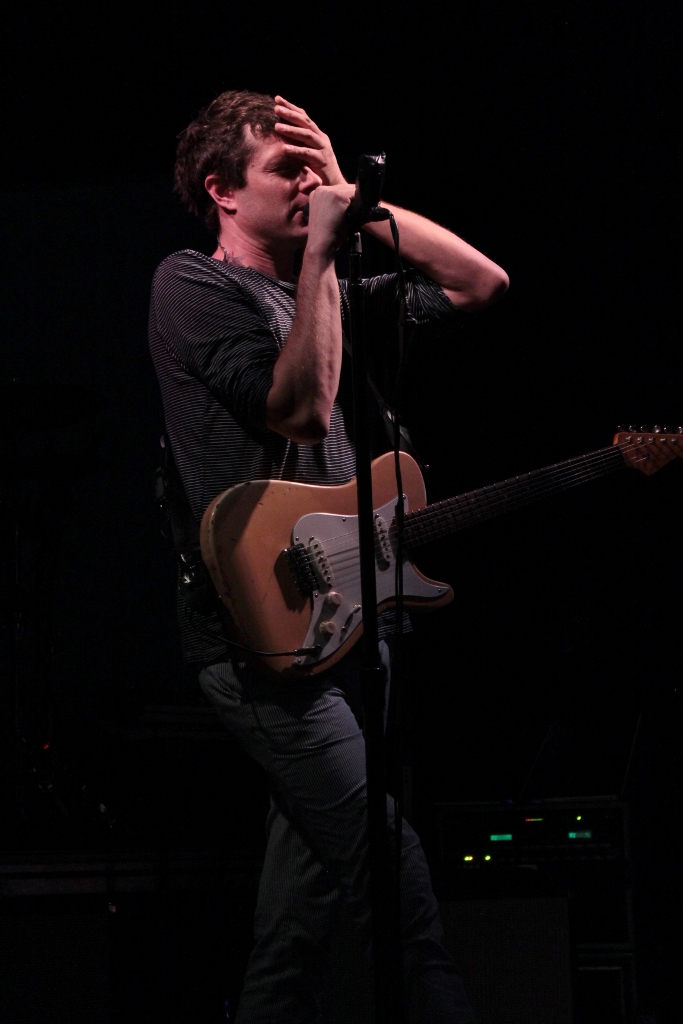 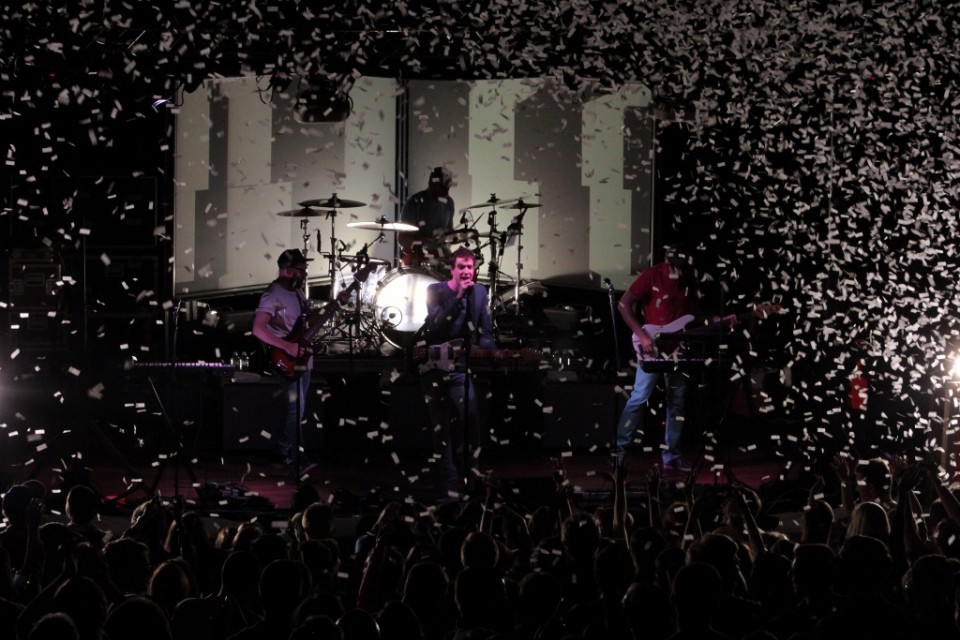