With wristbands going on sale Friday, the popular festival taking place in Rothbury the last weekend in June next year revealed a lineup that include’s Michigan’s own Joe Hertler & The Rainbow Seekers. 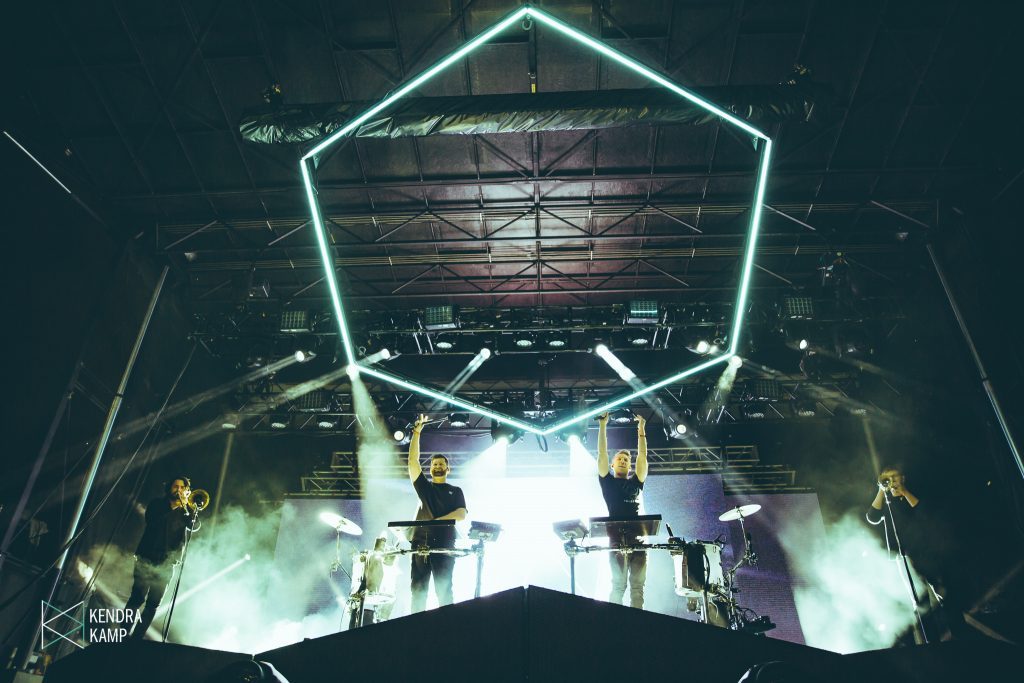 SCROLL DOWN FOR FULL LINEUP

DEC. 7 UPDATE: Tickets to Electric Forest 2019 have sold out in record time, according to festival promoter LiveLoudMedia.com. The tickets went on sale Friday morning (Dec. 7) and by early evening, Electric Forest announced that all tickets were gone for the festival that will take place over a single weekend in late June 2019. There is an Electric Forest wristband exchange available online here.

Electronic music superstars Odesza, Kygo, Bassnectar and Zeds Dead will headline Electric Forest 2019, with “house band” String Cheese Incident playing three nights at the Rothbury festival that will take place over a single weekend at the end of June.

The lineup announcement comes five days after Electric Forest announced that it would revert to a one-weekend festival taking place at Double JJ Resort in Rothbury, Mich., June 27-30. 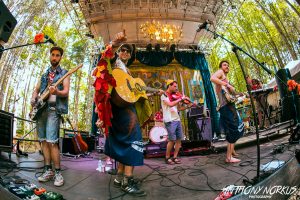 Back to the Forest: Joe Hertler & The Rainbow Seekers first performed at Electric Forest in 2015. (Photo/Anthony Norkus)

In 2017 and 2018, the popular Michigan mega-festival was staged over two weekends but will be confined to a single weekend next year due to concerns for “conservation and longevity,” organizers said in a prepared statement.

The festival previously had announced that the 2019 event would feature “upgraded landscapes, areas with new grass and infrastructure improvements” with a new multi-year conservation plan implemented for the Sherwood Forest installation.

“Protecting and curating the grounds of Electric Forest for generations to come is important to all of the Forest Family. The impact that comes with two weekends will need to be reduced for the new improvements to take hold,” they maintained.

A GLOBALLY RENOWNED FESTIVAL AND WORRIES ABOUT A QUICK SELLOUT

The news of a one-weekend event wasn’t greeted enthusiastically by some concertgoers. “Bummer,” one fan groused on Facebook after the announcement was made. “Y’all just took a major step backwards in my mind,” wrote another.

Many commenters worried about a quick sellout of tickets for one weekend’s worth of music in 2019. “Now it’s just going to sell out so fast and people aren’t going to have the opportunity to go,” one fan noted. 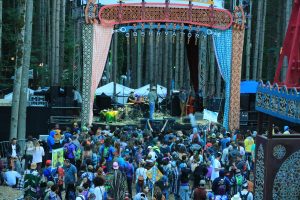 Organizers also have announced a new Electric Forest ticketing system that requires users to set up a ticketing account.

The 2018 festival’s second weekend proved to be more packed than Weekend One, though many happy revelers could be found attending both sessions. An estimated 30,000 or so attended the first weekend; 40,000-plus the second.

A London-based website last year ranked the colorful Michigan festival as one of the “Top 10 Festivals in the World” alongside such high-profile music events as South By Southwest in Texas and Burning Man in Nevada. DesignMyNight.com hailed Electric Forest as “one of the most unique festivals in the world” with ‘incredible manageries of lit spaces” and “nightly colour” with an “anything goes” attitude.

For the 2019 event, Odesza is set to headline Thursday night, Kygo on Friday, Bassnectar on Saturday and Zeds Dead on Sunday, with String Cheese Incident performing three nights. Odesza, by the way, uncorked a triumphant spectacle to close out day one of last summer’s Breakaway Music Festival in Grand Rapids.

Get more information and sign up for updates online at electricforestfestival.com. Electric Forest debuted at Double JJ Resort in Rothbury in 2011. The original Rothbury Festival was held on the site in 2008 and 2009 before taking a year off and being renamed Electric Forest. 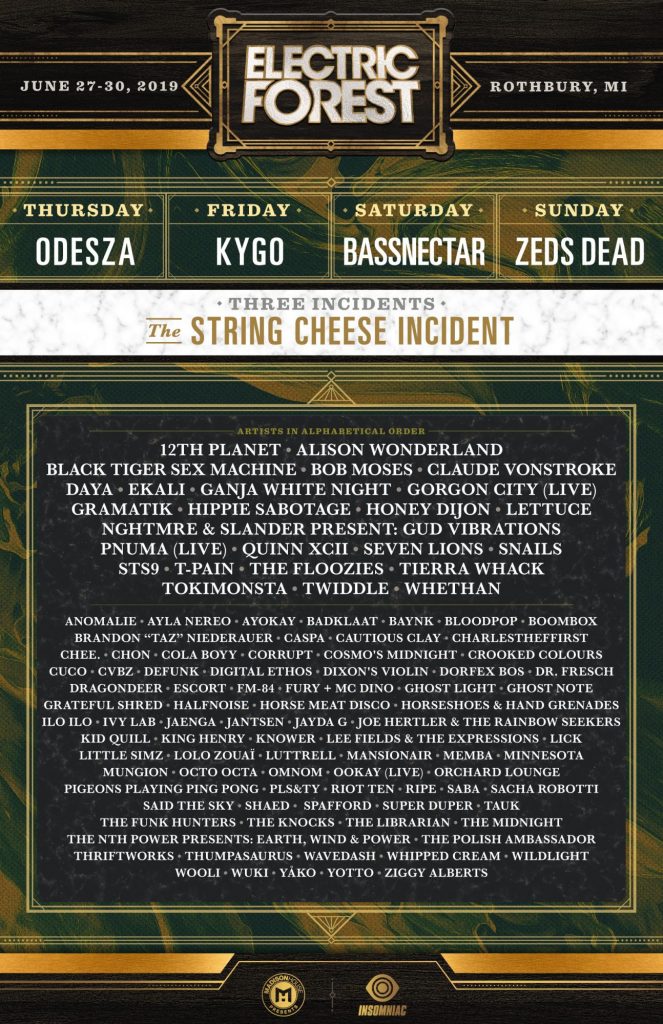