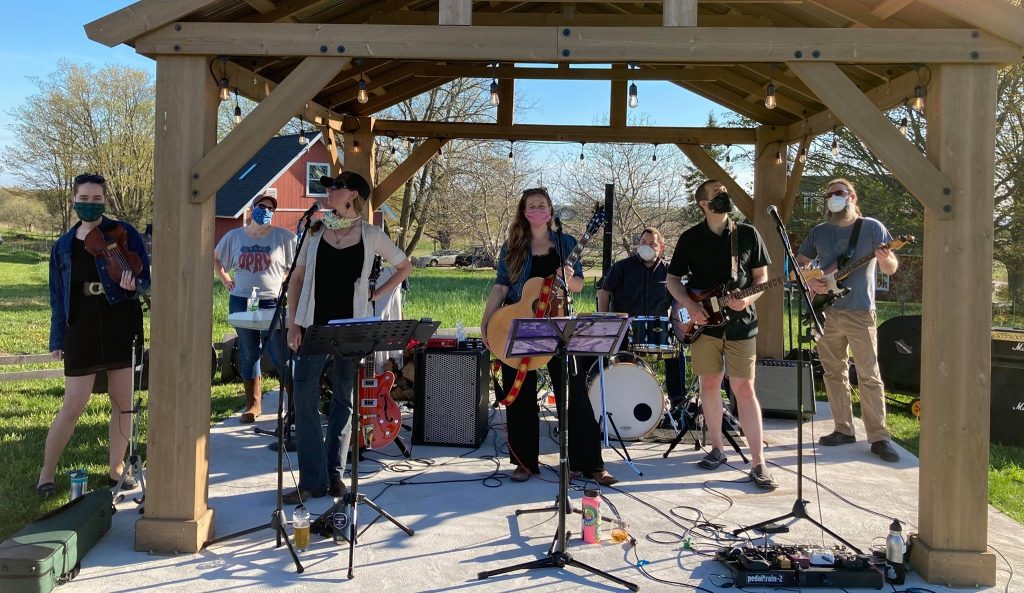 EDITOR’S NOTE: This is part of a Local Spins series probing the challenges facing Michigan’s re-entry into live music amid the coronavirus pandemic. Today, northern Michigan writer and musician Sean Miller reports on the status of live music in a region that was recently reopened by the state as part of the COVID-19 recovery process.

Once bustling with live performances and listening patrons, venues across the Mitten State have mostly been silenced due to this year’s coronavirus outbreak.

The entertainment industry throughout Michigan — venues and musicians included — have all felt the hardships brought on by the virus. However, northern Michigan and the Upper Peninsula started the first phase of reopening bars, restaurants and other business on May 22 under Gov. Gretchen Whitmer’s reopening plan allowing some artists to return to a stage.

“We had our gig booked months ago. It was booked before the virus hit,” said Mark Blaauw-Hara, frontman for Petoskey’s The Lonely Lovers. 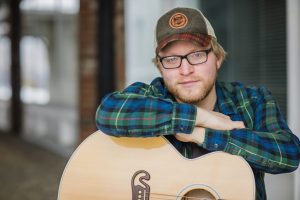 “It was going to be canceled but, when Whitmer announced that bars were permitted to safely reopen, I reached out to see whether they wanted to still have us and they did.”

Blaauw-Hara was one of the few musicians finding himself back behind a microphone and back in front of a crowd at Bier’s Inwood Brewery in Charlevoix earlier this month.

“They are kind of in a unique position in that they have abundant outdoor seating in an amazing location overlooking Lake Michigan. It’s an ideal setup for a safe way to socialize. We were set up under a pavilion at the edge of an outdoor seating area so there was minimal danger to us or anyone else,” he said.

Not every northern Michigan musician is champing at the bit to play and have the same sense of security as Blaauw-Hara.

And not every northern Michigan venue — while operating at 50 percent capacity — is bringing back live music right away either.

“It’s definitely been a roller-coaster. When I am working on music things, it’s working on telling people their gig is canceled and their money is unfortunately gone as well,” said Beards Brewery event and entertainment coordinator Stephen Struwve.

Beards Brewery is currently only open for to-go ordering and curbside takeout with very limited seating on their patio outdoors. Their main dining room — equipped with a stage, sound and lights — remains empty.

“We do plan on having music back in the future, but it’s just different every day. It’s up in the air on when this will all be safe again and people are comfortable to enjoy live music in close quarters again,” said Struwve.

MANY BREWERIES, RESTAURANTS REOPEN WITHOUT LIVE MUSIC … FOR NOW

Beards Brewery isn’t the only northern Michigan venue that is open and continuing to hold off on music. Petoskey’s City Park Grill, Red Sky Stage and Noggin Room Pub, and Traverse City’s Workshop Brewing Company, Grand Traverse Distillery and Bonobo Winery are among venues across the Tip of the Mitt still not offering live music.

Musician and Blissfest Music Organization’s programming contractor Caroline Barlow — a members of The Lonely Lovers — was another musician that had an opportunity to play but remains on the fence on whether she wants to jump right back in. 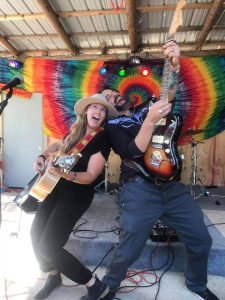 “It was awkward even for us as a band to set up and sort things out for playing. I still feel kind of risky singing and not being totally six feet apart,” she said.

“I wouldn’t say the one gig I did is opening me up to play every gig now though. I’m not sure on how I’ll move forward, but do think we have a responsibility as performers and event planners to create a safe space for people.”

Barlow believes that as Michigan continues to open up, music lovers will see more outdoor and socially distant venues or series.

“That isn’t a long-term solution though and not one that is even plausible in some cases,” she said.

The Crooked Tree Arts Center in Petoskey is an example of that.

The City of Petoskey told the organization that, even though their summer concert series in Petoskey’s Pennsylvania Park is outdoors, they had to push it back until after the Fourth of July leaving them to reschedule a handful of acts later in the year.

Other events featuring local performers such as Cross Village’s Concerts on the Bluff, Boyne City’s Stroll the Streets and others have been canceled or postponed.

“Music is obviously worth it, which is why so many people are switching to digital platforms or finding ways to keep playing. But who knows who long this will go on for,” said Barlow.

“I’m prepared for the long haul here and am expecting to really kind of lay low for a year or so.”

Read Local Spins publisher John Sinkevics’ column about the obstacles facing fans, performers and venue in reopening for concerts: Over my dead body or let’s rock? And return to Local Spins next week for the next installation in this series.