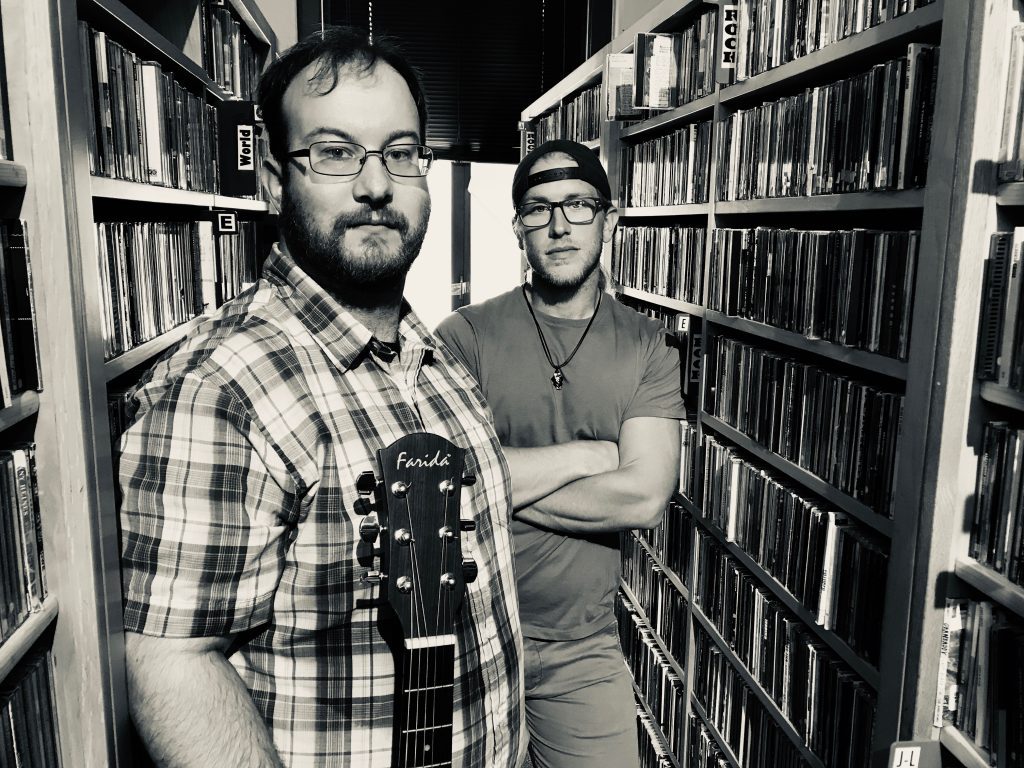 With a recent Upper Peninsula tour that became a band-bonding experience and continued development of the group’s sound and songwriting, Deerfield Run is “gearing up” and fired up about its upcoming new studio album.

The roots influence is definitely still there,” frontman, guitarist and singer Alex Austin said of the alt-country-hued band. 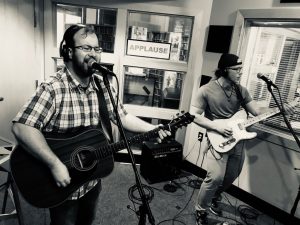 “There are a lot more songs on this upcoming project with more keyboards and we’ve got a lot more backing vocals as well. We’ve got a fuller sound overall.”

Recorded at Centennial Sound in Grand Rapids with Crane Wives bassist Ben Zito as producer, the full-length album will likely get released by winter and represents the follow-up to Deerfield Run’s 2017 self-titled debut album.

Austin and Dore previewed two tracks – “Reckless” and “Gypsy Sun” – from that upcoming record for this week’s edition of Local Spins on WYCE. Watch the video of their performance of “Reckless” here, and listen to the interview and full radio show podcast below.

The band plays the Reed City Crossroads Celebration (along with Roosevelt Diggs) on Saturday night (Aug. 17) and plays the opening night of the Willowsong Music Festival in Sidney on Aug. 23. (Read more about that festival next week at Local Spins.)

This week’s edition of Local Spins on WYCE – which showcases local and regional music at 11 a.m. Friday on WYCE (88.1 FM) – also boasted the on-air debut of tracks by Billy Strings (who headlines Sunday night at Hoxeyville Music Festival in Wellston), Boy From School (which hosts an album-release show at The Pyramid Scheme on Saturday night), Kathleen & The Bridge Street Band, Porter Kenyon, Hael and The Crane Wives, as well as songs from Beth Bombara, Organissimo and Roosevelt Diggs.