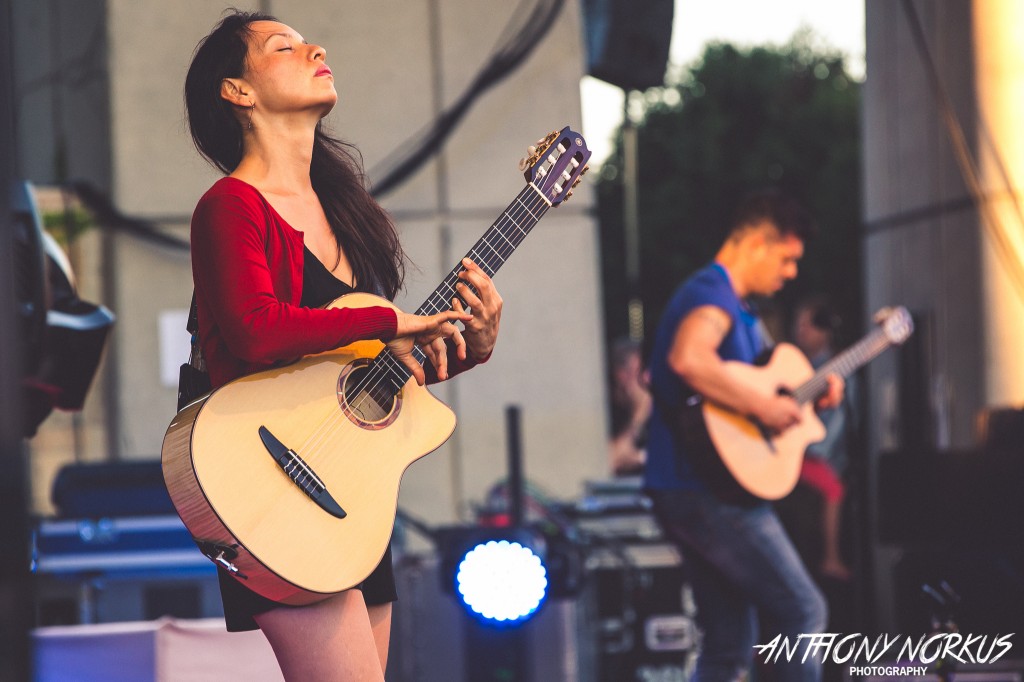 Returning to Meijer Gardens: Rodrigo Y Gabriela delivered one of the best concerts of 2014. (Photo/Anthony Norkus)

The first three bookings for this year’s Fifth Third Bank Summer Concerts series were part of this week’s teaser announcement for the upcoming season, with the complete lineup expected to be revealed in mid-April. 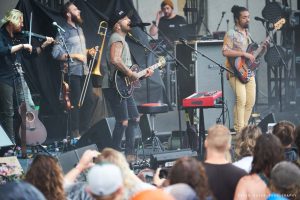 Back to Grand Rapids: Nahko and Medicine for the People played a rainy show at Meijer Gardens last year. (Photo/Kevin Huver)

The artists in today’s announcement include a couple of acts that have enthralled festival crowds for years: uplifting alternative world music collective Nahko & Medicine for the People (who played Meijer Gardens last summer and have also performed at Founders Fest and Blissfest) and cutting-edge classical guitar duo Rodrigo y Gabriela (who mesmerized a Meijer Gardens crowd in 2014).

They’ll grace the early part of the summer series, with Nahko performing in the 1,900-capacity amphitheater on June 6, followed by Rodrigo y Gabriela on June 9.

Rounding out the trio of bookings announced this week is the renowned pop-oriented French flamenco/salsa/rumba group The Gipsy Kings, who will bring several decades’ worth of attention-getting music to Meijer Gardens for the first time on July 21.

The 2019 season will also display the completion of a second year of amphitheater improvements, with a new LEED-certified concessions building aimed at providing faster food and beverage service, new restrooms for guests waiting in line to enter the venue, an expanded plaza area within the gates and more.

“Concessions building is all on schedule for a late May completion date,” said John VanderHaagen, director communications for Meijer Gardens. (Check out the drone video below.)

Discounted tickets to Meijer Gardens members for the 2019 concert series go on sale April 27 through May 10. Tickets will go on sale to the general public on May 11. More information online here. Get information about becoming a member at meijergardens.org.