Shows at Seven Steps Up, and several at The Pyramid Scheme, will require vaxxed proof as show and festival cancellations once again resurface this summer. 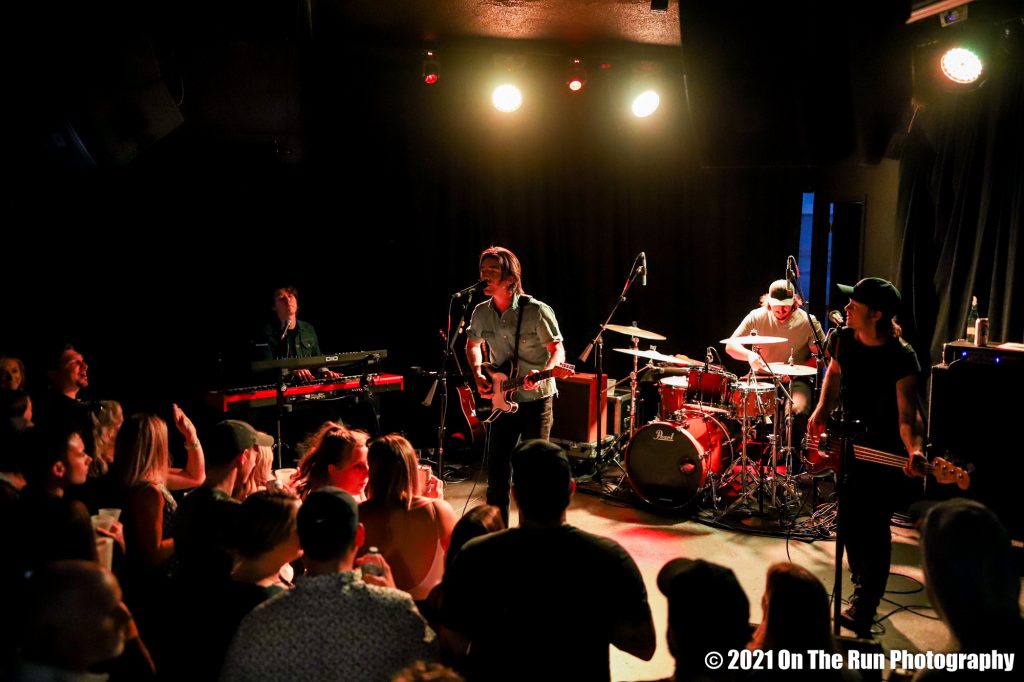 Vaccination Requirements Starting to Crop Up: Bands such as Michigan Rattlers have played to crowds without those mandates up until now. (Photo/Eric Stoike)

The music scene’s battle with COVID-19 has entered a new phase.

The cautionary signs and developments came quickly and in various forms this past week, even as a torrent of live music and festivals flooded the state in one of the busiest stretches of the summer.

The same week that concert promoter giant AEG Concerts announced it will require proof of vaccinations at its venues and festivals – after promoter Live Nation allowed touring artists to request that at their shows – some West Michigan venues started following suit.

After polling its patrons, Spring Lake’s Seven Steps Up listening room announced that starting with the venue’s first indoor show on Aug. 21 (Jeffrey Gaines), it will require concertgoers to show proof of their vaccination “to gain entry to the venue.”

“We understand that some of you feel that you have the right to control whether you get the vaccine and we agree. But after 18 months of a shutdown and a still uncertain future, we are following the science, the responses of our customers, the touring artists and their management teams,” he said.

“We recommend, but do not require ,that you wear a mask when not drinking. You absolutely have the right not to get vaccinated. But, if you would like to join us in an indoor concert at Seven Steps Up, for the foreseeable future, you must show proof of vaccination and your valid driver’s license. We will retain these rules until no longer needed.”

‘EVERYTHING IS CHANGING RAPIDLY’

In Grand Rapids, The Pyramid Scheme’s first vaccinated-only shows will take place Aug. 20 for Lokella, Drink Their Blood, Fedaykin and Miss Pussykatt and on Aug. 27 when Mustard Plug, Jay Navarro & The Traitors, Dance Contraption and Mushmen will perform.

Co-owner Tami VandenBerg said three other upcoming shows – Get Sad and two Menzingers concerts – also will require that attendees be vaccinated or have negative COVID tests.

“Everything is changing rapidly,” she told Local Spins. “We are watching the COVID numbers very closely, and may do a venue-wide vaccination requirement in the future.” 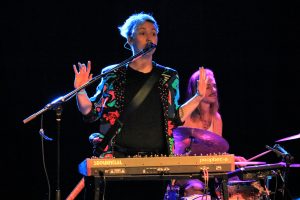 With the delta variant pushing up COVID numbers across the country, the list of Michigan concert and festival cancellations also is once again starting to grow:

• Singer-songwriter Marc Cohn pulled the plug on remaining Midwest tour dates, including an Aug. 21 show at Grand Rapids’ St. Cecilia Music Center, just days after the venue had announced that Cohn would require concertgoers to be masked at all times during his show.

• The storied Wheatland Music Festival canceled its September festival for the second year in a row, citing ‘community spread’ of COVID that would make it impossible to stage the event safely.

• Monday’s concert starring Shakey Graves at Frederik Meijer Gardens & Sculpture Park has been canceled after the artist scrapped all of his August tour dates “due to COVID-19 concerns.” On his Facebook page he cited the rise in cases due to the delta variant. This comes after singer-songwriter Mat Kearney rescheduled his Meijer Gardens show from Friday to Sept. 8 after announcing that he had tested positive for COVID-19, even though he was vaccinated.

• At Grand Rapids’ SpeakEZ Lounge, which hasn’t hosted Local Spins Wednesdays concerts since March 2020, it remains uncertain when live shows might return. Calin Skidmore said with COVID’s resurgence, the venue doesn’t want to commit to booking shows that might get canceled or impose requirements on patrons that “put our staff in a very uncomfortable position to be the vaccine police.”

A recent question posed to Local Spins readers sparked responses from some concertgoers who expressed their full support for venues and festivals mandating masks or proof of vaccination for attendees.

“I would feel better as summer winds down that there would be masks for all indoor concerts and a space between groups in seating reservations,” wrote Randi Wilhelmsen. “A logistical nightmare for sure, but that makes sense to me.”