For the first time ever, Grand Rapids is hosting classical music combos in venues normally reserved for rock bands and folk singers. And it’s packing the house. 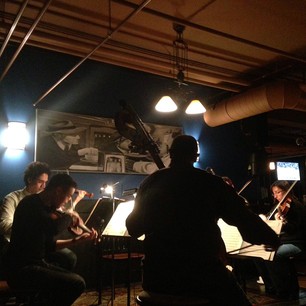 Stop me if you’ve heard this one: A violin, a cello and a clarinet walk into a bar in Grand Rapids.

That was no joke earlier this year at the SpeakEZ Lounge, which hosted the Grand Rapids debut of Classical Revolution, a movement that aims to release classical music from the traditional concert hall and bring it into taverns and nightclubs.

Rick Robinson, a former bassist for the Detroit Symphony Orchestra, fostered a small group of Grand Rapids classical musicians for an evening of chamber music at the 1930s-style pub at 600 Monroe Ave. NW. Robinson, in town to sit in with the Grand Rapids Symphony, brought Classical Revolution to Detroit and is working to expand its reach.

Dressed-down Classical Revolution chamber concerts began in San Francisco several years ago, and the trend has migrated to locales such as New York City, Pittsburgh, Chicago, Boise and Cleveland. Today there are at least 35 chapters, Robinson said.

Leanne King MacDonald, a violist in her sixth season for the Grand Rapids Symphony, said she first encountered Classical Revolution in the Cincinnati area, which launched its chapter in 2008.

“I just thought it was incredible, just — wow,” MacDonald said. “Someone found a venue, gathered musicians who had a program ready to play and we just showed up in a bar, and people were really, really excited about it. It is like a chamber music party. We show up, bring our instruments and we all take turns playing parts.” 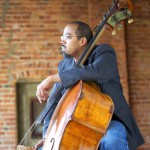 At the Speak EZ debut, Robinson gave one audience member honorary musician status by giving him a cowbell to play along with the group. Out came the smartphones, and videos and pictures were quickly posted on Facebook, MacDonald said.

“The house was absolutely packed, and bubbling with excitement. Honestly, I couldn’t be happier,” Frances said. Although no dates have been set, “we are definitely going to have them back,” she added.

The Classical Revolution might never have occurred at places such as the Speak EZ but for Michigan’s 2010 law that bans smoking in bars, restaurants and cafes, Robinson added.

“I knew as long as there was smoking in bars, we’d never get classical musicians to play in clubs,” Robinson said. “Fortunately, smoking bans started to hit, state by state. Classical musicians, particularly wind players, have to suck a lot of wind, and while jazz players are used to it, classical players clearly are not. That’s just too much of a hurdle.”

Robinson stepped away from the DSO after 23 years, following the musicians’ strike in 2010 and the death of his father. He now works to spread the Classical Revolution movement, and plays with his two ensembles, CutTime Players and CutTime Simfonica. He also publishes arrangements and original compositions. (Find out more online at www.cuttime.com.) 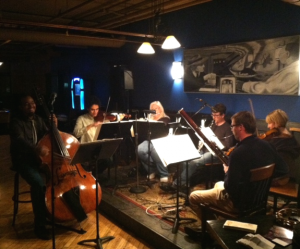 MacDonald is a member of the GRSO Community Engagement Committee. She notes that Classical Revolution, while complementing the Grand Rapids Symphony’s mission, is a separate and entirely voluntary activity.

“People are asking, and they want more,” MacDonald said. “I love this community and I love to see classical music in venues other than St. Cecilia (Music Society) or DeVos Hall, so it’s actually where we hang out, where we eat, we drink and socialize. It’s a place where you’re not going to be shushed.

“The Classical Revolution was started by young musicians that like to, after a concert or even after day of practicing at the university, go out to the bar and hang out. We see people up on stage, rock musicians, and it’s like, ‘Why can’t we do that?’ This is the music we like to play and we like to listen to, and these are the places we like to go to. How can we bring this all together?”