The band led by Albion’s Michael and Tanya Trotter joins renowned artists such as Tedeschi Trucks Band and I’m With Her who are nominated for awards being presented in September. 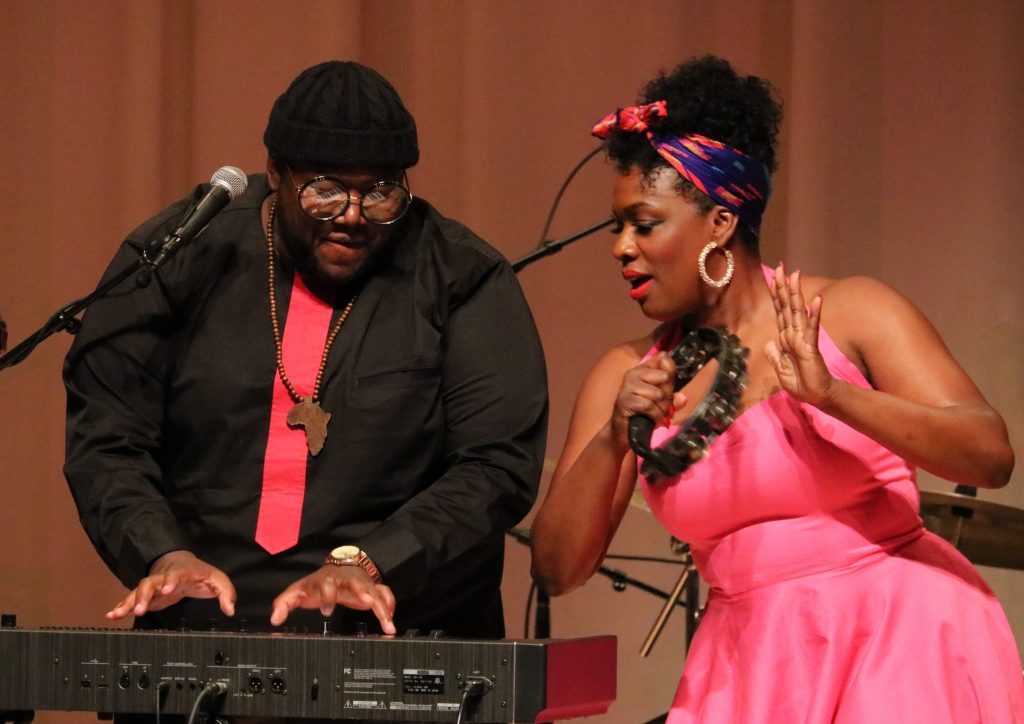 As Michael and Tanya Trotter of The War and Treaty put it, the honor is “absolutely incredible” and completely humbling.

The Albion-based, soulful Americana band has earned two 2019 nominations in the prestigious Americana Music Awards, for emerging act of the year and duo/group of the year, with the awards being announced on Sept. 11 in Nashville as part of AmericanaFest.

“We are living out a dream and at a loss for words,” the couple declared on their Facebook page, noting they were asked at the 11th hour to fill in for producer/guitarist Buddy Miller at AmericanaFest a couple years ago because he was ill. That gave them the opportunity to perform with Miller’s band and showcase their music. 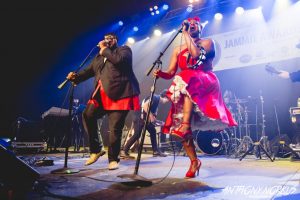 Inspiring Performers: The War & Treaty at the Jammie Awards in February. (Photo/Anthony Norkus)

The War and Treaty joins some renowned performers as nominees for duo/group of the year: The Tedeschi Trucks Band, I’m With Her and Our Native Daughters.

See who else is nominated in other categories – including acclaimed artists such as John Prine, Mavis Staples and Brandi Carlile – online here.

“I can’t tell you how excited we are to be nominated with so many amazing artists,” Michael Trotter told Local Spins. He said the Trotters know and are friends with several of the other nominated bands, including I’m With Her and Our Native Daughters.

“t’s so cool. Plus to see our friend Brandi and our Queen Mavis and King John Prine on ballots (in other categories) is always a true blessing.”

In a statement posted by band members on Facebook, they called it “absolutely incredible. Thank you to AmericanaFest, Americana music lovers and all of you who nominated us. What an honor.”

The Michigan band has credited its Great Lakes State fans for supporting its music and helping propel its meteoric rise to fame. In February alone, The War and Treaty played two inspiring, crowd-uplifting concerts at the WYCE Jammie Awards at The Intersection and as part of the Acoustic Café Folk Series at St. Cecilia Music Center.

The band — which also includes guitarist Sam Wilson, bassist/music director Max Brown and drummer Nolan Levels II — kicks off a California tour next week, followed by concerts in Tennessee and Virginia, before returning to Michigan to play Founders Fest in Grand Rapids on June 22.

VIDEO: The War and Treaty, “Love Like There’s No Tomorrow”