The Gobles artist who’s a finalist in two songwriting competitions was this week’s guest for Local Spins on WYCE, which also debuted music by Madelyn Grant, Brett Mitchell, Ghosts of Sunset and more. 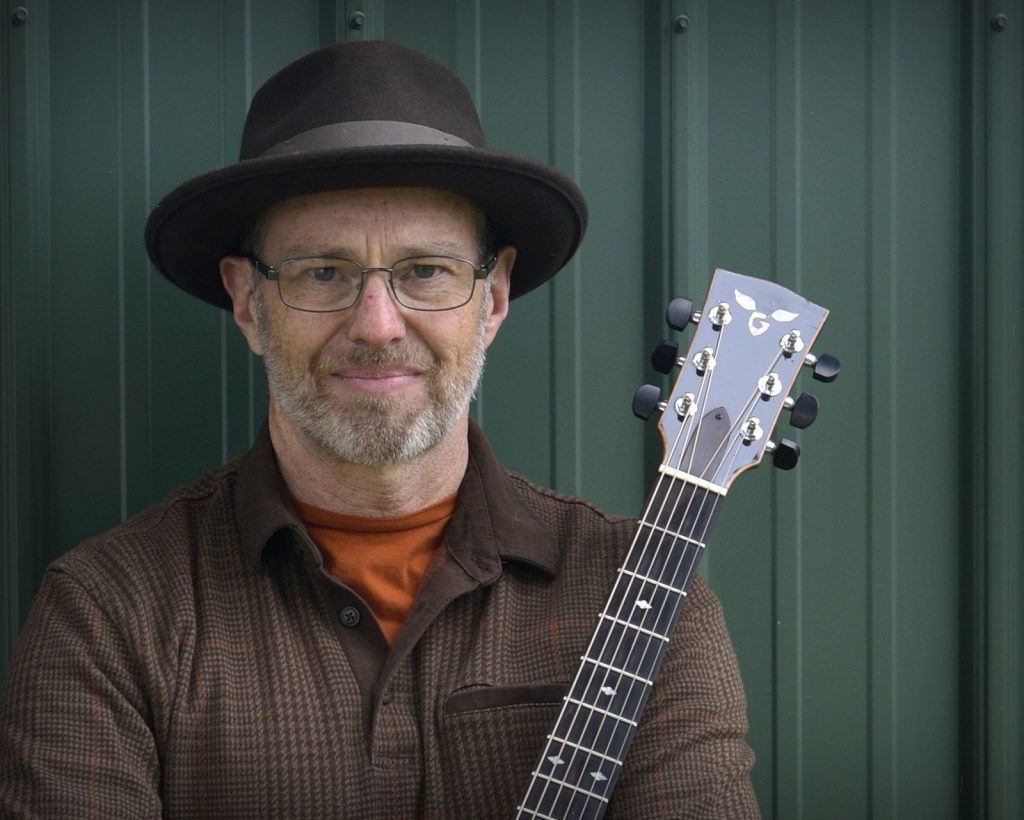 One might guess that as a two-time finalist in the Kerrville Folk Festival’s nationally renowned Grassy Hill New Folk Songwriting Competition, Andy Baker has a fertile repository of life experiences to shape his music.

The Gobles-based singer-songwriter and his wife are veterinarians who’ve raised three children and recently completed their 15th Ironman Triathlon in Hawaii (after Baker learned how to swim at age 40).

He started journaling as a young man after his sister died of a brain tumor at age 15, then turned to music in his mid-20s – inspired by the ever “so powerful, so poetic” songs of the Indigo Girls, U2 and Counting Crows. 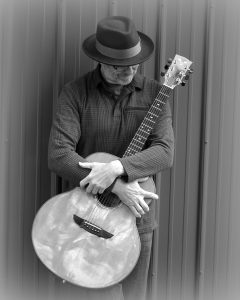 Falling for ‘the Power of Poetry’: Andy Baker (Courtesy Photo)

“Something in me just fell for the power in the poetry of these writers,” said Baker, 55, who’s also a finalist in this year’s The Acorn theater singer-songwriter competition in Three Oaks.

“Somewhere along the line, I thought to myself, maybe I could do this as well. So my journaling turned into poetry and then to songwriting as I learned to play guitar. And then music became my therapy.”

Baker — who early this month released his fourth studio album, “North Country Sky,” recorded at Kalamazoo’s La Luna Recording & Sound — conceded that he does most of his writing “in very quiet places” as a “meditative thing.”

Indeed, his running and bicycling have planted the seeds for many songs.

“I have found that I do some of my best writing on long-distance runs or bikes,” he said. “There seems to be something about putting your body in motion – quieting some of the static in your brain – that makes room for creativity to enter.”

Baker displayed some of that creativity as this week’s guest for the Local Spins on WYCE radio show, which not only featured the lead track from his new album, “Second Wind,” but also a brand new, unreleased song inspired by the COVID-19 pandemic, “The Table.” Listen to both songs in the full radio show podcast below and check out a video for the track, “I Know,” here.

Baker credits Grand Rapids musician and producer Michael Crittenden, who recorded Baker’s 2017 breakout album, “One Fine Day,” at Mackinaw Harvest Studios, and Ian Gorman of La Luna Recording for honing his chops and getting the most out of his music. He said Crittenden, in particular, “took me under his wing” and brought him “from A to F or G” in his musical development. 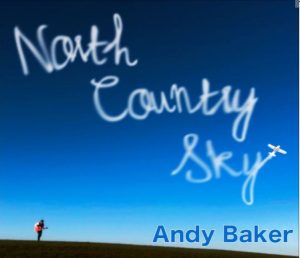 Songs from both albums helped Baker land spots as a finalist in the Texas-based, Kerrville songwriting competition – first in 2017 and again in 2020. This year, Baker was among 24 songwriters chosen as finalists from more than 700 entries in the prestigious contest.

The latest album, said Baker, has “an eclectic feel” with elements of bluegrass, country, blues and acoustic folk music. It also brought together a robust slate of Michigan musicians to enhance the recording.

While the coronavirus pandemic disappointingly “changed everything” in terms of promoting and touring behind the new album, Baker decided to release the project this summer anyway.

And, despite the COVID upheaval, songs from the album have attracted attention. He landed a spot in New York’s Falcon Ridge Emerging Songwriters Showcase (which will now be a virtual event) as well as snagging one of six finalist spots in the Acorn songwriting competition which concludes with a live performance in Three Oaks on Aug. 13. Get details about that online here. The finals concert is sold out, but the performances will be shown online.

Baker also has been heavily involved in two songwriting groups – The Tunesmiths, a national group which formed after the 2017 Kerrville competition, and the Michigan-based Tunesmiths, which he started in 2019 and includes such well-known regional artists as Nicholas James Thomasma, J. Oscar Bittinger, Annie Capps, Kyle Rasche and others. 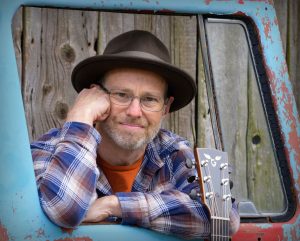 It’s all part of his continued quest to write songs that move his heart.

“I’ve been lucky and blessed to do some pretty cool things in my life,” Baker acknowledged. “I’m a pretty scientific guy, but this musical stuff, it’s mystical. It keeps me believing in the things that I can’t explain.”

Learn more about Baker and listen to his music online at andybakermusic.com.

The Aug. 7 edition of Local Spins on WYCE – which showcases Michigan music at 11 a.m. Friday on WYCE 88.1 FM and online at wyce.org – also featured the on-air debut of new tracks by Bryan Klinesteker, Josh Garvelink, Madelyn Grant, Brett Mitchell, Myron Elkins and Ghosts of Sunset, as well as music from Danielle Cosby, Odd Space and Kyle Rasche’s Chain of Lakes (this week’s musician’s pick by Baker). Listen to the entire radio show below.

Also, next week’s show will be part of WYCE’s 36-hour fundraising marathon spotlighting Michigan artists and dubbed, “A World of Michigan Music.” Tune in and donate to the cause at wyce.org.