For the second year, the pop-up venue in Texas will showcase a bevy of Michigan bands. Five of them — including The Accidentals, Flint Eastwood and Heaters — will earn the chance to win a $5,000 prize. 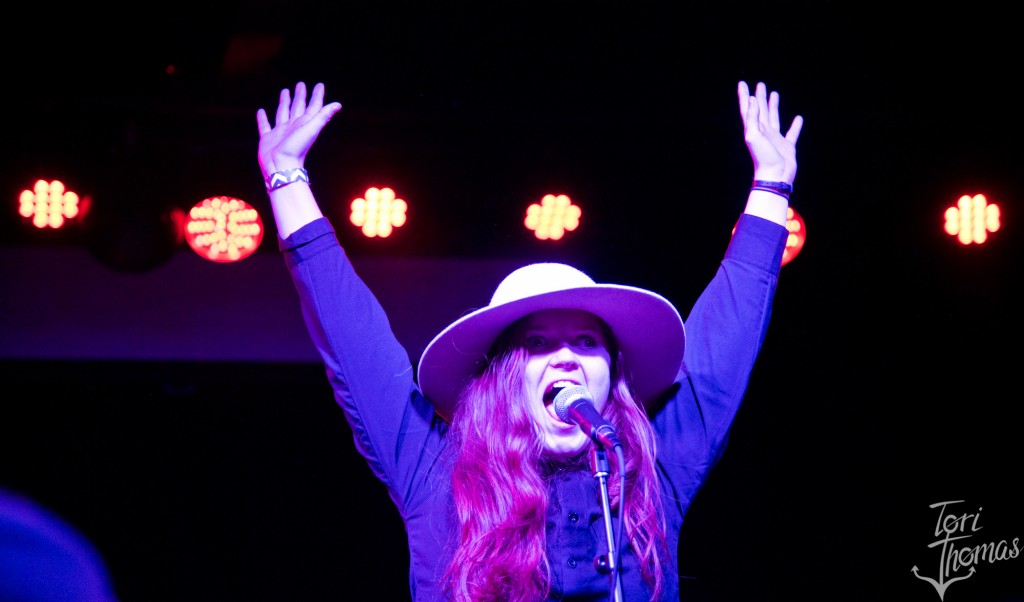 RETURN TO LOCAL SPINS THROUGHOUT MARCH FOR SXSW COVERAGE

Michigan’s little slice of South by Southwest is back for 2016 and growing in stature.

Five bands in particular will get a chance to really shine.

With dozens of acts from Traverse City, Detroit and Grand Rapids playing official and unofficial showcases in Austin, Texas, during the mammoth music conference later this month, Michigan House will once again serve as home base for many of them – and for Michiganders attending SXSW – by setting up a pop-up venue for the second year in a row. 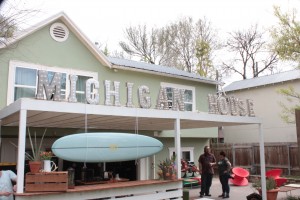 SXSW 2015: Michigan House will set up in a new location this year in Austin. (Photo/Anna Sink)

The unique setting in an Austin home hosted by Creative Many Michigan and Middle West will not only help promote Michigan products – from Founders Brewing to Steelcase to L. Mawby Vineyards – but present daily “house bands” who will record a song at the venue that will be entered into Grand Rapids’ international ArtPrize competition, with videos released the same day the song is recorded.

Traverse City’s The Accidentals, Grand Rapids’ Heaters, Detroit’s ONEFREQ and Flint Eastwood, and In Tall Buildings (a University of Michigan alumnus based in Chicago) will be the featured artists as part of the house bands series the week of March 14-17.

One of these five bands will win $5,000 and the opportunity to headline the opening day ceremonies for ArtPrize 2016 at Rosa Parks Circle in downtown Grand Rapids. The winning band will be selected by a panel of music experts and announced this summer during an episode of “Critical Discourse,” a new web series being launched by ArtPrize.

The Michigan House performances are just a small part of the live music being showcased by the pop-up venue in Austin during the third week of March, when hundreds of bands from across the globe will descend on the city in an effort to impress industry representatives and music devotees.

With sponsorship from Grand Haven’s Walk the Beat, Local Spins will provide complete coverage of Michigan bands at SXSW 2016, with regular updates, photos and videos. 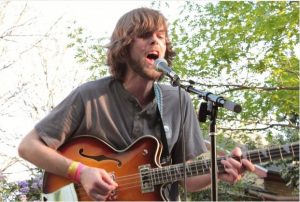 In addition, Local Spins will host a special roundtable panel discussion at Michigan House on March 17 titled, “Lessons Learned From Austin: Making Connections and Building Michigan’s Music Scene,” with participation from Michigan- and Austin-based musicians. The event will be captured on video and streamed live on Periscope.

Ted Velie of Middle West, who’s coordinating the Michigan House venture, said with “all that creativity under one roof” the venue holds lots of promise for promoting what Michigan has to offer.

In 2015, Michigan House served up numerous house concerts, recording sessions and more during SXSW. Michigan House also set up shop last year during ArtPrize 2015 in Grand Rapids and in January during the North American International Auto Show in Detroit.

Get more information online at michiganhouse.org and keep returning to Local Spins for regular SXSW updates.