‘SXSW Week’ boasts a series of online events, pop-up performances, a Michigander live-stream and an outdoor wrap-up concert on Friday at Studio Park with Brother Elsey, which releases a new single that day. 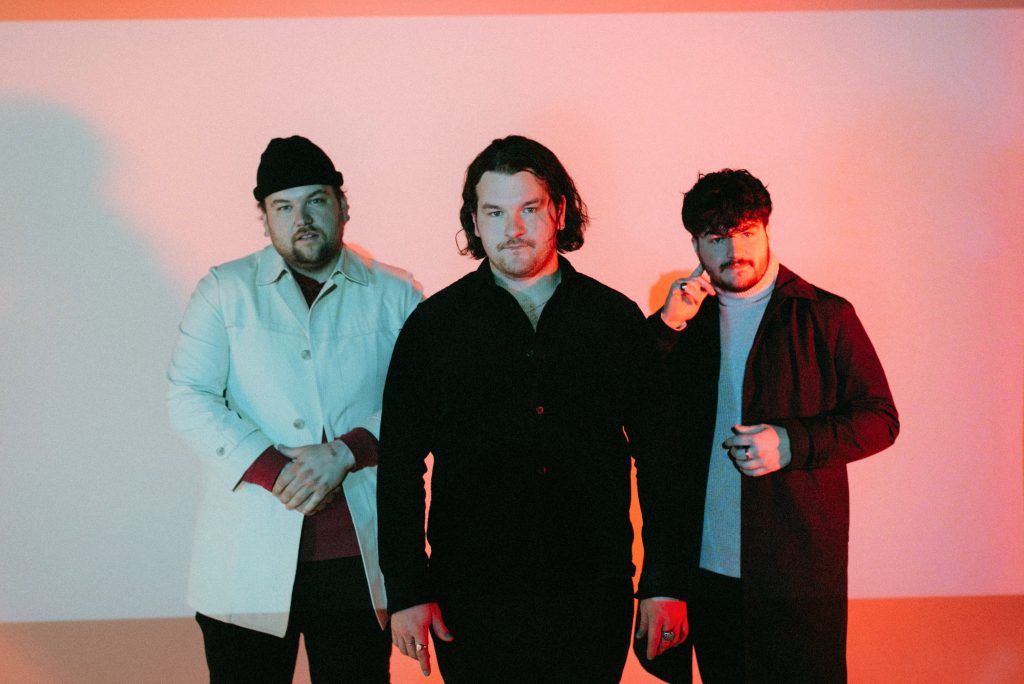 Excited About Returning to the Stage: Brother Elsey has a big Friday planned. (Courtesy Photo)

Last year’s early cancellation of the massive South by Southwest conference in Austin, Texas, signaled the beginning of a devastating 2020 for festivals and live music across the country and the globe.

Like falling dominoes, tours, concert halls and events of all kinds followed suit – all victims of the coronavirus pandemic.

But just as the 2021 edition of SXSW has gone virtual to showcase industry experts and stars, Michigan House will celebrate Michigan music and creativity this week with a host of online sessions and performances across the state, as well as an outdoor concert on Friday at Studio Park in downtown Grand Rapids starring the band Brother Elsey.

“This year is all about reconnecting and re-inspiring,” said Ted Velie, co-founder of Michigan House, a nonprofit group which set up in Austin five years in a row to promote the state’s creative community and related businesses, but was forced to cancel its 2020 SXSW plans due to COVID. 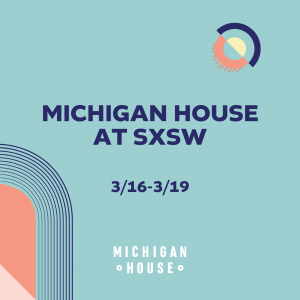 “We’ve all been pretty siloed this past year and we’re hoping this is a small step back towards community. As part of that, we’re participating in SXSW Online via a few official events and conversations, as well hosting a number of unofficial events using a host of platforms.

“We’re just trying to meet people where they are and have a little fun along the way.”

Officially, SXSW’s interactive, film and music conference and festival takes place Tuesday through Saturday this week. Michigan House’s activities are slated for Tuesday through what it has dubbed “Michigan Music Friday presented by Select Sessions.”

Friday’s music lineup will include a live virtual concert by pop artist Michigander (who’s releasing a new EP, “Everything Will Be OK Eventually,” at El Club in Detroit along with a live-stream that day), musician interviews on social media, and socially distanced live street performances in “surprise locations” across the state.

Friday’s Michigan House event in the courtyard at Studio Park begins at 4 p.m., with the Americana and Southern rock of Brother Elsey unfolding on stage about 5 p.m. or 5:30 p.m.

“It’s an open admission event, but obviously we’ll have capacity limitations so we can keep everything properly distanced,” Velie said.

Brady Stablein of Brother Elsey – a Grand Rapids band of brothers – said it’s the group’s “first proper show” since mid-February of 2020. “I don’t think we have the adequate words to express how excited we are,” he said.

That same day, Brother Elsey will release a much-anticipated new single, “Dreamer,” which will also make its on-air debut during Friday’s Local Spins on WYCE radio show at 11 a.m. (88.1 FM and online at wyce.org).

The track recorded with Aaron Goldstein at his Toronto studio reflects “the changing and uncertain nature” of playing more than 150 shows on the road in a year, Stablein said. 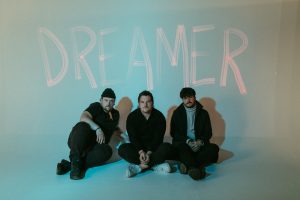 “It centers around dealing with bouts of depression and anxiety while chasing down a dream, and the challenges that follow regarding love and peace of mind,” he said. “I think in any pursuit for artistic fulfillment lies a true sense of chaos that is non-negotiable. And it’s how to deal with that chaos that I’ve found to be the hardest to figure out.”

At Friday’s show, Brother Elsey also plans to have some garments available for sale as part of the band’s collaboration with local clothing company, The Oddest.

“(Owner) Edgar Hernandez has branded a new line of merchandise with us directly related to this song,” said Stablein, adding that pre-orders begin Friday.

The Michigan House “SXSW Week” festivities officially kick off at 9 a.m. Tuesday with “Madcap Mornings” featuring Ber-Henda Williams via Instagram and continue with a variety of online conversations and sessions throughout the week. Check out a full schedule with links online at michiganhouse.org.

Velie said performers participating in this week’s activities are mostly artists that Michigan House has worked with in the past.

“We’ve reached out to a lot of friends and collaborators just to see how they’re doing and what’s happening next,” he said. “This has taken a number of different forms from some pop-up street music to a digital music ‘Zine’ to a full on live performance at Studio Park.”

Check out past coverage of Michigan House and SXSW at Local Spins.