With Greta Van Fleet’s controversial full-length debut soaring straight to No. 3 on the Billboard 200, Local Spins reviews — and defends — the release, plus checks out three other new regional recordings. 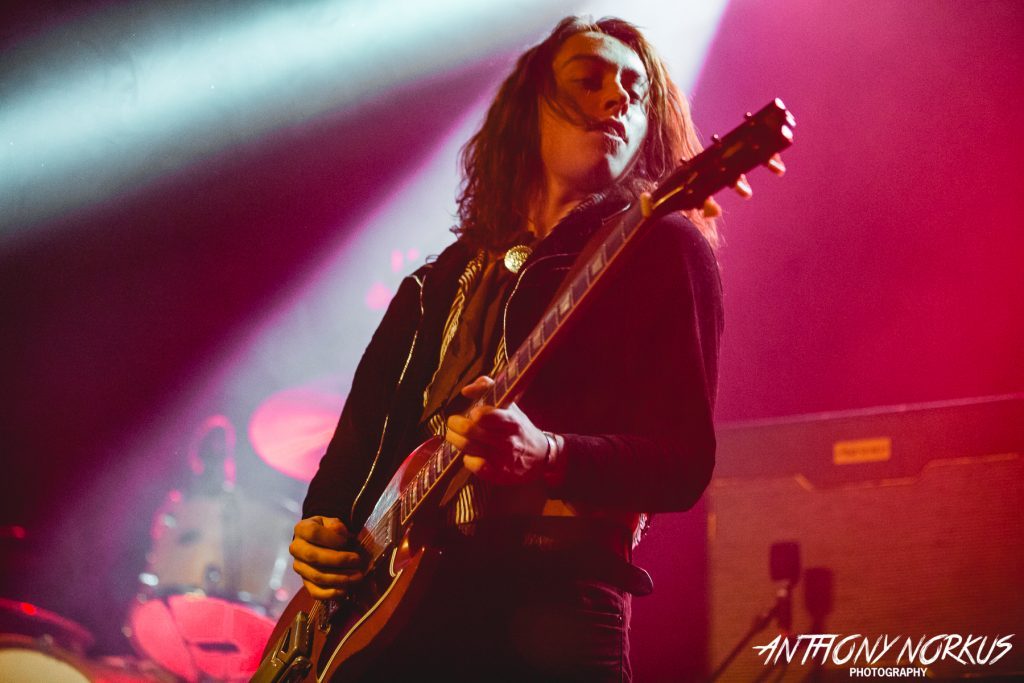 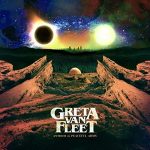 Suffice to say, this rock album already has drawn a deep line in the musical sand, separating those who are in Greta Van Fleet’s camp from the naysayers who most definitely are not. Take the overly scathing Pitchfork take on “Anthem of the Peaceful Army,” which reduced the high-flying boys from Frankenmuth to little more than a Spinal Tap gag and “more of an algorithmic fever dream than an actual rock band.” This snobbish dismissal of the phenomenon of Greta Van Fleet as merely a copycat of Led Zeppelin comes off as a bit unfair to both bands and, frankly, reminds me of the outright disdain shown the Led Zep guys by critics when they first muscled onto the scene. It also does little to explain the remarkable story of this buzz-generating sensation, a Michigan band zealously endorsed by wide-eyed teens as well as veteran icons like Elton John while selling out venues across the globe. And get this: “Anthem of the Peaceful Army” shot straight to No. 3 this week on the Billboard 200 chart, an extraordinary debut. So while it’s certainly true that the young band’s hard-rock forays have oozed that head-turning, gee-that-could-be-Robert-Plant quality, digging deeper into the meteoric anomaly of the Kiszka brothers and drummer Danny Wagner reveals an aptitude for crafting intricate arrangements, soulful deliveries and rhythmically complex songs that owe as much to artists such as Rush and Albert King as they do to Led Zep. Take the 6-minute-plus opening track to the band’s full-length debut album on Republic Records. “Age of Man” rolls out as a proggy, lush arena-rock affair with admittedly overly melodramatic lyrics about “an age of darkness” and knowing “when the end is near.” But the band immediately follows this with the grittier “The Cold Wind,” as gifted guitarist Jake Kiszka deftly blends Southern rock-fueled riffs with Jimmy Page-like sentiments. It’s a one-two punch repeated throughout this 11-track collection that certainly tantalizes those ready to embrace what’s often been described as the “future of rock” (even as it leans heavily on a ’70s groove). Granted, there’s still a significant maturation process taking place lyrically with a band whose oldest members are just 22 years old, so who knows what might happen when they really hit their stride. Until then, consider this an anthem for the true believers. – John Sinkevics
Website: http://www.gretavanfleet.com/home
Upcoming Shows: Oct. 30-Nov. 15 – Germany, Sweden, Denmark and United Kingdom (all shows sold out); Nov. 27-Dec. 15 – New York and Chicago (all shows sold out); Dec. 27-30 at Fox Theatre in Detroit (all shows sold out)
Listen/Watch: Lover, Leaver (Taker, Believer) – Live 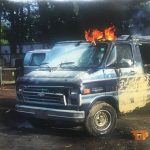 Blue collar. Midwestern. Rusty. Every one of those adjectives describes not just Jake Simmons’ job working in his family’s South Haven scrapyard, but the sounds and feels of the songs that comprise his forthcoming release, “Shake So Easy.” Due out Friday (Nov. 2) on Spider House Records, Simmons’ third full-length LP recorded with his band The Little Ghosts hits on all cylinders, featuring back-and-forth guitar work by Simmons and longtime bandmate Matt Blasco, along with the rhythmic backbone of bassist Ben Bojanich and now former drummer Ian Cooper. Simmons, who penned all the lyrics on the album, writes aggressively and in straightforward manner throughout with lines such as, “It doesn’t matter where it goes, you light a fire, then let go” in “Blue Rose,” and “You believe in nothing and no one, and therefore there’s no disappointment” in “No One is Listening.” As described for Local Spins, he touches on “the role religion plays in society” in “Lost the Light” and “that it’s OK to choose to not be a part of it … or rather, admit that it’s just not something you believe in.” And in one of the album’s finer and more introspective songs, “Movies,” he stares anxiety and hopelessness in the face. A lyrically driven rock ‘n’ roll album recorded in Simmons’ home studio in Kalamazoo, one can hear influences ranging from The Clash to Hold Steady and even David Lowery as the band borders on the outskirts of alt-country. It’s Simmons’ words you’ll be left with, though, and the album-opening “Don’t Let it Be” is one of the most poignant. “The future’s unwritten,” he sings, “ain’t that what the future’s all about.” If you’re a fan of straightforward rock with a touch of country, you might want to make this album part of your own unwritten future. – Ryan Boldrey
Website: http://www.jakesimmons.us
Upcoming Show: 9 p.m. Friday (Nov. 2) record-release show with special guests, The Mushmen and Sexy Toxins at Bell’s Brewery Eccentric Cafe, Kalamazoo
Listen/Watch: “Movies” 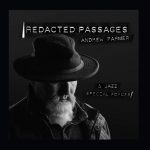 Confident and quirky, Andrew Farmer (with the help of his “Jazz Special Forces,” Jim Alfredson, Jake Greenwood, Bob Fowler, Jon Gewirts, ShawnBell, Hank Horton, Andre Jones, Cindy McElroy and Ryan Wert) concocts an underworld of peculiarities and possibilities with his album “Redacted Passages.” The unsuspecting listener is whisked away on a perilous globe-trotting escapade, both sleuthful and slinky. The album opener, “All The Crazies,” sets the tone with mysterious piano riffs and bongos wrapped in a swirl of mystery. Farmer spins a story with his theatrical and animated crooning, backed by a palette of colorful instrumentals and backup singers. “Said Goodbye To Summer” carries the theme further with a walking piano bass line, funky rhythm guitar and suspenseful melodies about leaving a life of crime. Other notable tracks include “Tailored to Undress,” a foray into balladry, and “House Of Ghosts,” which introduces booming (rip-roaring) pipe organ and expansive world percussion. Shrouded in a combination of mystery and curiosity, the title track draws out a meandering exposition before delving into an elaborate instrumental of horns, sparse percussion and strings, all dancing between musical shadows and splashes of light. With his spy-tinted, adventurous, mysterious album, Farmer unfurls a thematic experience in a sure-footed fashion. “Redacted Passages” executes with precise and deadly accuracy. – Ricky Olmos
Website: https://andrewfarm.org/home
Listen: “Redacted Passages” 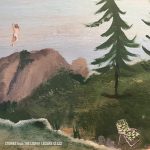 This may be the debut release from The Lower Leisure Class, but the six guys that make up this catchy, Kalamazoo “Dad-Rock” band are no strangers to the Southwest Michigan music scene. Featuring three former members of The Sleestacks, two from The Sinatras and one King Tammy alumnus, some of these guys have been rocking stages across The Mitten and beyond since the mid-’80s. From nostalgic teen-aged anthems such as “Billy Had a Car” to the drug-laden rocker, “Frody’s Pony,” the delicate “Come January” and what could be the next great Michigan anthem, “Michigan Melissa,” the band’s pop-punk sound is one all its own. At times driven by the keys of Karl Knack and at others by the bass of Ron Casebeer or the drums of John Kasdorf, Lower Leisure Class offers up a collection of songs that sound sneakily familiar and brand new all at the same time. Trying to put your finger on the familiar, at one moment you may find yourself thinking about summer days at the skate park listening to Pavement, while at others The Pixies, early Weezer, Green Day or The White Stripes may come to mind. With pace changes throughout and an unmistakable, identifiable restless sound, listeners aren’t likely to get bored. Between Chris Simon’s wide-ranging vocals and the guitar work of Nathan McLaughlin and Mark Peeters, I’m willing to wager you’ll find yourself spinning this record (being pressed by Third Man Pressing in Detroit) over and over again. Just do yourself a favor after picking up the LP and don’t forget about the download card and the three bonus tracks you’ll find there. The album, being released on the Leppotone label, will be available for download and on vinyl on Nov. 9. – Ryan Boldrey
Website: https://www.thelowerleisureclass.com
Upcoming Show: Nov. 9 record-release Show with Cabildo at Bell’s Brewery Eccentric Cafe, Kalamazoo
Listen/Watch: “7×7”