Local Spins music writer, movie critic and metalhead John Serba delves into the movie depicting the true and controversial story of the band Mayhem, billed as “the darkest, most evil band ever.” 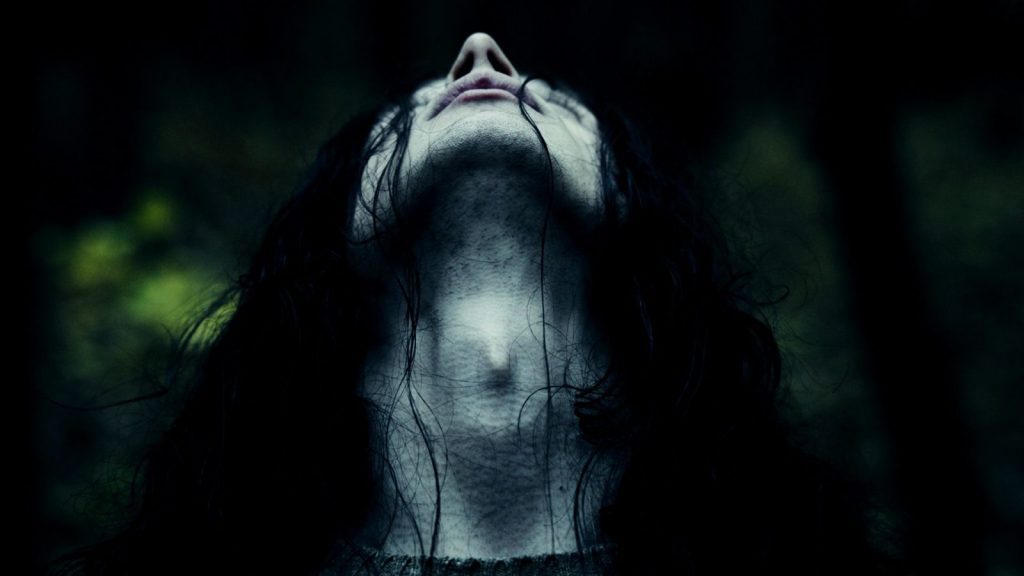 SCROLL DOWN FOR MOVIE TRAILER

Easier said than done, some might say — its makers tend to paint their faces to resemble decaying ghouls fresh from the mortuary, and play a form of antisocial music characterized by vocal screeching, nasty sheets of distorted guitar, ludicrous-speed tempos and harsh, purposely trashy production values. To the uninitiated, it can be outright comical.

For fans, it’s a musically adventurous movement. It explores the dark fringe of humanity, and the human capacity for evil. It sometimes exploits cultural and political taboos. It’s extreme in every component. To the initiated, it’s deadly serious.

“Lords of Chaos” roots around in the complex contradictions of Norway’s notorious black metal scene of the late 1980s and early ’90s, cracking its artifice and illustrating, harshly and graphically, what happens when a band dubbed Mayhem inspires actual lowercase-m mayhem.

Unsurprisingly, longtime fans of “True Norwegian Black Metal” are rejecting the film outright for being a “Hollywood” production that’s exploiting their subcultural niche. It stars the “Home Alone” kid’s brother and is more about the international headline-grabbing exploits — murder and church-burnings — of TNBM scenesters than the music, they’ll argue. 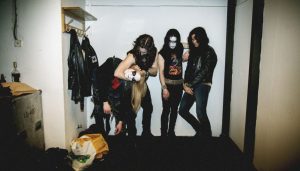 Speaking as someone who understands, appreciates and enjoys the extremity of black metal and the lurid escapism it provides, I craft the following retort: If the film was only about a group of death-obsessed teenagers making hellish noise in their parents’ basements, there’d be no movie at all. The fascinating contradiction here is, without the attention these young men received for sowing actual death and destruction, the music likely wouldn’t have become a worldwide underground phenomenon.

The “Lords of Chaos” story was chronicled in a true-crime book of the same name, published in 1998. Long in development, the movie adaptation eventually got off the ground thanks to Jonas Akerlund, who’s the perfect director for the project. He famously helmed music videos for the likes of Madonna, Metallica and the Prodigy, and his recreation of Mayhem’s live performances are among the most rousing moments in “Lords of Chaos.” He also innately understands the people, settings and sounds of the scene, being a drummer who played in an early incarnation of Bathory, a Swedish band frequently cited as a significant influence on Norway’s major players.

The TNBM movement began with Oystein Aarseth, known by the stage name Euronymous. He’s played by Rory Culkin with an empathetic streak that surely ruffles the feathers of fans for poking big, gaping holes in the cloaked, sword-wielding, pseudo-godfather Euronymous persona. The movie dramatizes how Oystein conceptualized Mayhem as the darkest, most evil band ever, around whom a small group of metalheads congregated, informally known as the Black Circle.

SUICIDE, A CHURCH-BURNING AND COLD CRUELTY

When he wasn’t writing necrotic songs and working the counter of his Oslo record store Helvete (Norwegian for “Hell”), Oystein shrewdly contrived a facade in an attempt to generate publicity — he spouted anti-Christian rhetoric and glorified death, not just in Mayhem’s music, but as a philosophy adopted by a cadre of impressionable teenagers. Notably, a cadre depicted in the movie as a fairly typical rabble of young adults partying very hard to the scrappy sounds of Venom, Sodom and, of course, Bathory.

Key to Oystein’s character development is the arrival of Pelle Ohlin (Jack Kilmer, Val Kilmer’s son), who relocated from Sweden to be Mayhem’s vocalist. He called himself, simply, Dead. He suffered from deep and chronic depression; he put a dead bird in a bag and inhaled the odor to get into the desired headspace before Mayhem shows; he slashed his arms and bled profusely on stage. What happened to Dead is mostly common knowledge, and therefore not a spoiler: He commits suicide in a terrifying, disturbing manner, which Akerlund depicts unflinchingly. 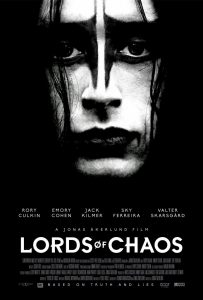 Oystein finds the body, and before he calls the authorities, grabs a camera and snaps pictures. (They really exist. Google it if you dare.) It’s the perfect opportunity to frame Mayhem as the world’s most infamous band, he reasons. One band member balks, and another shrugs. What kind of person would do such a thing? Culkin and Akerlund seek that answer, and reach a conclusion that feels insightful, realistic and truthful: Euronymous was human after all, a complicated one. Cue the fan revolt.

Dead’s death precipitates Oystein’s slide down the slippery ideological slope he built. He offhandedly says churches should be burned, and a Black Circle newcomer from Bergen, Varg Vikernes (Emory Cohen), takes it seriously. If you say it, you do it, Varg insists, so he grabs a can of gas and some matches and torches a 17th-century church — and gets away with it.

Oystein blinks, takes credit for inspiring the act, and signs Varg’s black metal project Burzum to his record label. The first Burzum album depicts the church in flames on the cover. A rift grows between them, as Oystein insists on calling Varg by his given name, Kristian, and seeks to capitalize on the notoriety Varg creates. But Varg walks the walk, adopting a doctrine of cold cruelty, committing repeated acts of arson, hanging swastikas in his room and naming himself Count Grishnackh (after, amusingly, a “Lord of the Rings” character).

(Notably, the real Varg Vikernes is a pot-stirring figure, a nationalist, racist anti-Semite with a somewhat significant internet presence. He hasn’t taken kindly to the Jewish Cohen being cast to play him, which may be the movie’s biggest joke, a middle finger in the face of its true-life villain.)

“This story doesn’t end well,” Oystein says at the beginning of the movie, in voiceover. Also not a spoiler: he narrates from the beyond, having been murdered by Varg in 1994. The tongue-in-cheek voiceover is one of the darkly comic elements of “Lords of Chaos” — likely another object of fans’ ire — which doesn’t shy away from depicting its legendary characters as dumb, young, occasionally pathetic people who committed arson, and a pair of grisly murders, while still living at home with their parents.

This is how Akerlund shows his commitment to portraying truth rather than propagating the fiction of his characters. Oystein was a man, the movie insists, who’s now dead. But Euronymous was a legend, and legends never die.