Local Spins’ authority on electronic music, DJ Todd Ernst, chimes in about this year’s lineup for Belknap Park’s Breakaway Music Festival, which gets unleashed Friday and Saturday in Grand Rapids. 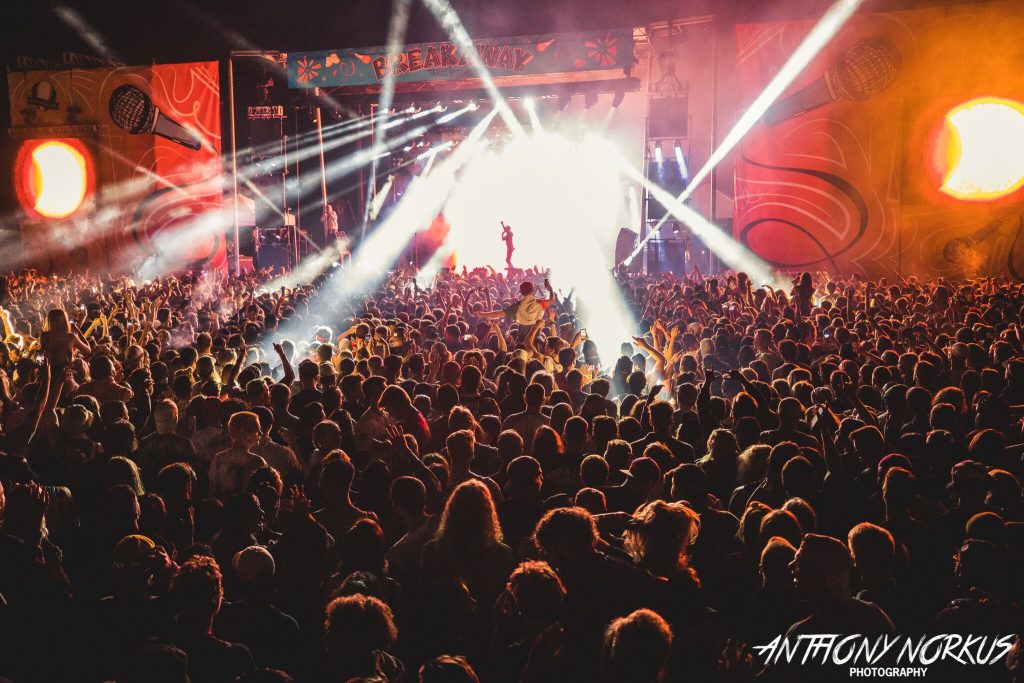 Back This Weekend: Belknap Park hosts the 2021 edition of Breakaway. (Photo/Anthony Norkus)

SCROLL DOWN FOR SCHEDULE AND A BREAKAWAY MUSIC FESTIVAL PLAYLIST

After re-reading my first Local Spins review of Breakaway Music Festival in 2017, it strikes me that I was sort of stunned that Prime Social Group and MI Entertainment Group pulled off an event of this magnitude as seamless as they did, never mind within a crowd-space that had never been activated like they did at Belknap Park.

Now, four years later they are on the cusp of their largest installment of Breakaway yet (pausing in 2020 for COVID).

And while I don’t think anyone would have been troubled if this year’s lineup was throttled back a bit considering how the past 18 months have gone, they went completely the other direction introducing one of the most massive stage offerings this market has ever experienced. 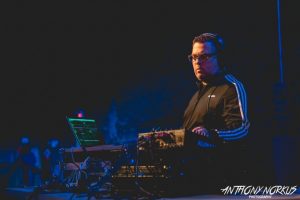 San Francisco native Illennium is coming off a massive headlining set at Lollapalooza, where he continues to anchor his sound with emotive offerings of future bass, dubstep and trap. Known best for his live sequencing within Ableton, it’s not uncommon to see accompanying live performances with guitarists and vocalists alike, while incorporating fan favorite remixes he has produced for artists like Chainsmokers and Flume.

No question this Michigan State University alum did right by Rolling Stone when they referred to him as a breakout artist in 2019. Personally, one of my favorite things about Quinn is you almost have no idea where he is headed next with his sound. But the truest of talent is like that, in that it cannot be contained by expectations.

Two other DJ sets to pay close attention to is San Francisco based Gryffin, and French native Madeon. Each have a great sound, massive followings, and are currently at the top of their game.

Personally, as a parent of two teenagers myself, I’ve enjoyed watching the evolution of high school freshman Dylan Hunter aka DŸLAN, who’s from the Mount Pleasant area. The last time you saw him at Breakaway he was middle schooler DJ DILL Pickle.

I joked with his dad back then: “I think it’s time to retire the Beats headphones and go with something a bit more proper worthy of an emerging artist!” 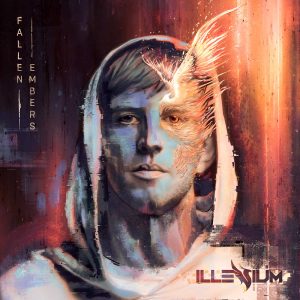 He just wrapped one of his first proper studio sessions with his newest track called “Down Tonight,” and is planning to debut it this weekend. (Scroll down for the full weekend schedule.)

In closing, while the main stage seems to get all of the love, it’s worth noting the Breakaway Silent Disco at the top of the hill, where almost 40 West Michigan DJs or impressive caliber are scheduled to perform over the weekend.

This in of itself is a huge deal, not because any of their sets are likely to break out a new career, but the electricity of having a regions DJs come together for an event like Breakaway simply cannot be overlooked. As a 50-something DJ with 30-plus years behind the decks myself, I applaud the respective promotion teams for offering this sort of opportunity for our locals.

Lastly, some infrastructure stuff to consider: I can’t stress enough that Belknap Park and the surrounding area is not equipped for a lot of a automobile traffic. If you try to make your way in with your vehicle you’re likely going to upset the neighbors, and find out there is indeed no parking to speak of. The best option is to park a few blocks west in the Monroe North area, as it is a short and safe walk to Belknap Park.

Also, make sure to pay attention to Breakaway’s Facebook and Twitter pages for real-time updates for Lyft/Uber pick-up and drop-off areas.

It always helps to remember to be a good steward of your city as we aren’t afforded opportunities like Breakaway very often in Grand Rapids.

Small gestures like picking up trash, helping strangers find their way, and thanking people like the Grand Rapids Police Department and Grand Rapids Fire Department for their respective efforts goes a long way in establishing the long-term success of something like Breakaway.

ABOUT THE AUTHOR: Todd Ernst has been an electronic music DJ and promoter for 30-plus years and is half of the DJ duo DiscoBrunch. While his days are spent as the owner of an indie real estate brokerage, he also owns EXSIGN which is a creative concept that designs and manages corporate, non-profit and nightlife events. Todd is also one of the founding team members for TEDxGrandRapids. 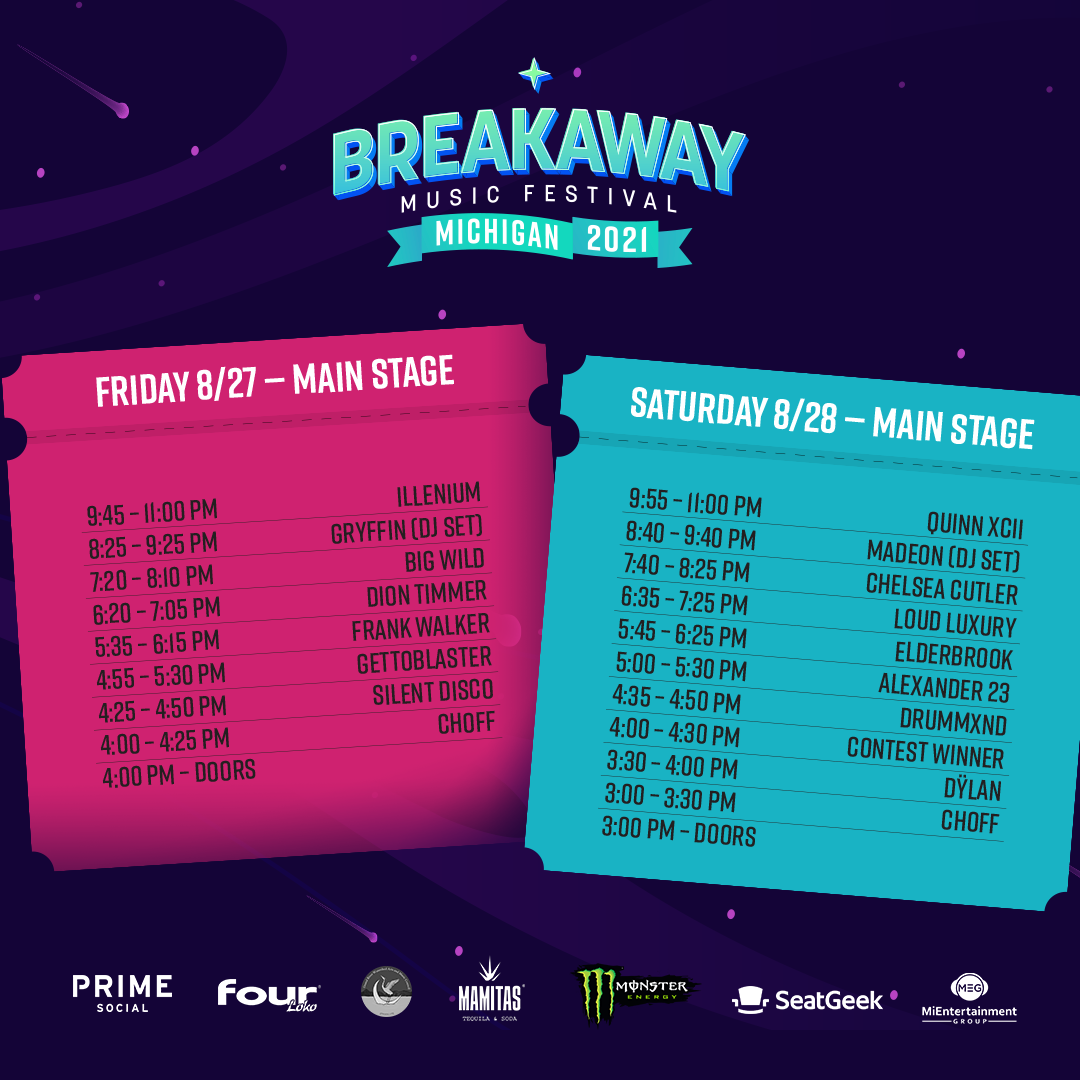