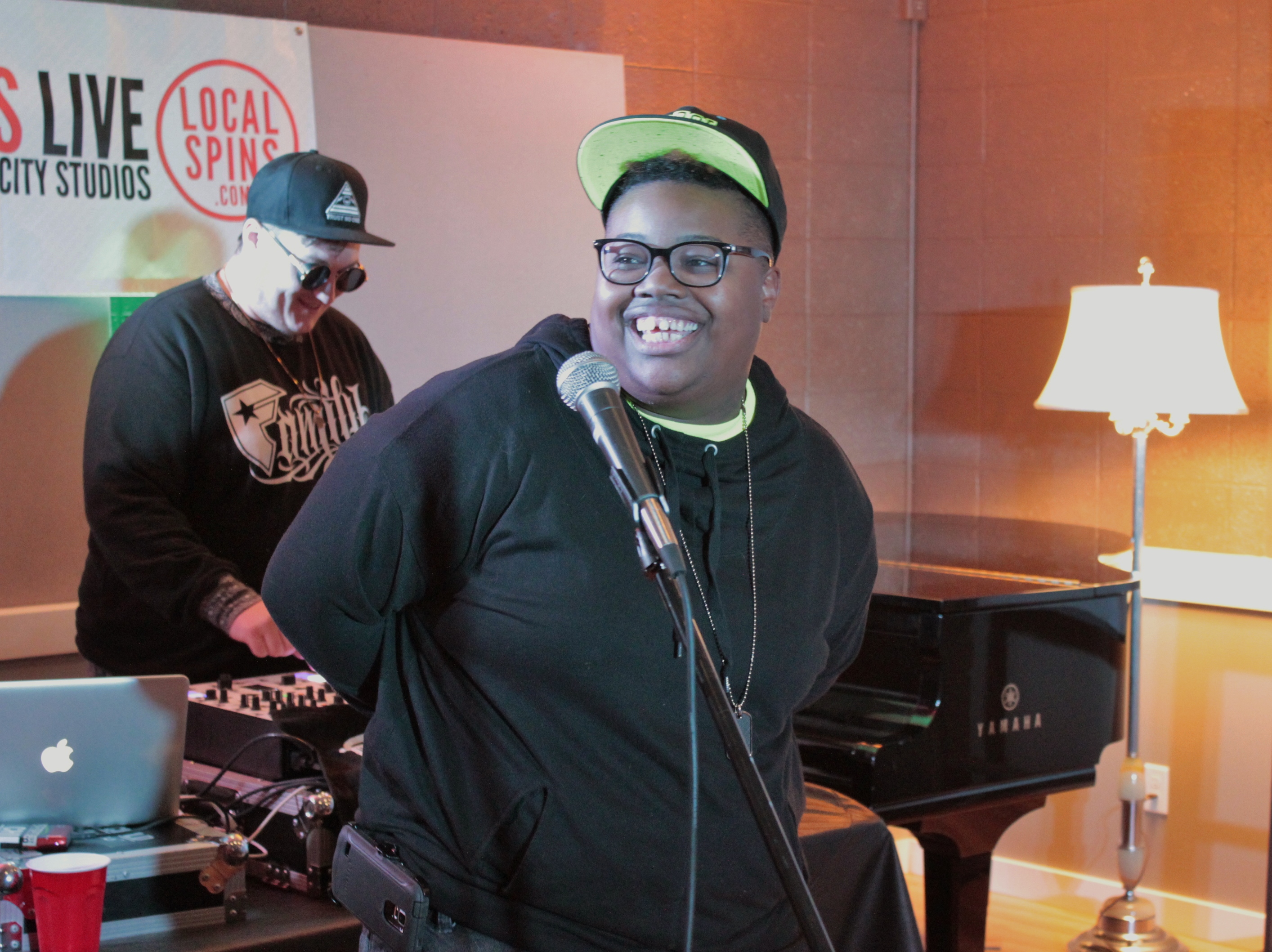 EDITOR’S NOTE: This is Hip Hop Appreciation Week in Grand Rapids, with a host of shows and special events led by the Grand Rapids Hip Hop Coalition (including Thursday’s Black Tie-White Sneaker Benefit Gala in Eve Lounge at The B.O.B. raising money for a HipHop Summer Camp). Get details by clicking on the links and get a rundown of this week’s hip-hop shows and more in The Big List Concert Guide.

We also present this Local Spins Rewind feature on Grand Rapids’ Lady Ace Boogie, who was spotlighted in a 2016 HopCat presents Local Spins Live at River City Studios session with guests J. Rob and DJ Dean Martian. A track from that performance in front of a live studio audience is included in our first “Local Spins Live at River City Studios: The Sessions, Vol. 1” album being released May 28 outside HopCat Grand Rapids. Lady Ace Boogie will perform May 24 at SpeakEZ Lounge in a special Local Spins pre-CD-release show, along with Scott & Molly from Vox Vidorra.

When Lady Ace Boogie, aka Linda Tellis, breaks into that signature grin, it says everything about her music, her upbeat attitude, her philosophy, her undeniably charming take on hip hop. 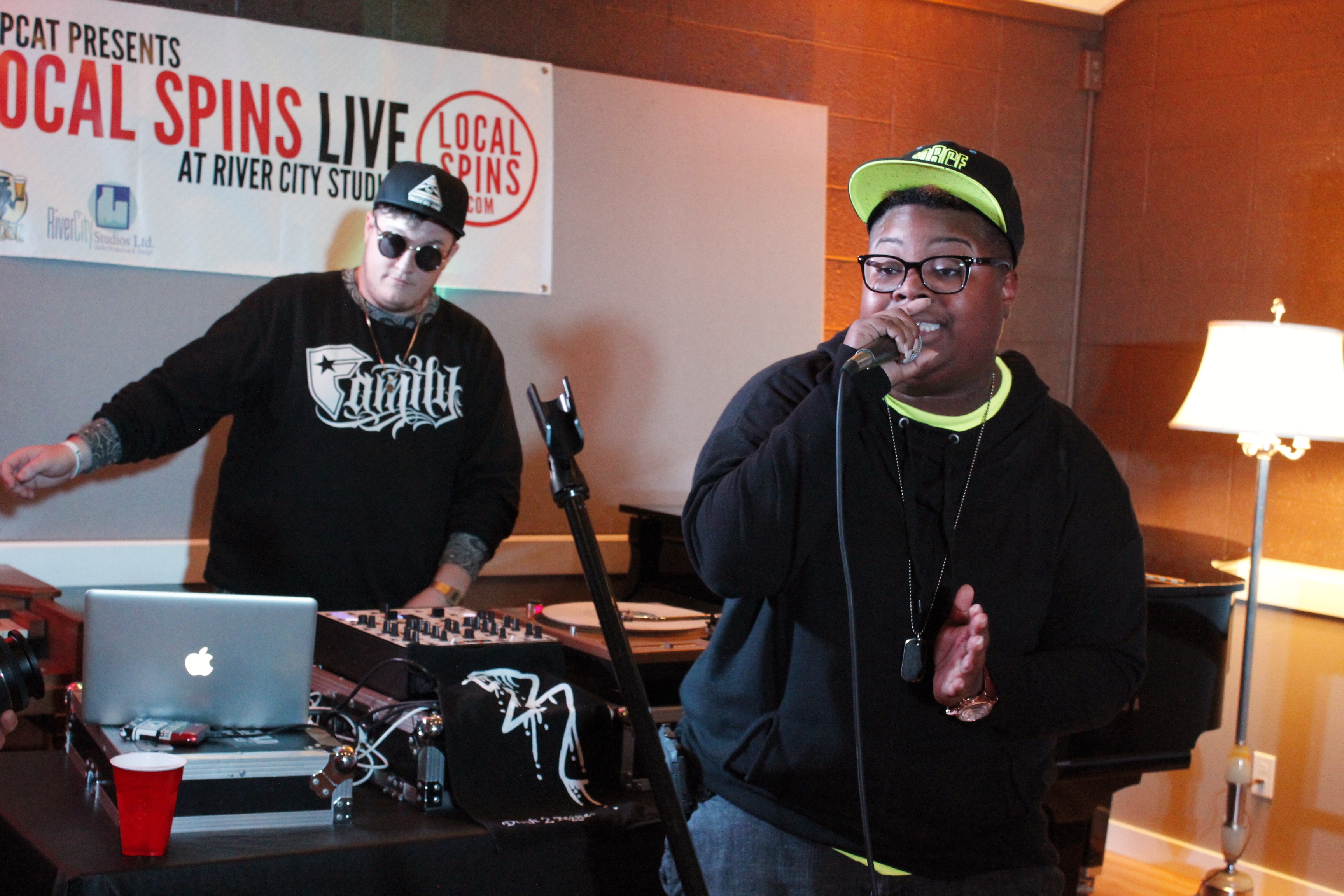 Over the past year or two, this may be the Grand Rapids artist that’s made the biggest impression on West Michigan’s hip hop scene, partly because of her ultra-collaborative nature and partly because her undeniable talent as a wordsmith and rhyme merchant inspires audiences wherever she goes.

That wasn’t always the case for the Grand Rapids rapper and Hot Capicola Records recording artist.

Tellis readily concedes that for years before moving to West Michigan, she was fully immersed in the gang culture of Dayton, Ohio, with her music taking on a “totally different” gangsta rap vibe. Her family had moved to Ohio from West Virginia where Tellis grew up, and she found herself in a “totally different culture and total different environment. I started getting involved with gangs and street life and that kind of sucked me in for a while until about the time I was about 21 years old.”

But after a friend was beaten “to a pulp” by fellow gang members, she began to step away from that lifestyle, eventually meeting someone she calls “the love of my life” and moving to Grand Rapids about six years ago.

In Grand Rapids, she found a supportive hip hop scene – influenced by rappers such as Suport, J. Rob and others – and she began writing songs for her “Feel Good Music” debut album, released in early 2015.

“I was able to switch up my style and switch up my environment and put out good, positive hip hop,” she said during an interview as part of a recent HopCat Presents Local Spins Live at River City Studios session.

“I would have to say it’s really a balance between what people need to hear and what people want to hear.”

Tellis revealed that and much more during a rollicking one-hour interview and performance session that featured DJ Dean Martian and special guest, J. Rob., recorded and filmed in front of a small studio audience at Grand Rapids’ River City Studios.

More than anything, this singularly motivated artist – who concedes she was inspired more by rock ‘n’ roll than rap while growing up – strives to be “completely honest” with her music, which means her next project will tackle the challenges she faced in getting to where she is today.

“It’s important for people to hear how I got here and be honest with it. I’m focusing more on telling that story when it wasn’t all good, but telling it in a way that gives people hope in the end – give people some light at the end of the tunnel.”

Before that, however, Lady Ace Boogie is moving ahead on a project with J.Robb under the moniker, The Great Ones, and reveling in Grand Rapids emerging hip hop scene.

“It’s definitely progressed since I’ve been here,” she says of the scene, which has inspired her to continue creating her inspirational songs. “In the meantime, I’m going to keep making music.”

She’ll do that in Grand Rapids on Saturday, when she joins psych-rock band Heaters in a show at Long Road Distillers. 537 Leonard St. NW. The show begins at 8 p.m.; admission is $7. Get details and tickets online here. 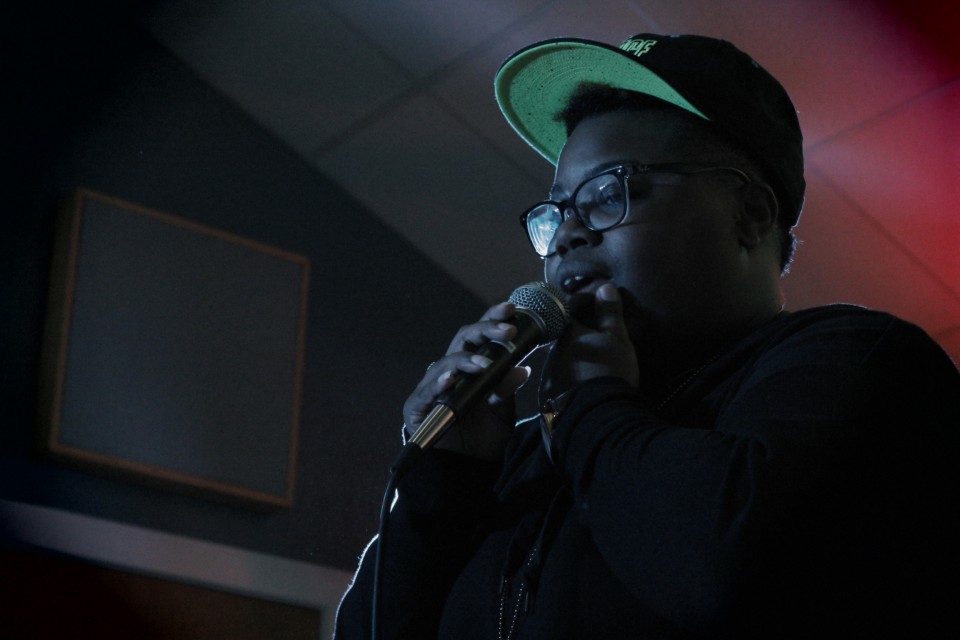 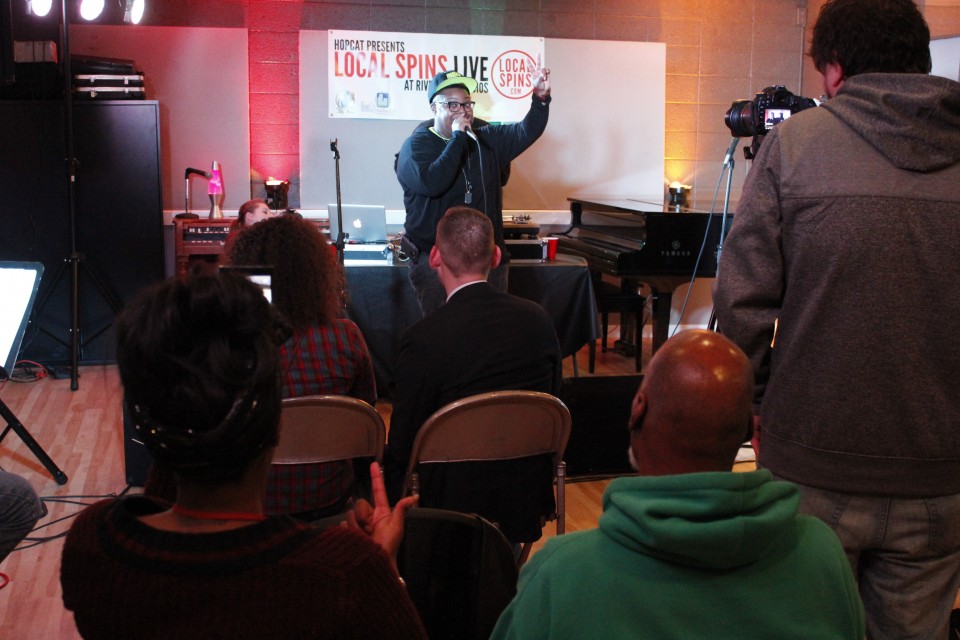 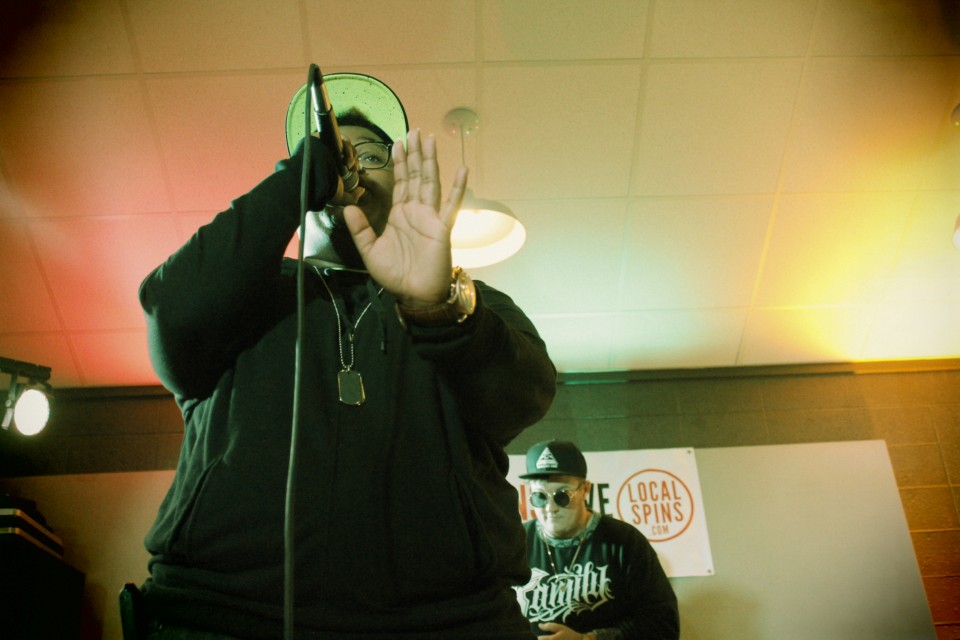 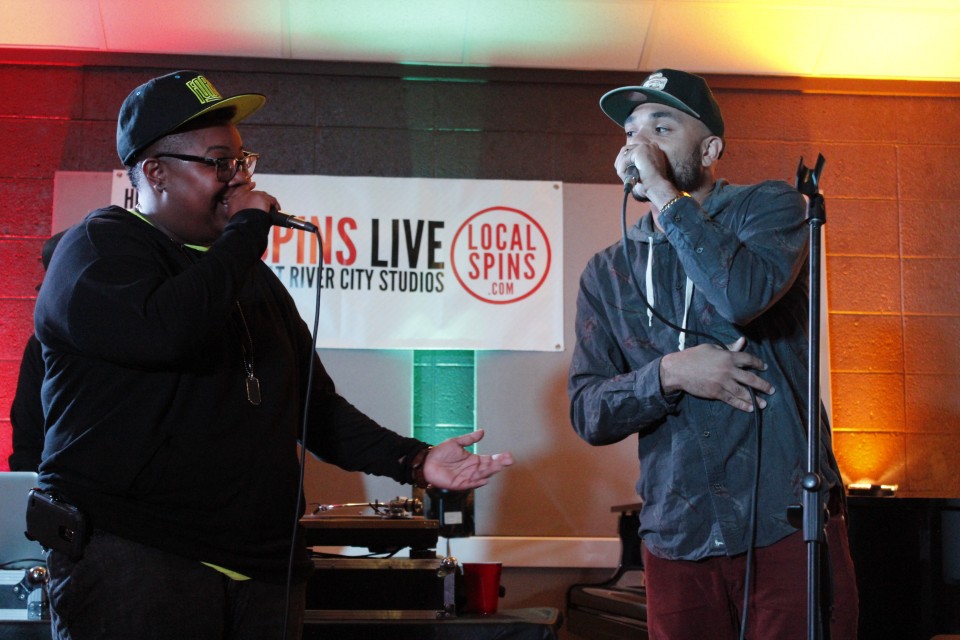 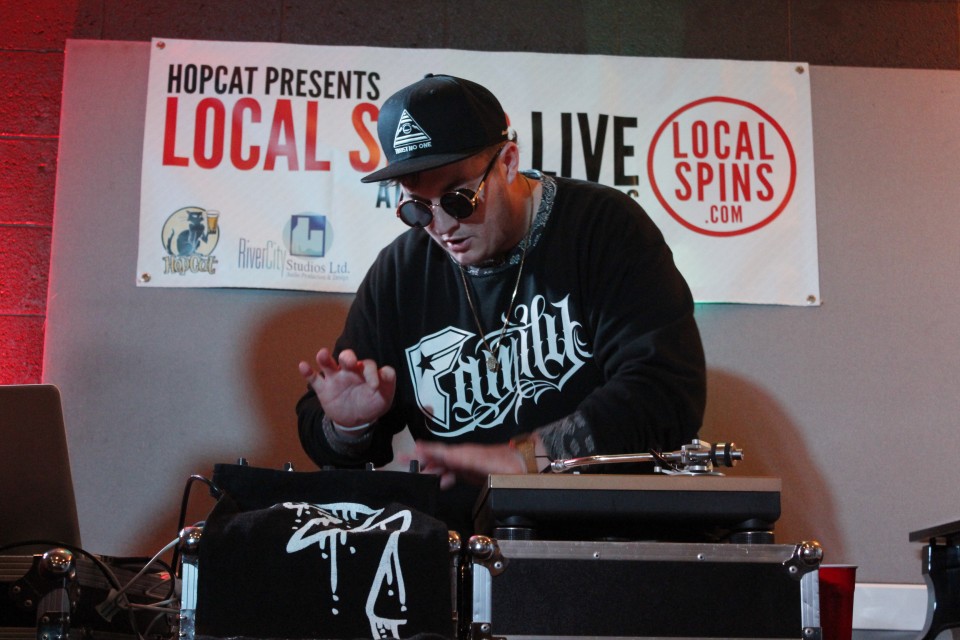 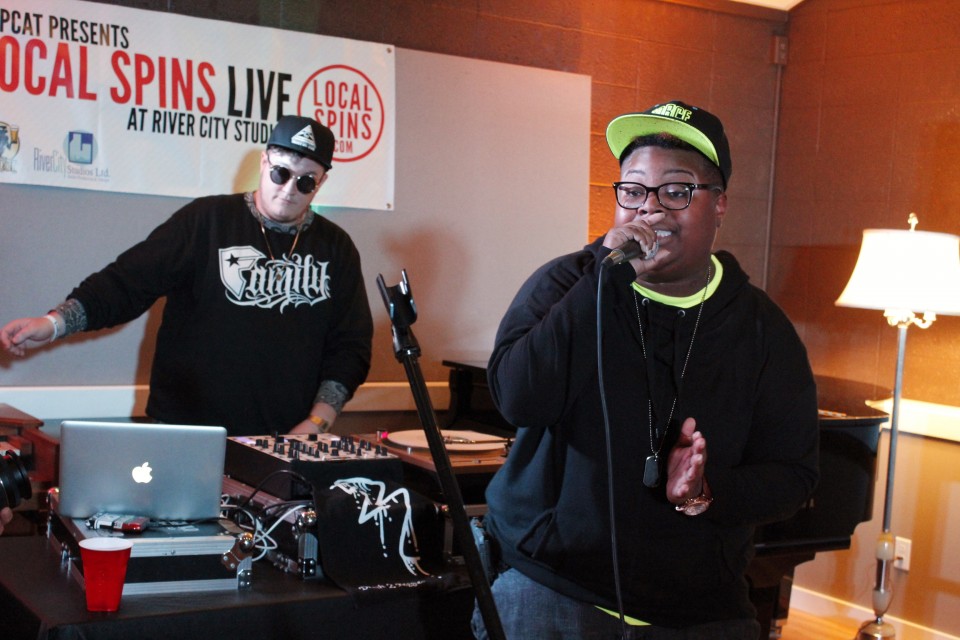 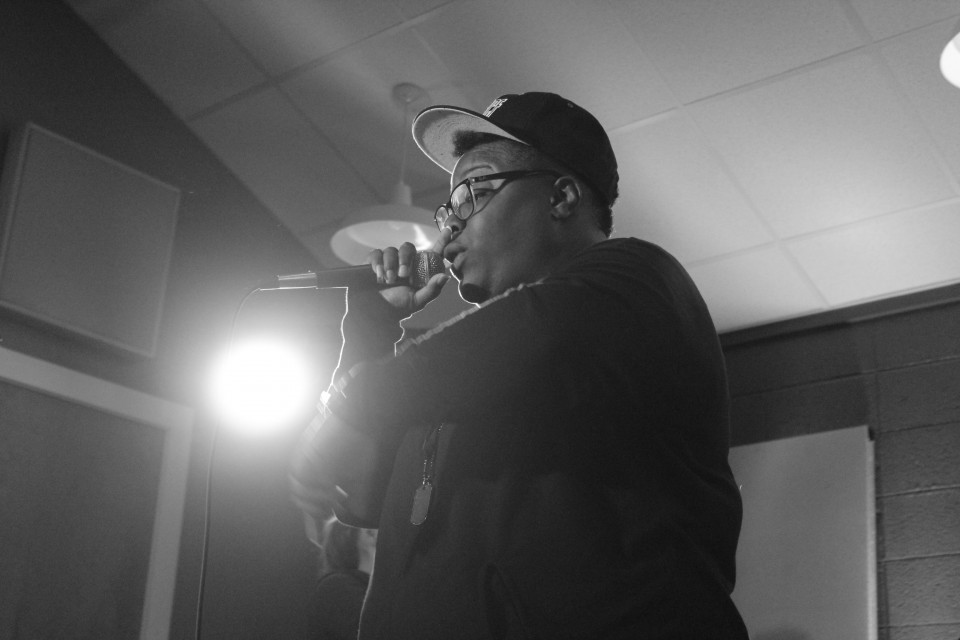 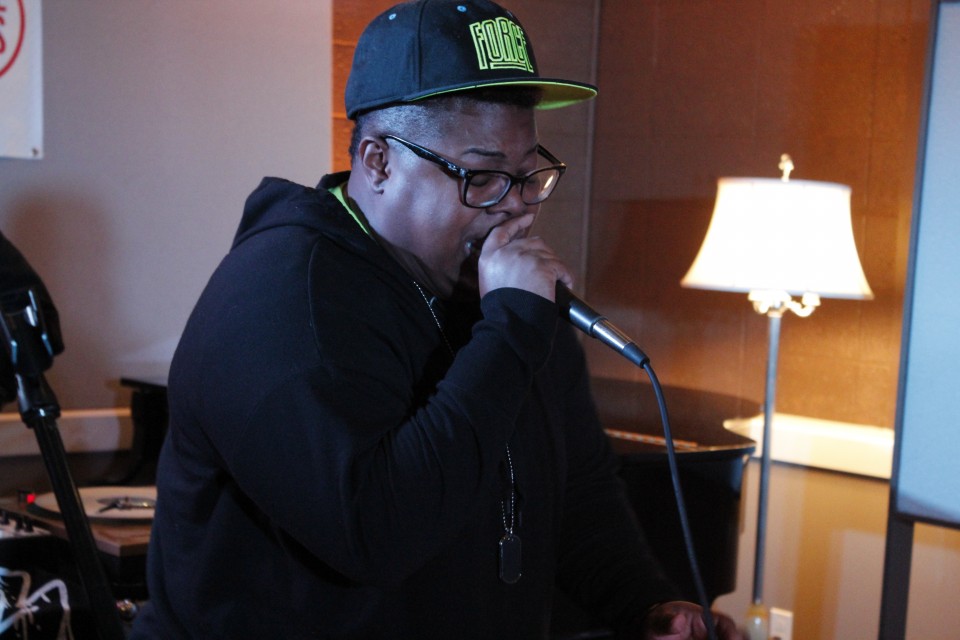 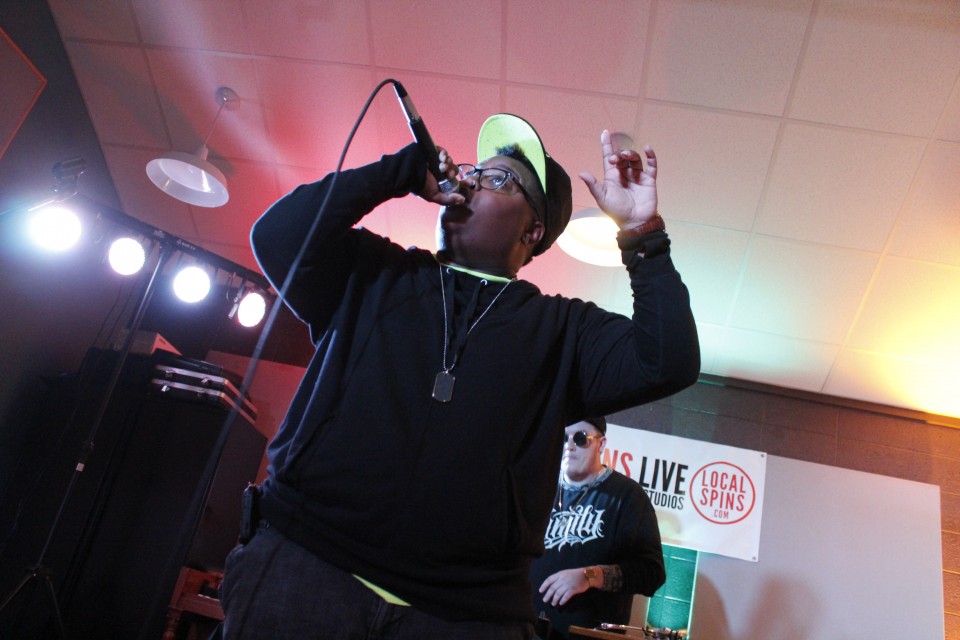 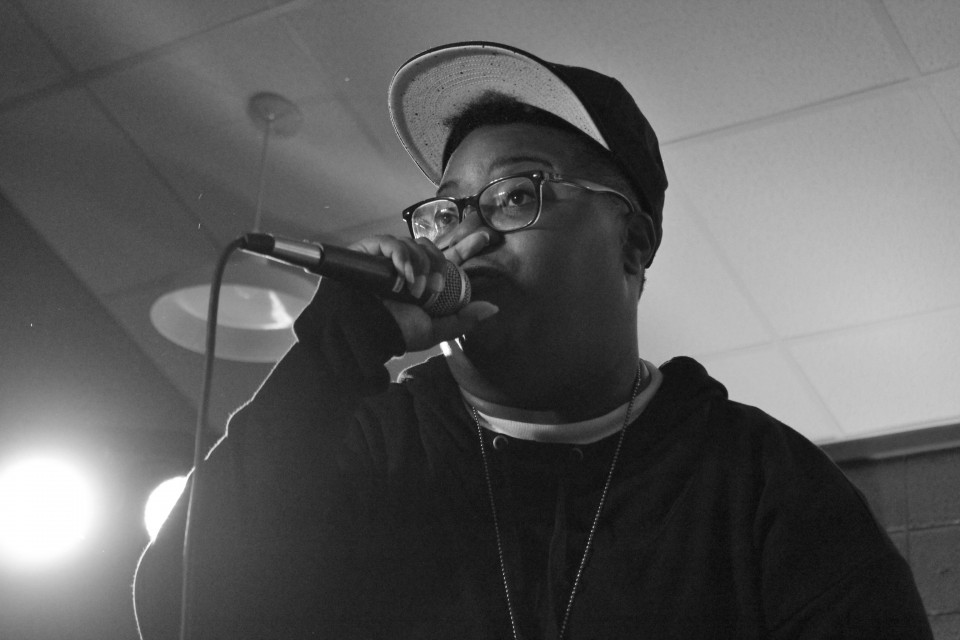 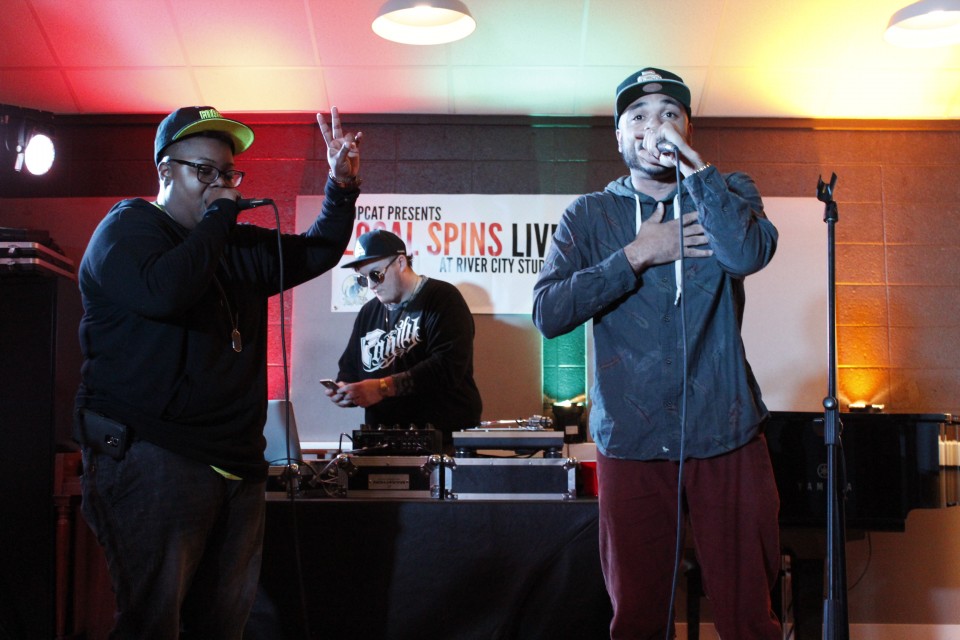 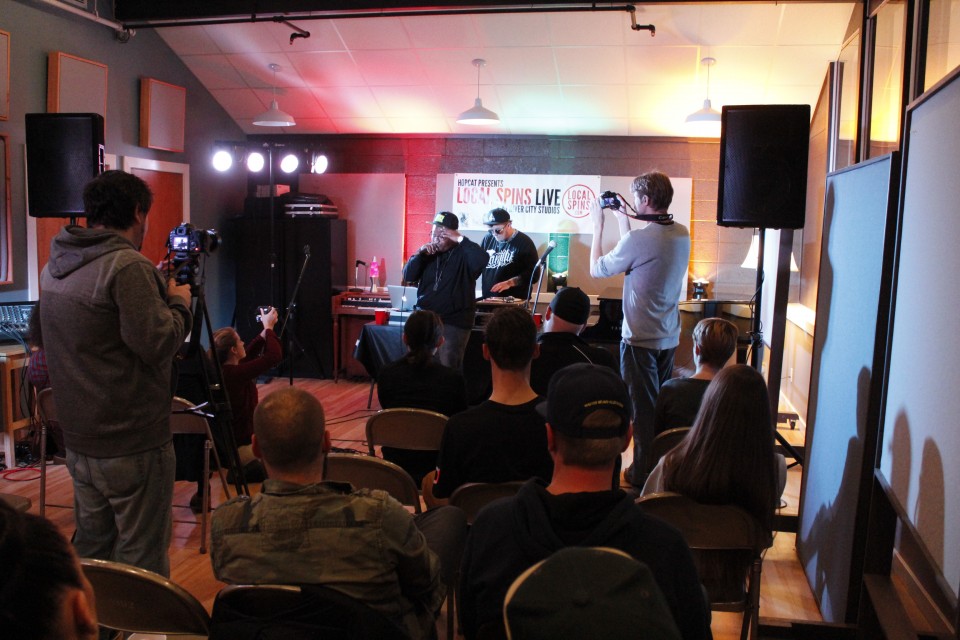 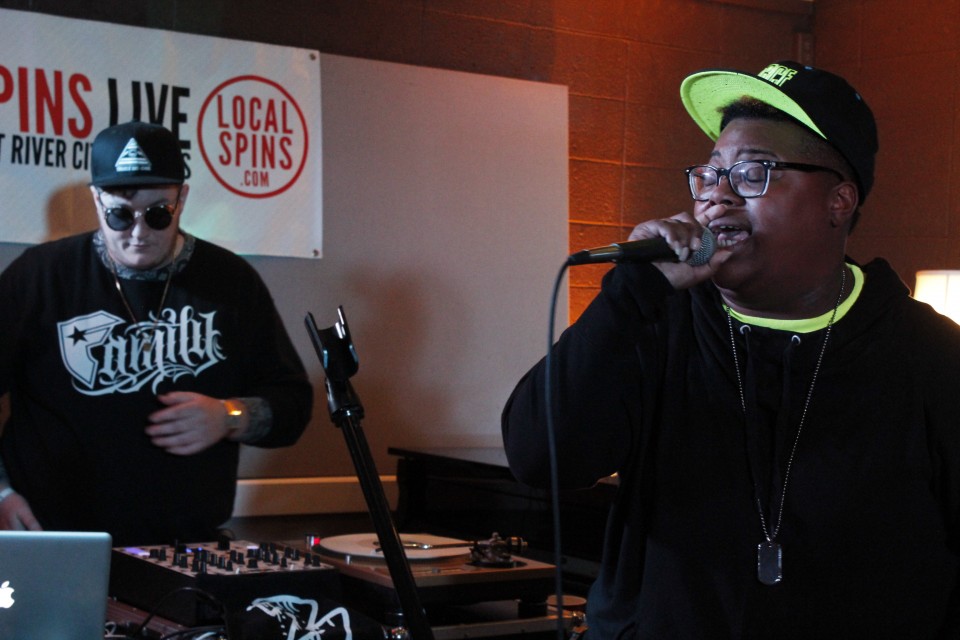 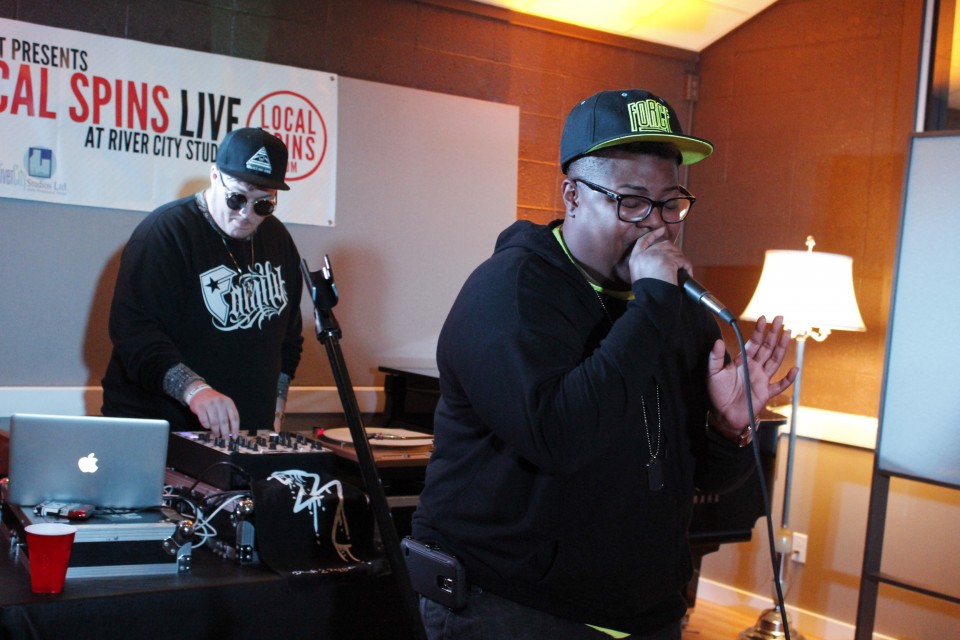 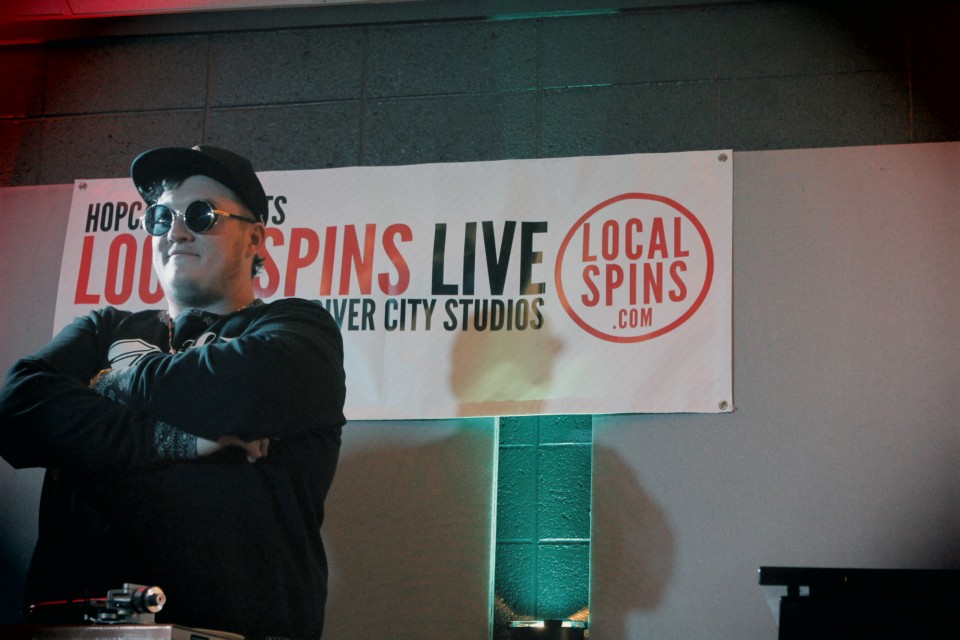 More people are reading Local Spins than ever before, but in order to keep things spinning and enhance coverage of West Michigan’s music scene with the stories, photos, videos, reviews, podcasts and other features for you, our audience, we need your help. Many websites have put up paywalls to help finance their work. We haven’t. But as part of a Local Spins community of folks invested in showcasing Michigan-bred talent, we’re asking you to consider supporting Local Spins and what we do. Those providing gifts at any level, whether it’s $5 or $50, will have their names listed in the Local Spins Hall of Fame. For $50 or more, you will receive a copy of the first-ever “Local Spins Live at River City Studios” CD and a gift card to a local brewery. (The CD will be available after May 25.) Thank you for being part of the Local Spins family and helping us cover West Michigan’s burgeoning music scene.

Click here to donate to Local Spins (and to receive your CD and gift card)!