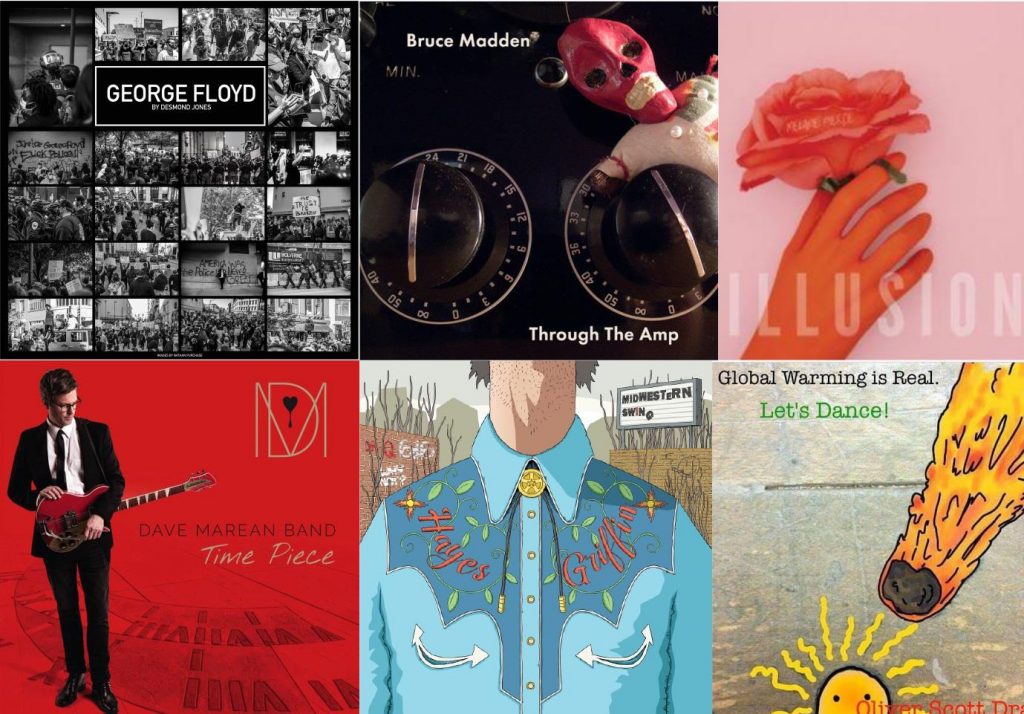 From ‘George Floyd’ to ‘Illusions’: Just some of the Michigan tracks that debuted this week at Local Spins on WYCE.

We’ve seen it during the COVID-19 pandemic, with countless artists creating new songs and videos that reflect the isolation and pain caused by the coronavirus to those celebrating the bravery of health care workers on the front lines.

Now, with the recent police killing of George Floyd in Minneapolis — and the protests and riots that have followed — music once again acts as a mirror held up to society and as a potential trigger for change.

Grand Rapids jam band Desmond Jones officially releases a brand new song, “George Floyd,” on Wednesday in response to Floyd’s death, with all proceeds from sales of the track on Bandcamp.com donated to NAACP Grand Rapids and The Bail Project. 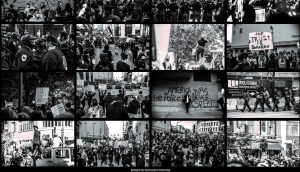 On Friday, Local Spins on WYCE gave listeners a sneak preview with the world premiere of the track, which closed out Friday’s show on WYCE (88.1 FM). (Scroll down for the podcast.)

The strongly worded anthem was written by band member Isaac Berkowitz, with each of the five band members recording their parts at home, which were then mixed by Kevin McKay at Webberville’s Inmuso Studio. A music video for “George Floyd,” featuring photos from protests and rallies in Grand Rapids, Detroit, Muskegon and Columbus (taken by Nathan Purchase, Nick Small, Adam Berta, James Saville and Ryan Broton), will also be released on Wednesday.

In addition, Desmond Jones will host a live-stream concert from Tip Top Deluxe Bar & Grill at 8 p.m. Monday, with donations collected for NAACP Grand Rapids and The Diatribe Inc. The lives-stream will take place on Tip Top’s Facebook page.