The latest releases from each of these West Michigan artists represents a significant step forward in their musical journeys. Listen to the September segment of Local Spins on Michigan Radio’s ‘Stateside.’ 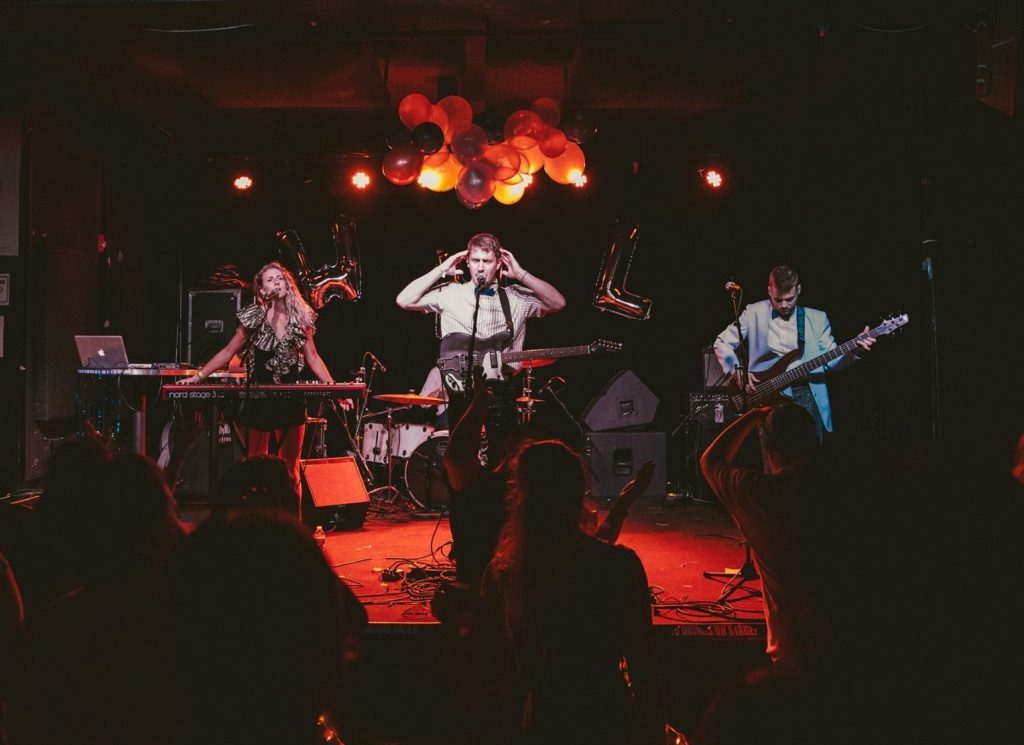 September may mark the close of Michigan’s outdoor music season, but the cavalcade of new music from regional artists continues unabated — as evidenced by this month’s Local Spins segment on Michigan Radio’s “Stateside.”

Listen here to the Local Spins segment on Michigan Radio’s “Stateside” and check out full versions of songs by the featured artists. 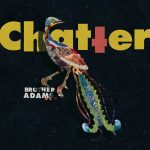 1. Brother Adams, “Waves” from “Chatter” – Based in Holland, Brother Adams is one of those “really-tough-to-describe” bands. Led by brothers Jair Driesenga (bass, lead vocals) and Bryce Driesenga (guitar, vocals), the trio also features drummer Matthew Loveless. I’ve described them as Modest Mouse-meets-Bright Eyes-meets-Jack White – an indie-folk-punk outfit. This is the group’s first full-length studio album in four years after going through some lineup changes (the band was a fivesome for awhile). The band’s 2015 album, “BLOOD,” earned a listeners’ choice award from WYCE so there’s definitely some pent-up fan demand for something new and “Chatter” doesn’t disappoint. It’s more eclectic and more psychedelic – a concept album that tells the story of the band from its early years. These guys also stand out as an uber-energetic live act, often getting off stage to play right in the middle of the audience. Brother Adams plays SpeakEZ Lounge in Grand Rapids on Oct. 23 as part of the Local Spins Wednesdays series.
LISTEN: “Waves” 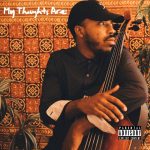 2. Jordan Hamilton, “Mars” from “My Thoughts Are” – I recently wrote that hip hop and soul cellist Jordan Hamilton is a musician who supersedes his own hype and reputation. We’ve featured him before on Michigan Radio, but the Kalamazoo-based musician continues to break new ground and cultivate new fans with his music and live performances. His brand new studio album, “My Thoughts Are,” does that brilliantly – a genre-spanning, seven-song collection that’s not only musically captivating and boundary-pushing but also uplifting with messages that are at once hopeful, political and inspirational. Hamilton, a Maryland native who moved to Kalamazoo to get his master’s degree at Western Michigan University, plays solo, is part of the Last Gasp Collective – a diverse hip hop ensemble – and performs regularly with northern Michigan guitarist/singer Seth Bernard. His hectic gigging schedule has him playing shows every weekend through early December, including a Sept. 13 appearance at the Yote Social Lab in Grand Rapids with Eli Kahn, Sept. 14 at B. Nektar Meadery in Ferndale also with Eli Kahn, and Sept. 20-22 at Earthwork Harvest Gathering outside Lake City.
LISTEN: “Mars” 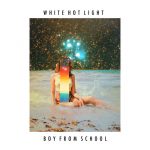 3. Boy From School, “Split” from “White Hot Light” – This Grand Rapids indie-rock/pop band has been around for a few years, but “White Hot Light” represents its first full-length studio album. The band – guitarist and lead singer Alex Mason, lead singer, synth and flute player Erin Dickson and bassist Beniah Dickson – describes its music this way: “Take everything you’ve ever wanted to do in your life and add in a majestic hot air balloon race. That’s pretty much what we are all about.” In short, it’s a fusion of rock, pop and electronic sounds that recalls some elements of the ’80s, with songs that are impressively arranged and produced. (Fans of Walk the Moon, Genesis and Two Door Cinema Club will find something to love here.) They recently played their official album-release show at The Pyramid Scheme in Grand Rapids.
LISTEN: “Split”