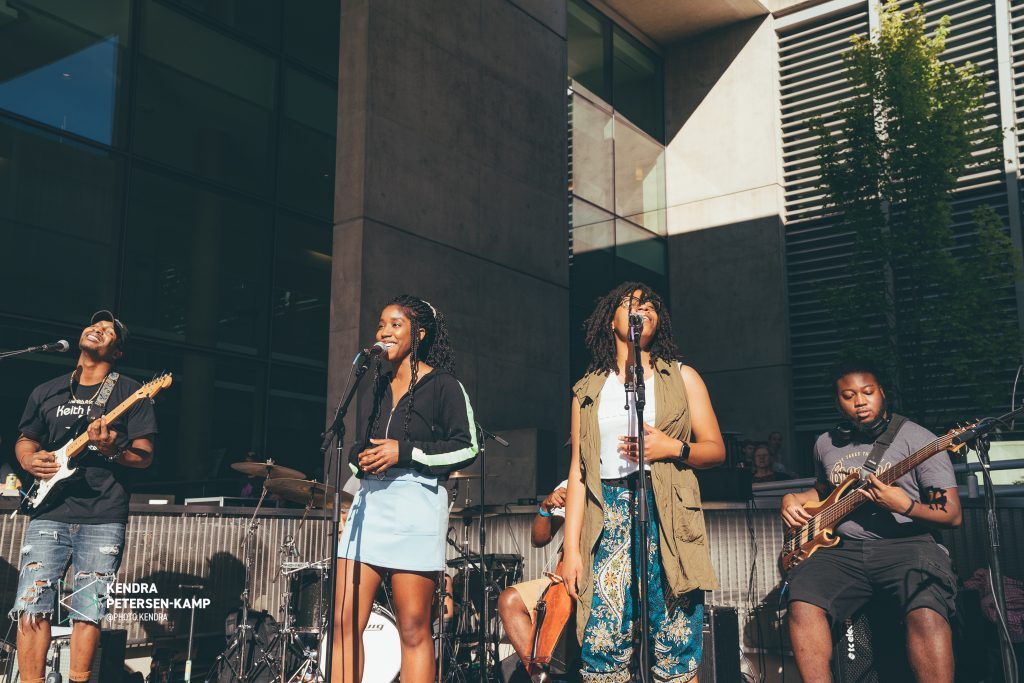 Summer Soul: The Last Gasp Collective performing for GRAM on the Green on Thursday. (Photo/Kendra Petersen-Kamp)

The spirit of West Michigan’s summer was on fully display Thursday at the first GRAM on the Green concert of 2019, powered by the blues, soul, jazz and hip hop of Kalamazoo’s Last Gasp Collective.

Their passionate performance on the terrace of the Grand Rapids Art Museum in downtown Grand Rapids seemed to bring out the soul of the city, and its love for music, food and good weather.

Members of the Last Gasp Collective were impressed by the unique setting, which served as the first stop on their summer tour.

“We’ve only played in Grand Rapids once before,” said drumer Terrence Smith, “but I love this venue.” 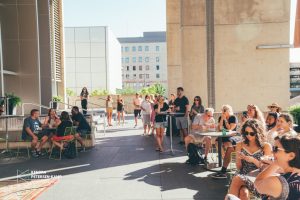 Loving the Venue: Some of Thursday’s attendees basking in the sun. (Photo/Kendra Petersen-Kamp)

As their smooth and easy music floated across the terrace, people started filing in, tuned into every move the band made while dining on selections from the food trucks parked out front, relaxing with a glass of wine or standing and swaying.

Last Gasp Collective made a point to include the audience in its songs, making for a fun and collaborative experience for the audience. The audience sang back the words with a sense of freedom.

Starla McDermott, of Grand Rapids, said she has lived in Chicago and San Francisco, but Grand Rapids wins as her favorite hometown because of the community feel pf music events such as GRAM on the Green, which is co-hosted by community radio station WYCE (88.1 FM).

“I just love Grand Rapids, it’s the perfect-sized city,” she said, “I came out for the music and food. I love this band and their fun little improvs that they do.”

With meaningful lyrics, perfect instrumental coordination and beautiful vocals on a stellar summer night in Grand Rapids, Last Gasp Collective set the bar high for 2019’s GRAM on the Green, which continues next Thursday with Lipstick Jodi and Jes Kramer. 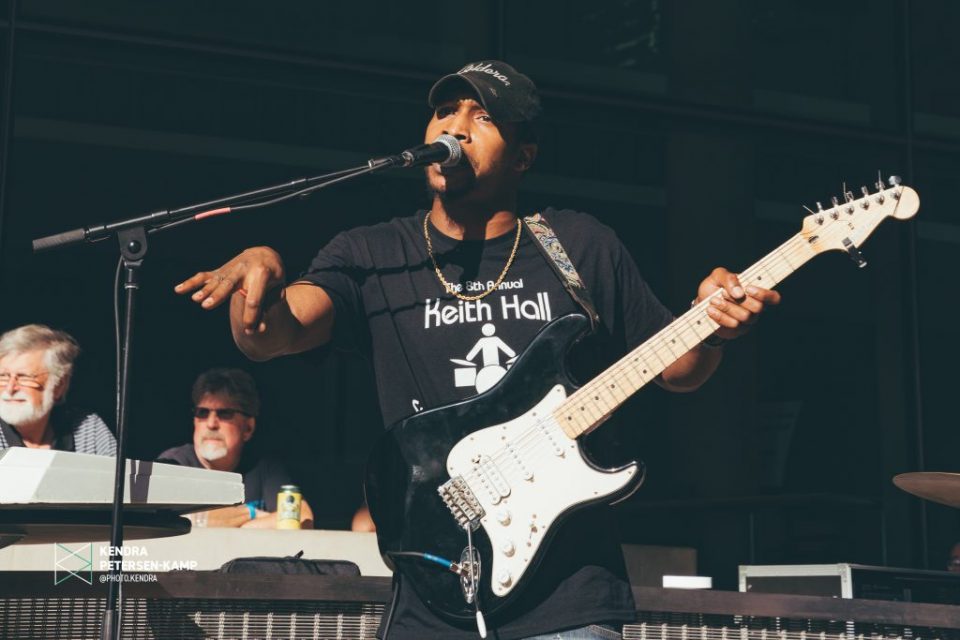 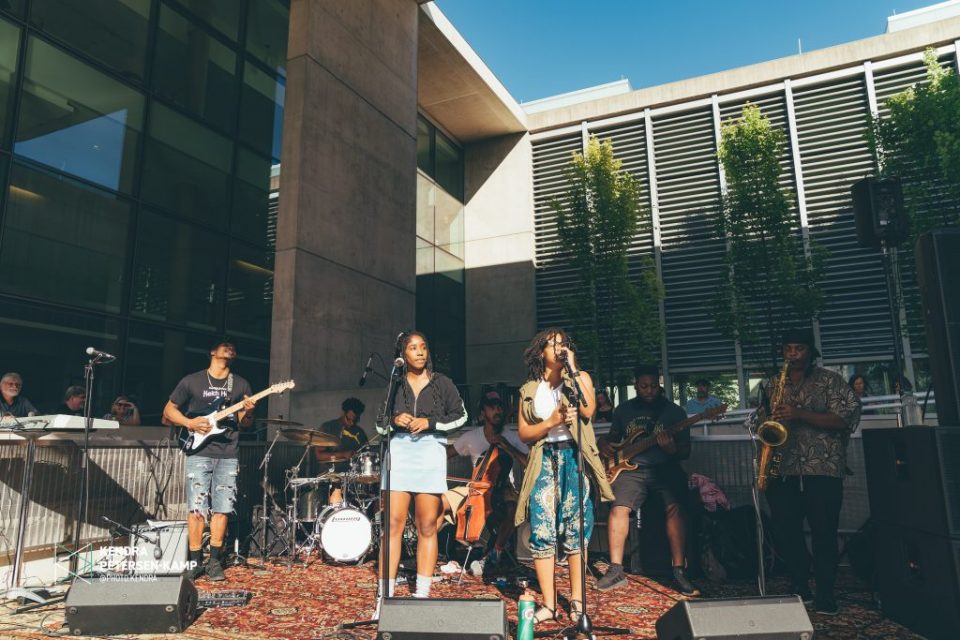 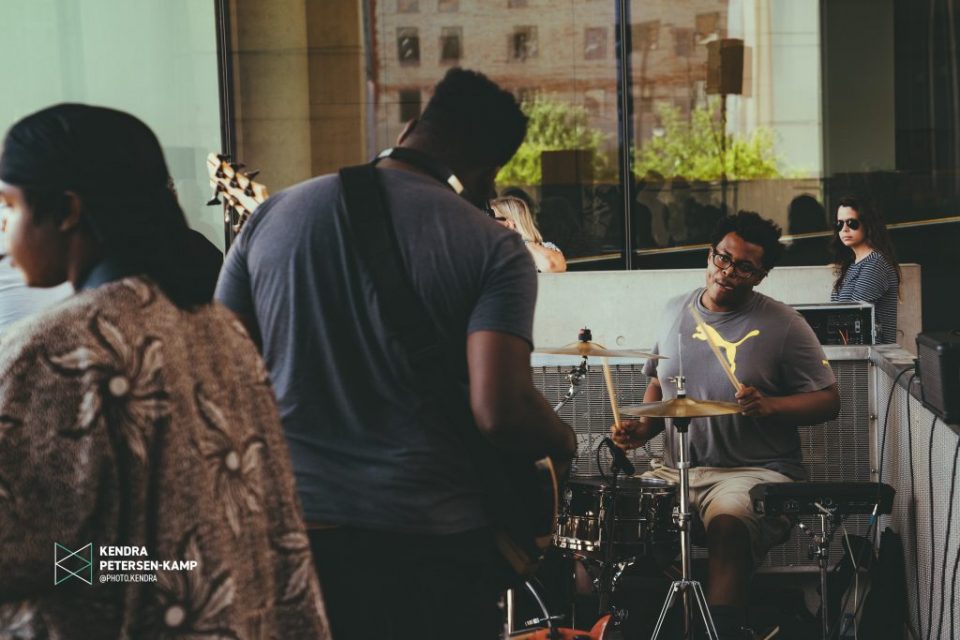 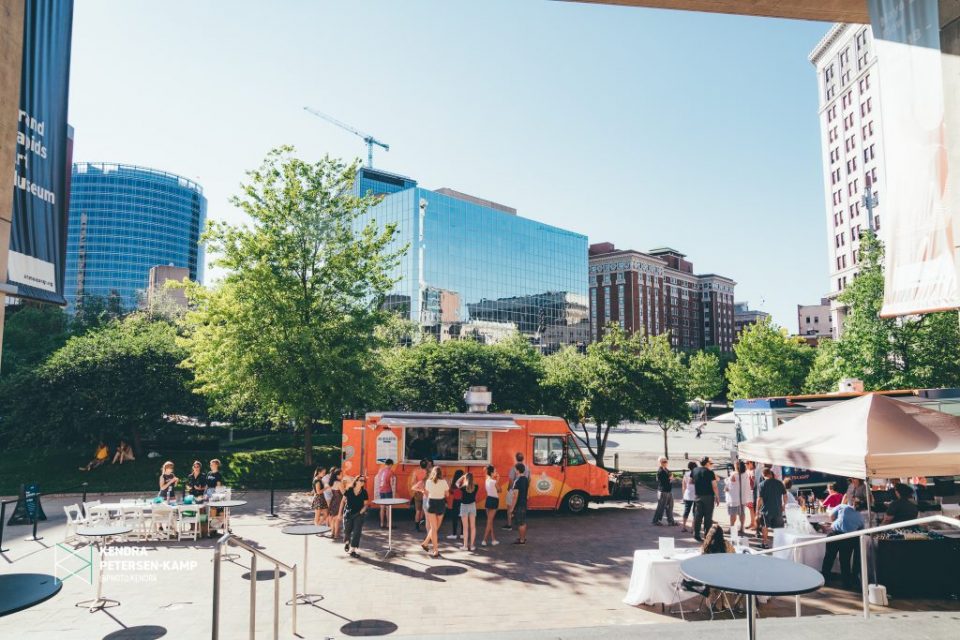 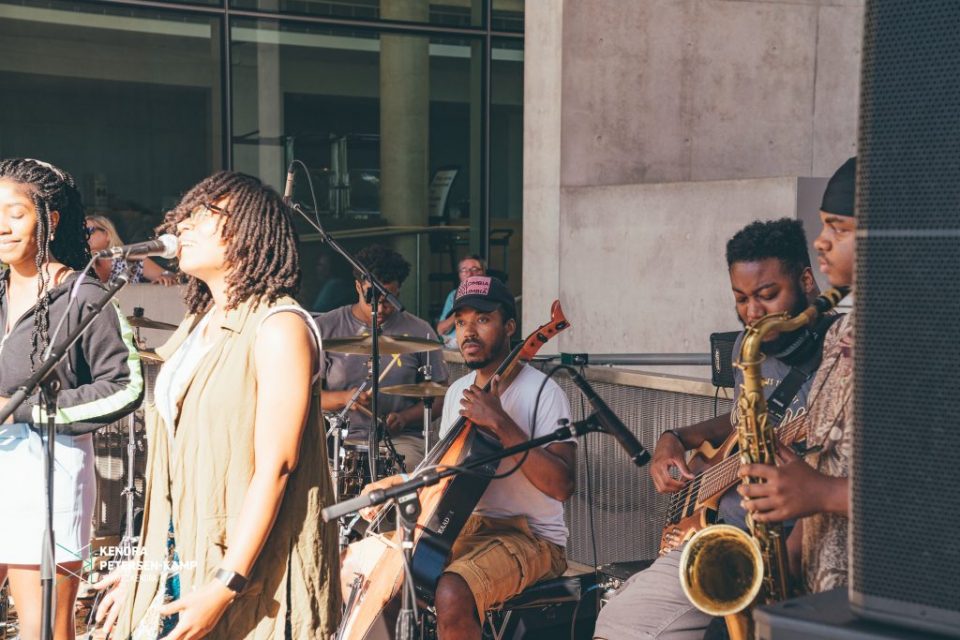 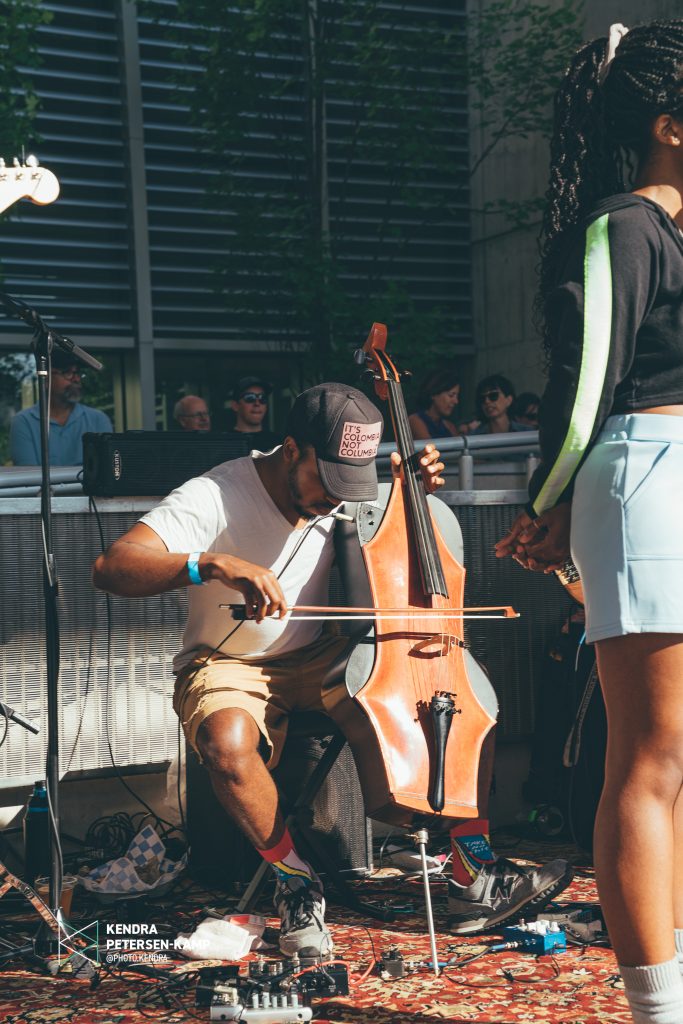 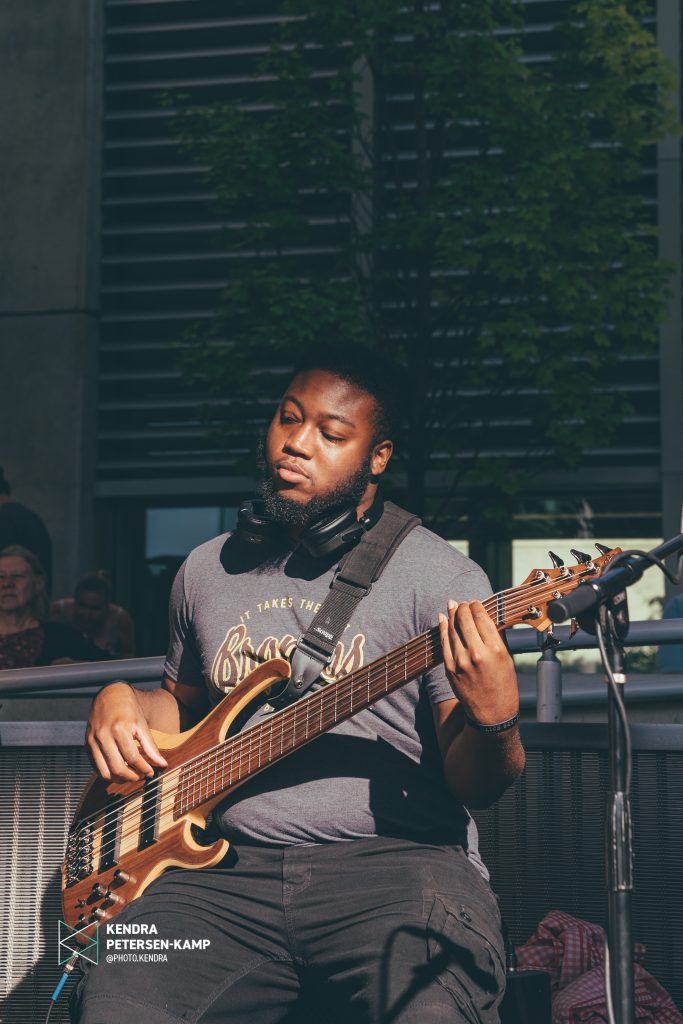 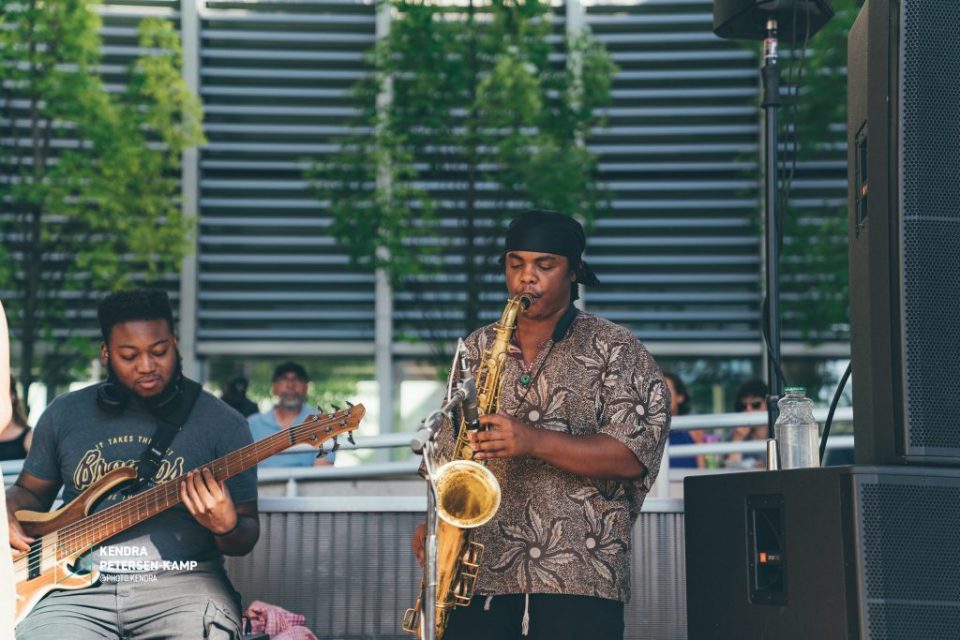 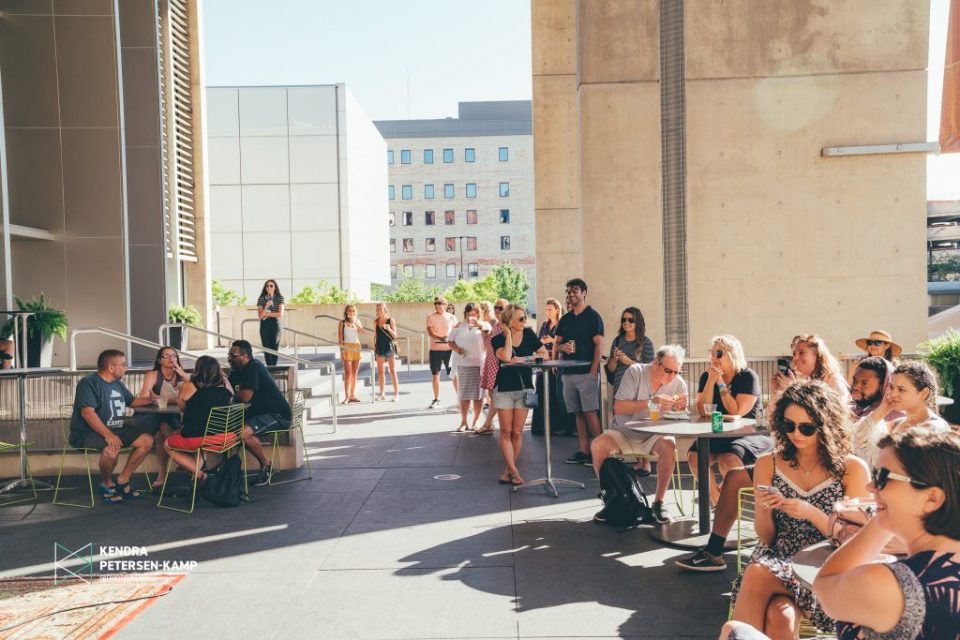 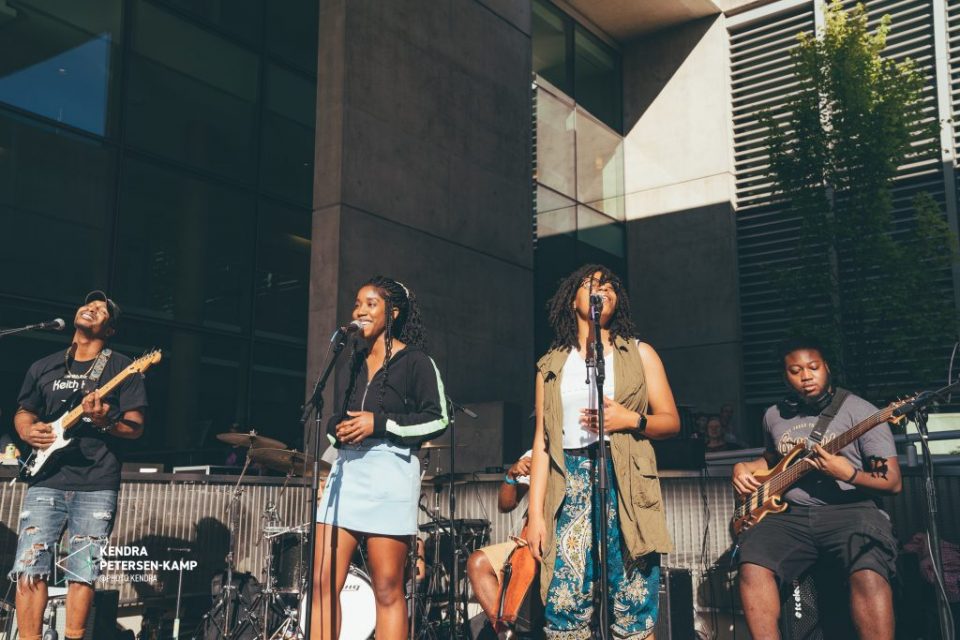 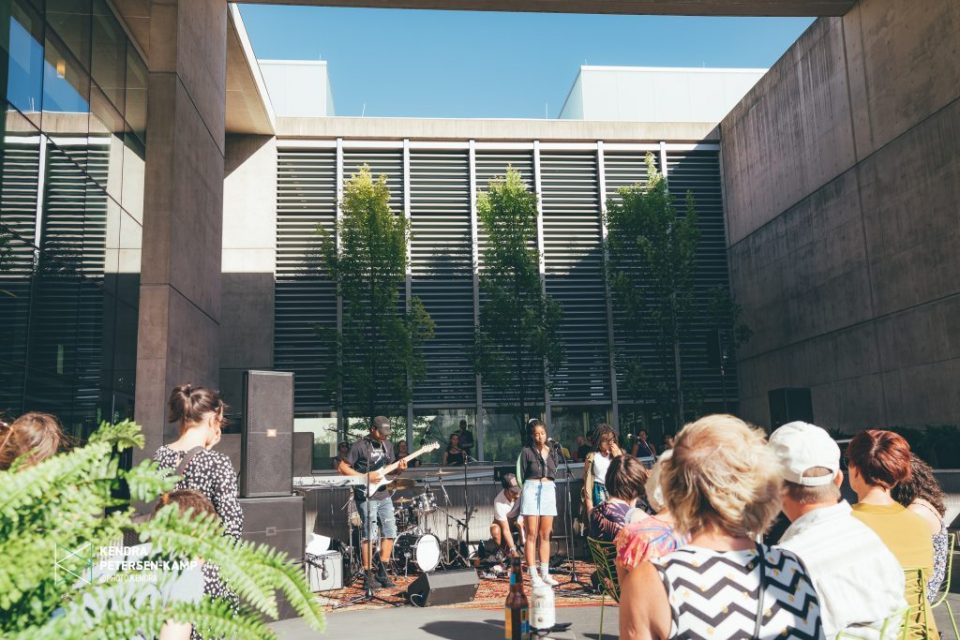 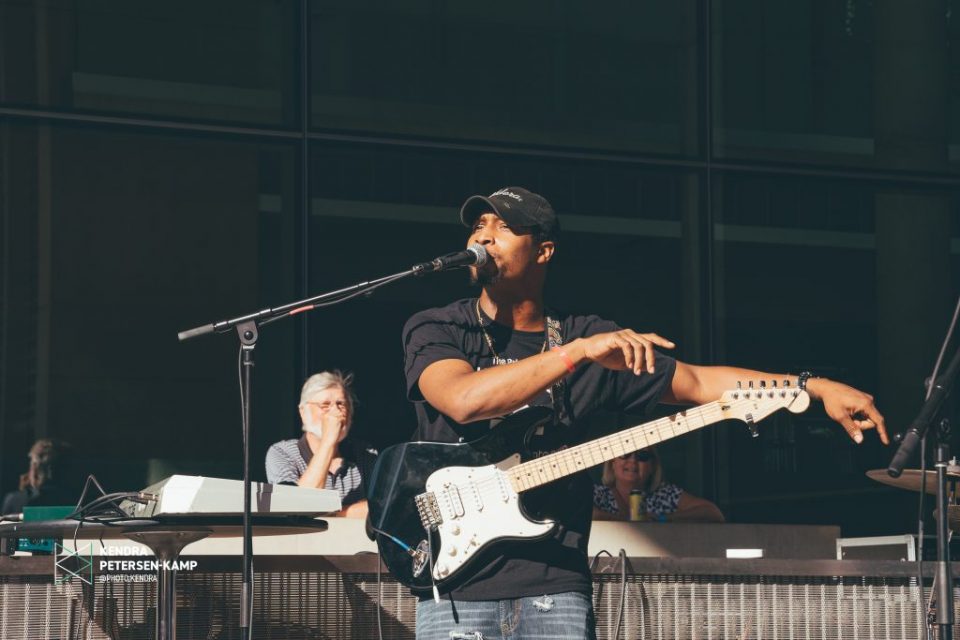 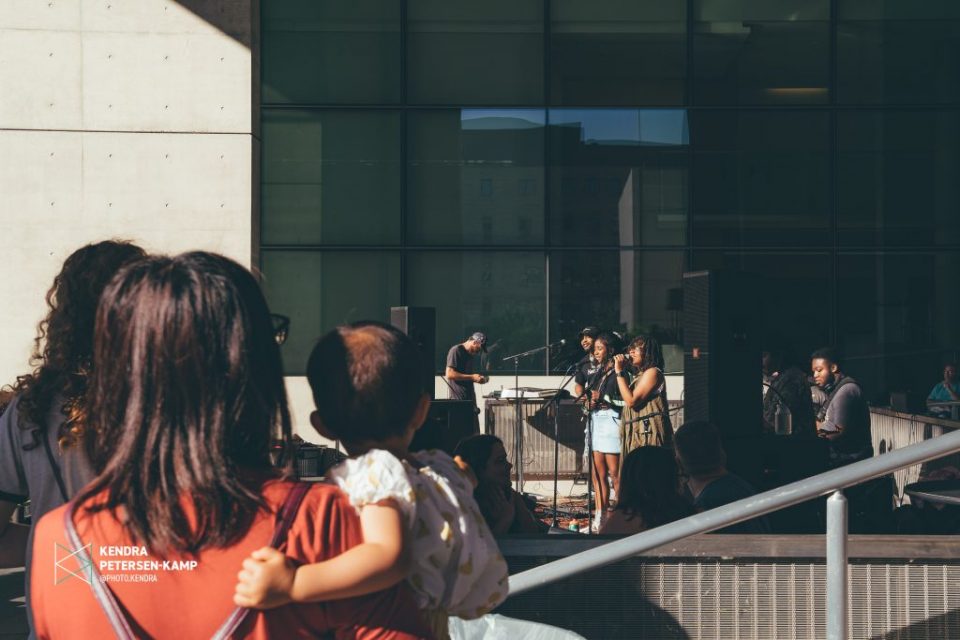