Proclaiming “music brings people together,” the country star played a crowd-pleasing, hit-filled, sold-out show Saturday at Van Andel Arena and does it all again in Grand Rapids on Sunday night. Review, photos. 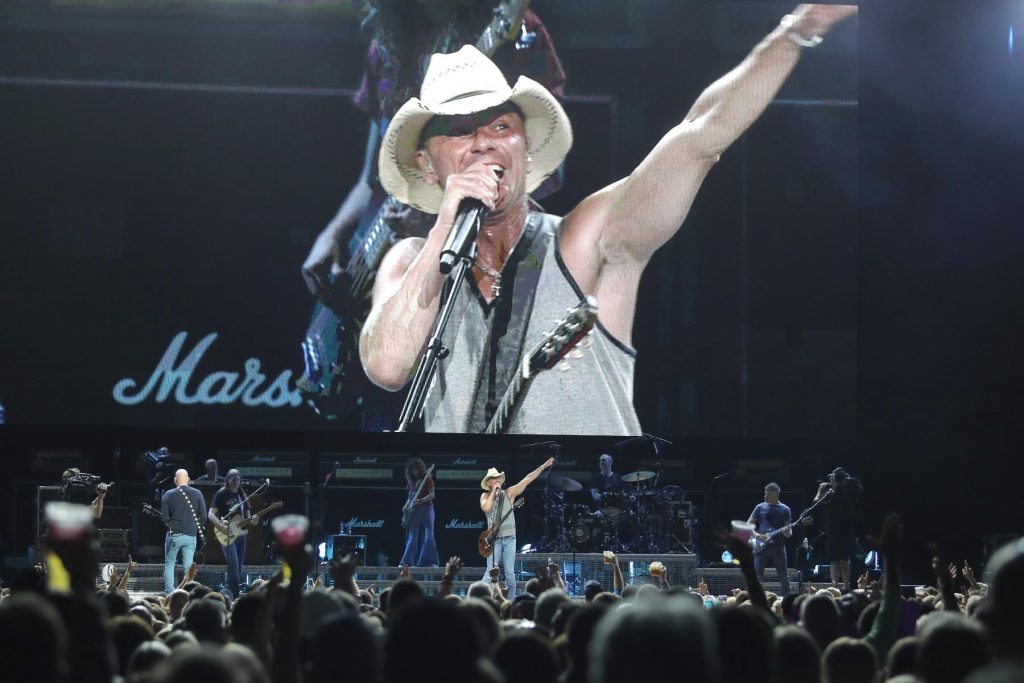 ‘Something About This Town’: Kenny Chesney acknowledged the adulation of Grand Rapids fans. (Photo/Jim Hill)

“Something about this town, something about this arena, there’s a certain energy,” the country music legend gushed to an attentive, energetic crowd of 12,000 during his sold-out show at Van Andel Arena, the first of two straight nights in Grand Rapids. “You’re proof that music brings people together more than anything we have in life.” 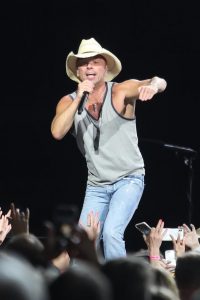 Playing the Hits: Chesney rolled out lots of them on Saturday. (Photo/Jim Hill)

Chesney had announced on Instagram the night before his tour started that he was hoping to bring his show to places that don’t usually get to see him during his yearly touring cycle, which usually focuses on large stadiums.

More than 20 years into his career, Chesney still performs with exhilarating big-stage energy, kicking things off Saturday with his 2005 hit “Beer in Mexico.” There wasn’t a moment where he wasn’t jumping, waving his arms or high-fiving fans in the crowd.

Although his 2019 tour is named after his latest album, “Songs for the Saints,” Chesney stuck to performing tried and true audience favorites on Saturday such as “Summertime,” “No Shoes, No Shirt, No Problem” and “I Go Back.”

Chesney brought his beachy island vibes to Grand Rapids with aid from a massive LED display behind him which showed footage from his many adventures in the tropics during most songs, with a slide-show of Chesney’s childhood photos shown during his nostalgic tune, “Young.”

The clear and open stage allowed Chesney to scramble around and interact with fans from all angles. Every time he noticed a fan holding up a sign, he pointed it out and shouted, “I appreciate it!”

‘THE LOUDEST CROWD I’VE EVER HEARD’

Opening for Chesney was multi-instrumentalist Caroline Jones and “the king of hillbilly rock” David Lee Murphy, as Chesney dubbed him. Chesney brought Jones back on stage to sing his 2010 duet, “You and Tequila.” 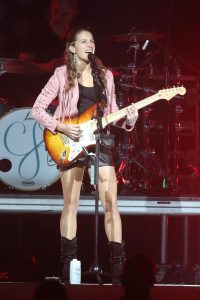 Later, he brought Murphy back out to perform the song they released together last year, “Everything’s Gonna Be Alright.”

Throughout the entire concert, it seemed there wasn’t a song the audience didn’t embrace and cheer. “This is the loudest crowd I’ve ever heard,” said fan Jake Knoth.

As he wrapped up his 14th overall show in the history of Van Andel Arena, Chesney sang the beautifully written “Anything But Mine,” while couples held each other and sang every line.

Yes, there was “something about this arena” that proved Chesney’s music resonates with Grand Rapids fans — in every ovation, in every beer held high, and in every lyric recited.

That beach party will continue Sunday night when Chesney takes the stage at Van Andel Arena for a second time this weekend. A few tickets remain and are available online via ticketmaster.com. 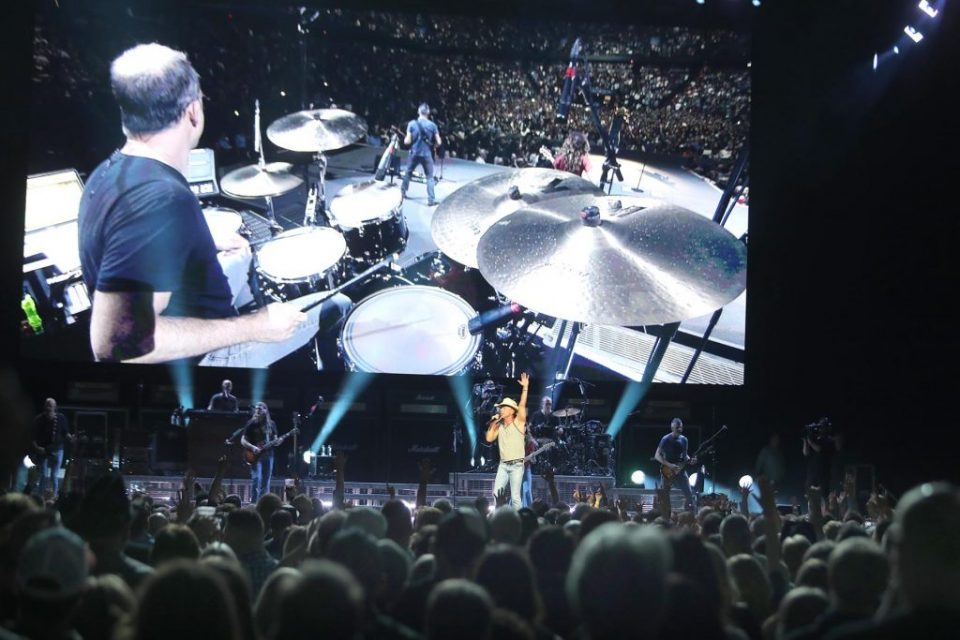 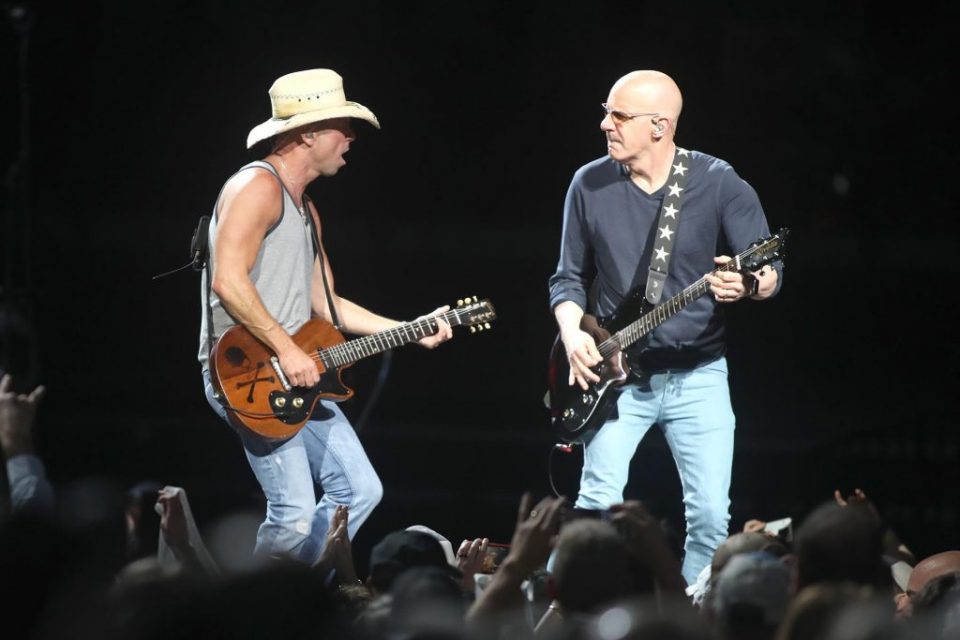 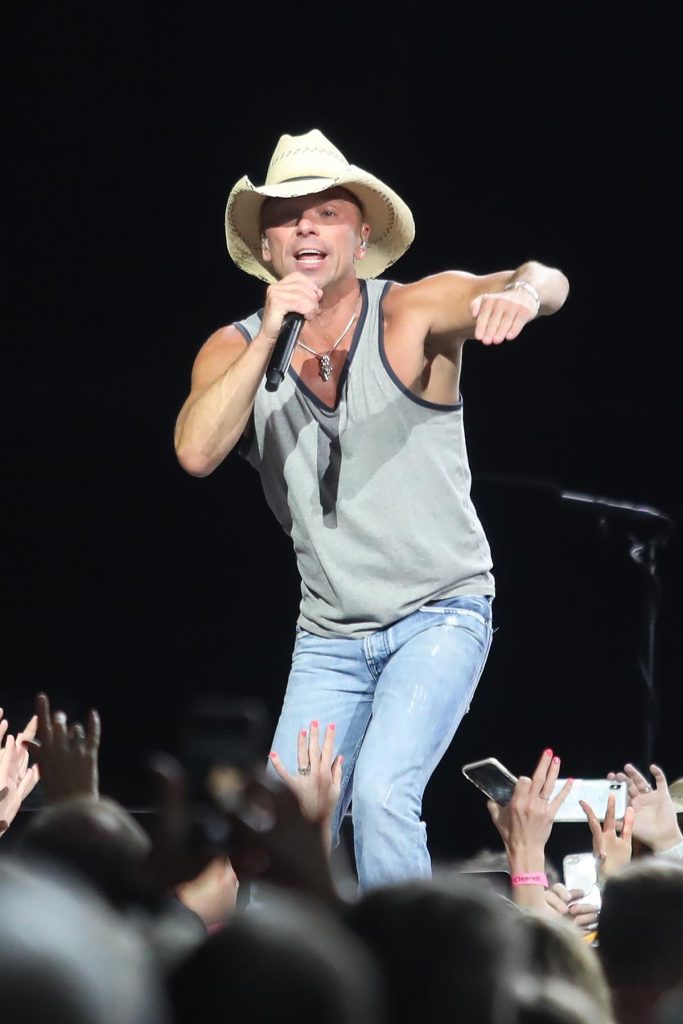 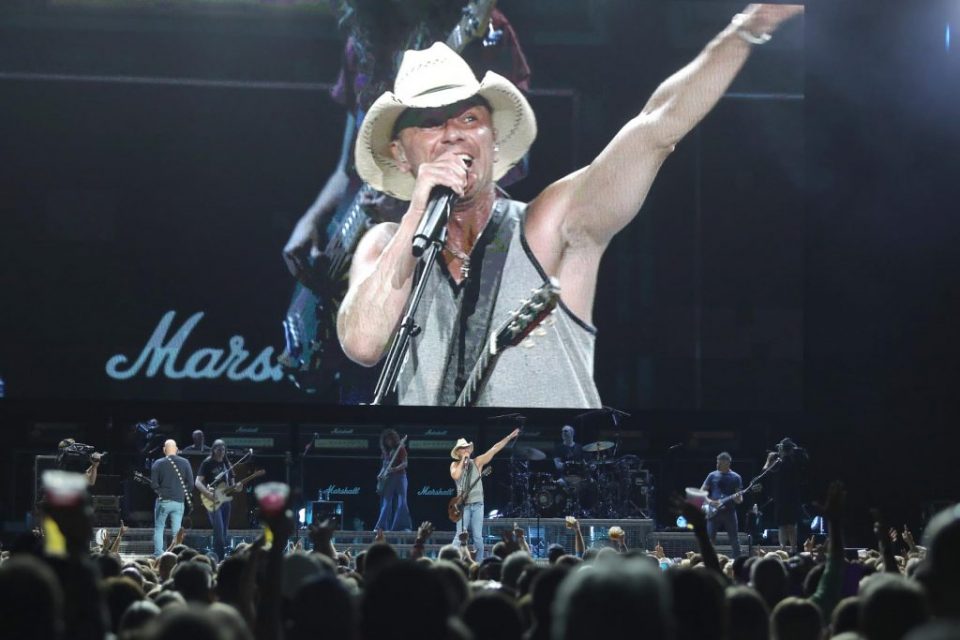 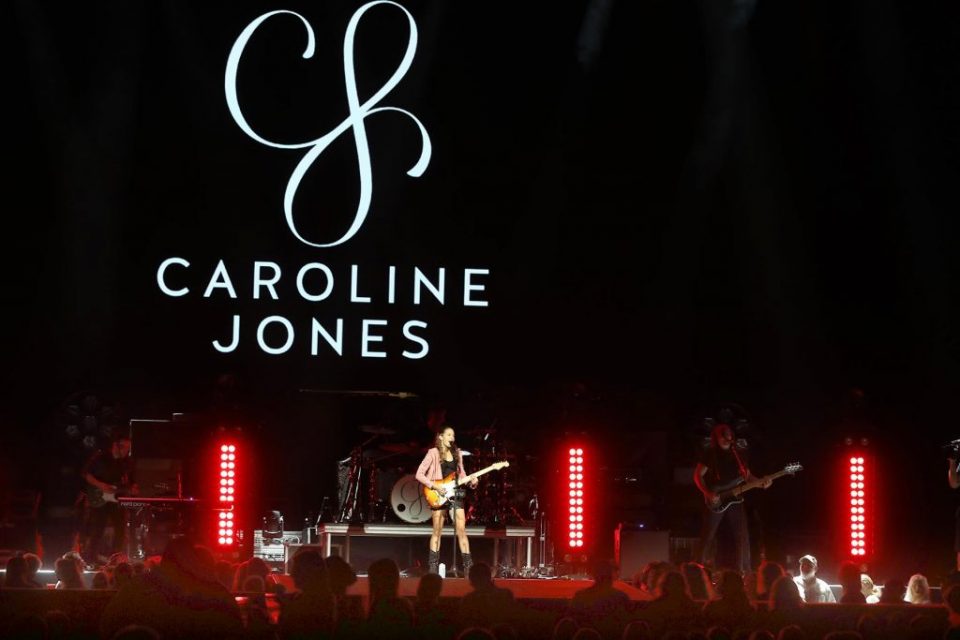 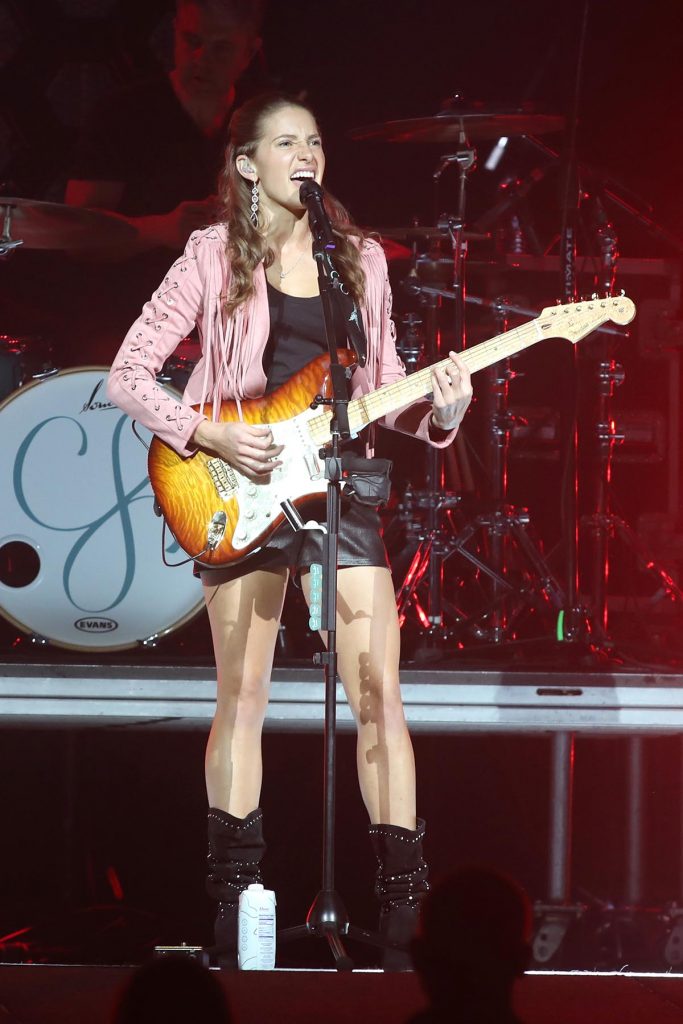 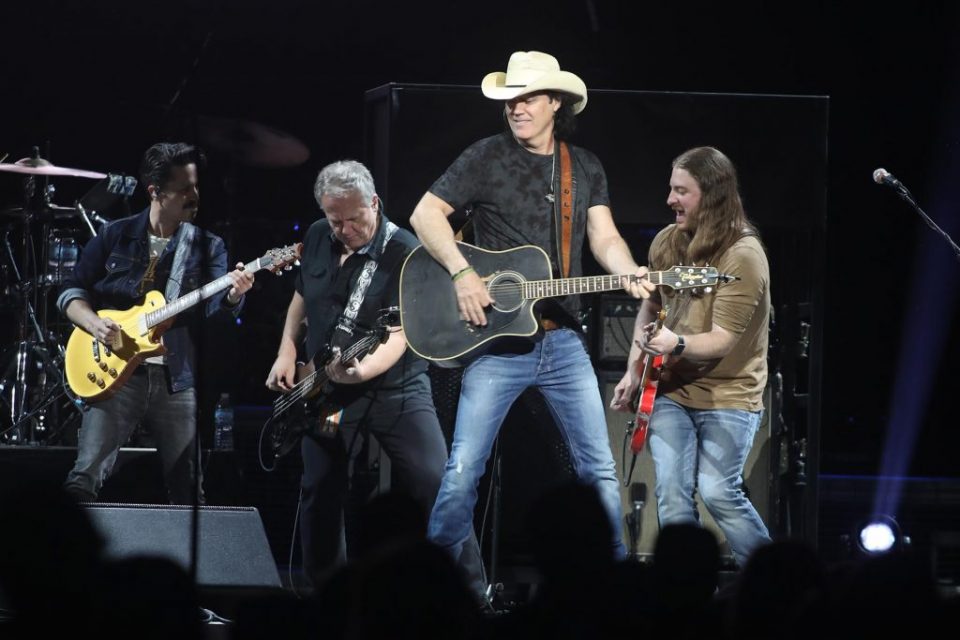 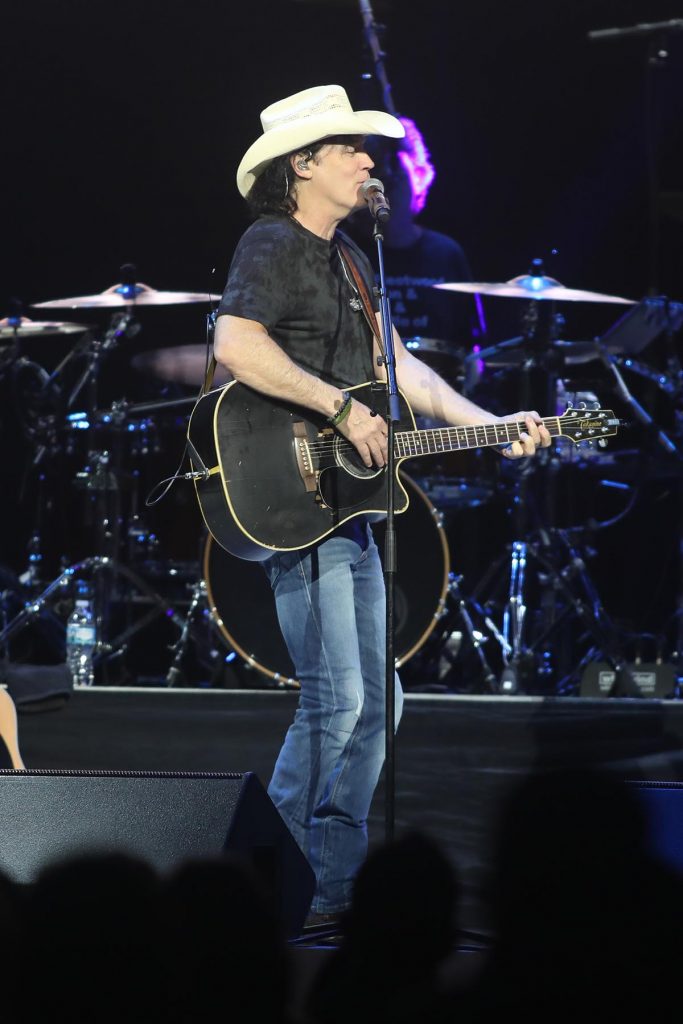