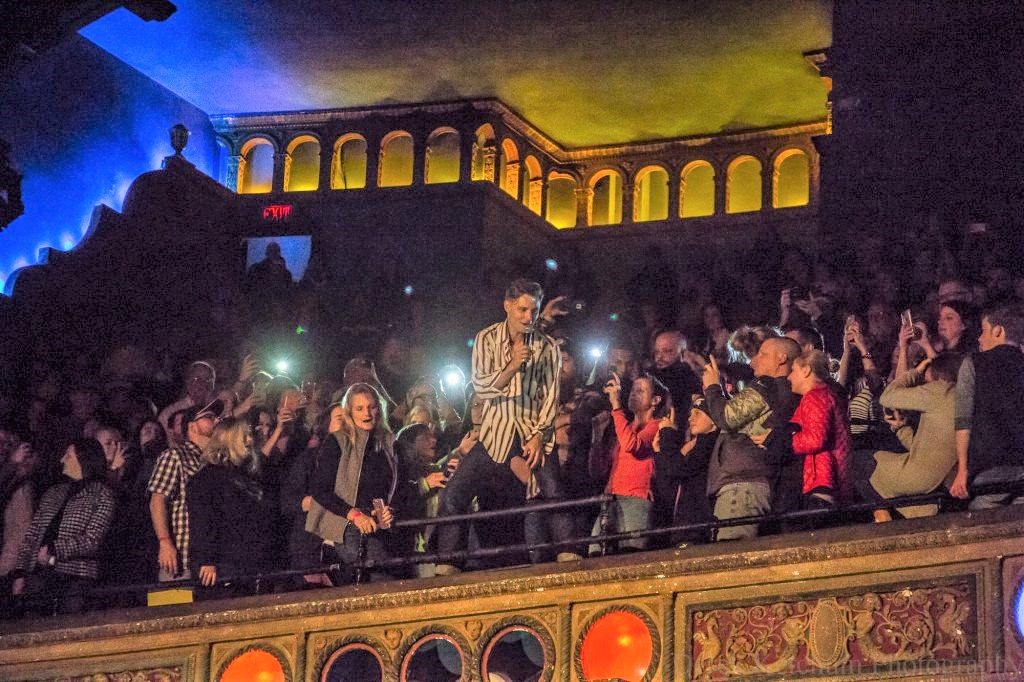 EDITOR’S NOTE: For its weekly guest playlists, Local Spins has focused on songs submitted by representatives of West Michigan concert venues silenced by COVID. Today, Harry Phillips of Kalamazoo’s State Theatre offers the venue staff’s Top 10 list of tracks from artists who’ve graced the stage in the past. Scroll down to listen to the playlist on Spotify.

It’s been a long — unanticipated — haul for West Michigan’s concert halls so far in 2020.

Like other venues, the Kalamazoo State Theatre has been forced to cancel and postpone a bevy of shows due to COVID-19. But the theater has hosted live-stream concerts and outdoor shows to stay in the fray. They put it this way:

“The Kalamazoo State Theatre, built in 1927, has ‘always been a centerpiece of downtown.’ But the theater hasn’t had an in-person show since March 7. The pandemic has changed the way the State Theatre has interacted and stayed connected with its patrons.

We wanted to continue supporting local artists even during the pandemic when in-person performances are no longer a possibility. So we have done live-streams to give artists a platform virtually, and we have been doing ‘State on the Street’ with music from the marquee so we could give people a reason to come downtown. We are very excited that the new executive order will allow us to reopen to a limited capacity audience soon. We will reopen as soon as we can do so in a manner that is safe to our patrons, staff and performers.

Our Top 10 playlist represents acts that have played the Kalamazoo State Theatre over the years, from The Goo Goo Dolls who filmed a music video here to Tusk: The Ultimate Fleetwood Mac Tribute which played the theater in 2019 and will return to play a COVID-postponed show on Aug. 27, 2021. Many Michigan acts in here.”

1. Frankie Ballard, “Tell Me You Get Lonely” (2014) – Marketing Coordinator Shannon Cleveland saw him open for Bob Seger before he made it big, and this was the song that pulled her in and made her a Frankie Ballard fan. It’s just so catchy and easy listening.

2. Tracy Chapman, “Fast Car” (1988) – Often imitated, never duplicated. No cover will ever beat the original. Such a powerful song that is timeless. It especially hits close to home with the pandemic.

4. Goo Goo Dolls, “Fearless” (2019) – Performed live from Kalamazoo State Theatre, and the lyrics are pretty strong when thinking about how to survive 2020.

5. Halestorm, “I Am the Fire” (2015) – This is Halestorm performing live from Kalamazoo State Theatre in 2016. Powerful lyrics, upbeat, kickass song.

6. Fleetwood Mac, “Don’t Stop” (1976) – Inspirational lyrics that made for a fun community project during the stay at home quarantine order. The lyric video was made by partnering with other Kalamazoo businesses.

8. Styx, “Renegade” (1978) – Amazing harmonies and then kicks you in the face with that guitar riff. If you don’t sing along with this one, there is something wrong with you.

9. The Charlie Daniels Band, “The Devil Went Down to Georgia” (1979) – The classic tale of dueling the devil at the crossroads gets a country treatment and blistering fiddle playing — not to mention it’s a borderline rap song.