The Traverse City-based singer-songwriter gets “saved by America” in voting by viewers as revealed on the NBC reality show on Wednesday. The show resumes Monday. (Video) 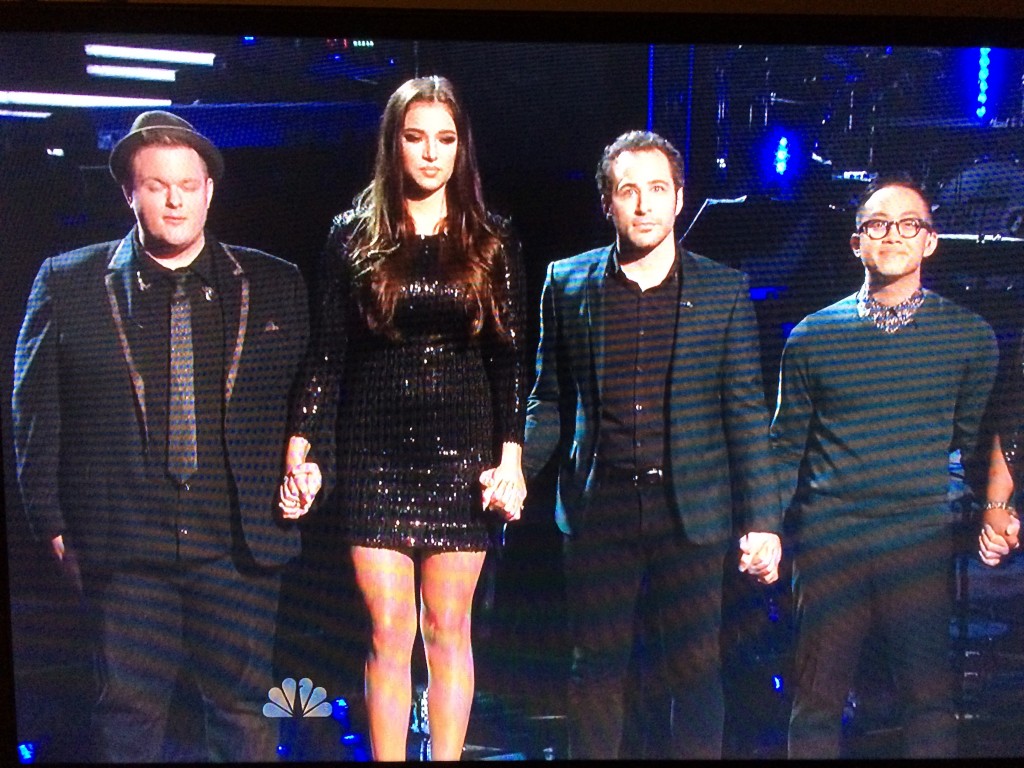 Waiting for Results: Team Adam, with Joshua Davis (third from left) on ‘The Voice’ Wednesday night.

‘THE VOICE’ RESUMES WITH JOSHUA DAVIS AT 8 p.m. MONDAY ON NBC

Not only has Michigan’s Joshua Davis survived on Season 8 of NBC’s “The Voice,” but the talented singer-songwriter has emerged as one of the favorites among the reality show’s 12 finalists. (Check out one ranking here.)

Davis moved on to the Top 12 after it was revealed on “The Voice” Wednesday night that he was among the top two vote-getters in nationwide fan voting for the five members of the singing competition’s Team Adam (as in judge and Maroon 5 singer Adam Levine). 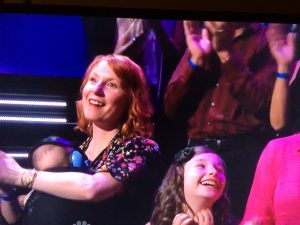 Singer Deanna Johnson also was “saved by America,” with Levine choosing Brian Johnson as the third survivor from his team.

Davis, the oldest remaining finalist on “The Voice,” displayed relief and smiles upon learning his fate, with his family beaming widely in the audience when his name was announced as the first competitor from Team Adam to move on.

As part of the “live playoffs” on Tuesday night, Davis performed English singer-songwriter George Ezra’s song, “Budapest,” and once again earned accolades from the panel of judges.

After Wednesday’s results show, Davis posted a message for fans on his Facebook page: “We did it! I’m blown away by all of this. Your support made this happen. Thank you so much. I’m speechless. Type-less.”

To generate support for Davis, watch parties for his live performance on Tuesday were held at Grand Rapids’ Wealthy Theatre and Traverse City’s State Theatre.

The next round in the competition commences on Monday night on NBC. Get more information about how to vote at earthworkmusic.com. Also, Earthwork Music is encouraging fans to organize “neighborhood potlucks” to watch the show Monday night and vote for the singer.

JOSHUA DAVIS, “BUDAPEST,” ON “THE VOICE”