A soulful charm marked both releases in this year-end roundup, which also salutes recordings by The War & Treaty, Cole Hansen, Cameron Blake, Drinking Mercury and other West Michigan gems. 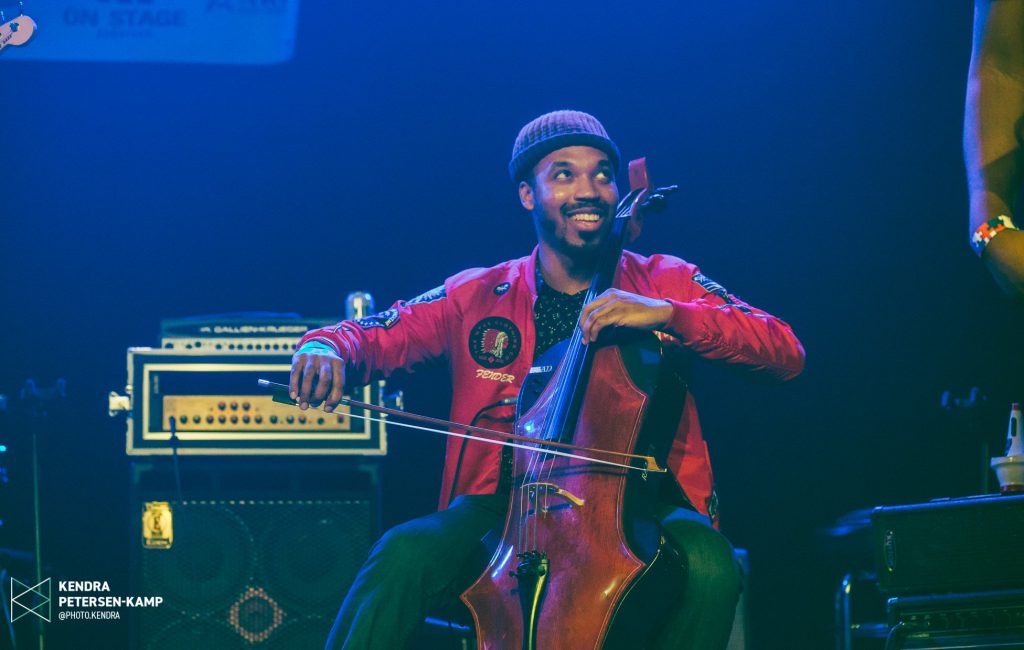 SCROLL DOWN FOR LOCAL SPINS PLAYLISTS ON SPOTIFY

When northern Michigan’s May Erlewine teamed up with the Woody Goss Band last year for a collection of jazzy “feel-based music,” she was overjoyed by the fun, collaborative process that project radiated. 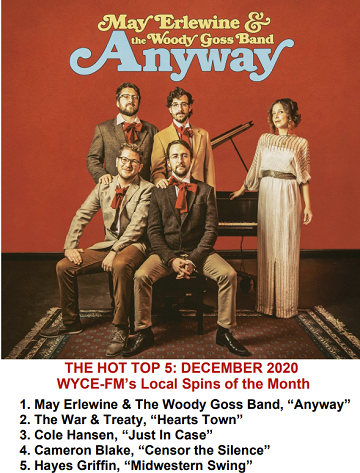 It’s the fourth year in a row that May Erlewine has topped the Hot Top 5 chart.

So were her fans, who’ve embraced “Anyway” and its soulful, gentle grooves so much so that the album climbed to No. 1 on December’s Local Spins Hot Top 5 Chart, representing the regional release that racked up the most radio airplay last month at Grand Rapids’ WYCE (88.1 FM).

A soulful vibe – along with a cello-driven blend of hip hop and lilting pop – also happened to propel the No. 1 song of the year at WYCE: Kalamazoo musician Jordan Hamilton’s “No Songs for the Weekend,” which ranks as the most-played local/regional track of 2020.

The song by Hamilton, who was named Local Spins’ Emerging Artist of the Year last February when he also won WYCE Jammie Awards for album of the year and best hip hop album, nudged out tracks by Grand Rapids singer-songwriter Cameron Blake (“Henny Penny”) and West Michigan indie-rock band Drinking Mercury (“Stay Home”) for the top slot, based on song spins by WYCE programmers and tabulated by music and production manager Shane German.

“I’m very grateful that people resonated with the song,” Hamilton told Local Spins, adding that he’s recording new material in 2021 along with creating a concert-and-interview series and working with a youth orchestra ensemble that features black composers and artists. He’s also teaching and rehearsing with the Last Gasp Collective.

Listen to the Top 10 Songs of 2020 on the Spotify playlist below, a roster of wide-ranging tracks ranging from the rap of JRob to the progressive neosoul of Earth Radio. 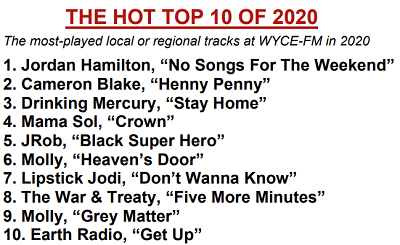 The December Hot Top 5 Chart featured two albums – The War & Treaty’s “Hearts Town” at No. 2 and Cameron Blake’s “Censor the Silence” at No. 4 – that have stayed on the chart three months in a row. Hayes Griffin’s former No. 1 entry, “Midwestern Swing,” re-entered the chart at No. 5, while Grand Rapids singer-songwriter Cole Hansen made her chart debut in December with “Just in Case” at No. 3.

As for Erlewine – who has held the No. 1 spot on the chart in either November or December every year for the past four years – told Local Spins in a recent interview that she sorely misses being around bandmates and other musicians due to the pandemic.

“My bandmates are like my family and I get so much nourishment just from spending time with them and arranging songs with them. It’s one of the ultimate highs in my life. I miss that so much,” she told writer Ricky Olmos. “The spontaneity created a lot of magic and inspiration in my being.”

Check out all of the 2020 Hot Top 5 Charts, along with Local Spins reviews of the charting artists’ albums.

THE HOT TOP 5 FOR DECEMBER 2020: The Local Spins Playlist on Spotify